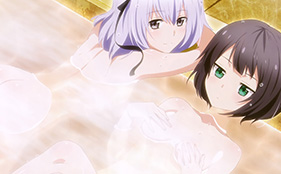 Airi Arcadia and Noct Leaflet from the anime adaptation of Senri Akatsuki and Ayumu Kasuga’s Saijaku Muhai no Bahamut (Undefeated Bahamut Chronicle) light novel series has been featured as a poster in the March 2016 issue of Megami. You can purchase this issue here (get 5% off with coupon code MOE-N3Y-4YW0QK). In related news –  Krulcifer Einfolk, Lisesharte Atismata and Philuffy Aingram from the series has been featured as a double page spread in the February 2016 issue of Dengeki G‘s Magazine. You can purchase this issue here (get 5% off with coupon code MOE-N3Y-4YW0QK). 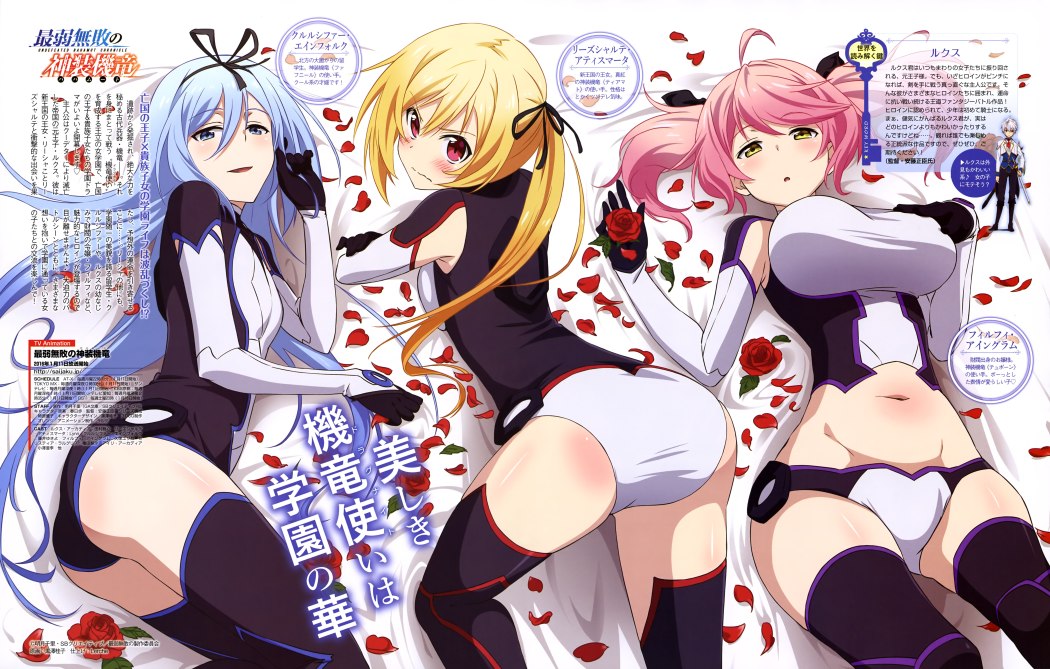 A poster of the series featuring Lisesharte Atismata and Krulcifer Einfolk from the upcoming anime adaptation of Senri Akatsuki and Ayumu Kasuga’s Saijaku Muhai no Bahamut (Undefeated Bahamut Chronicle) light novel series has been featured in the February 2016 issue of Megami. This issue can be purchased here (get 5% off with coupon code MOE-N3Y-4YW0QK). 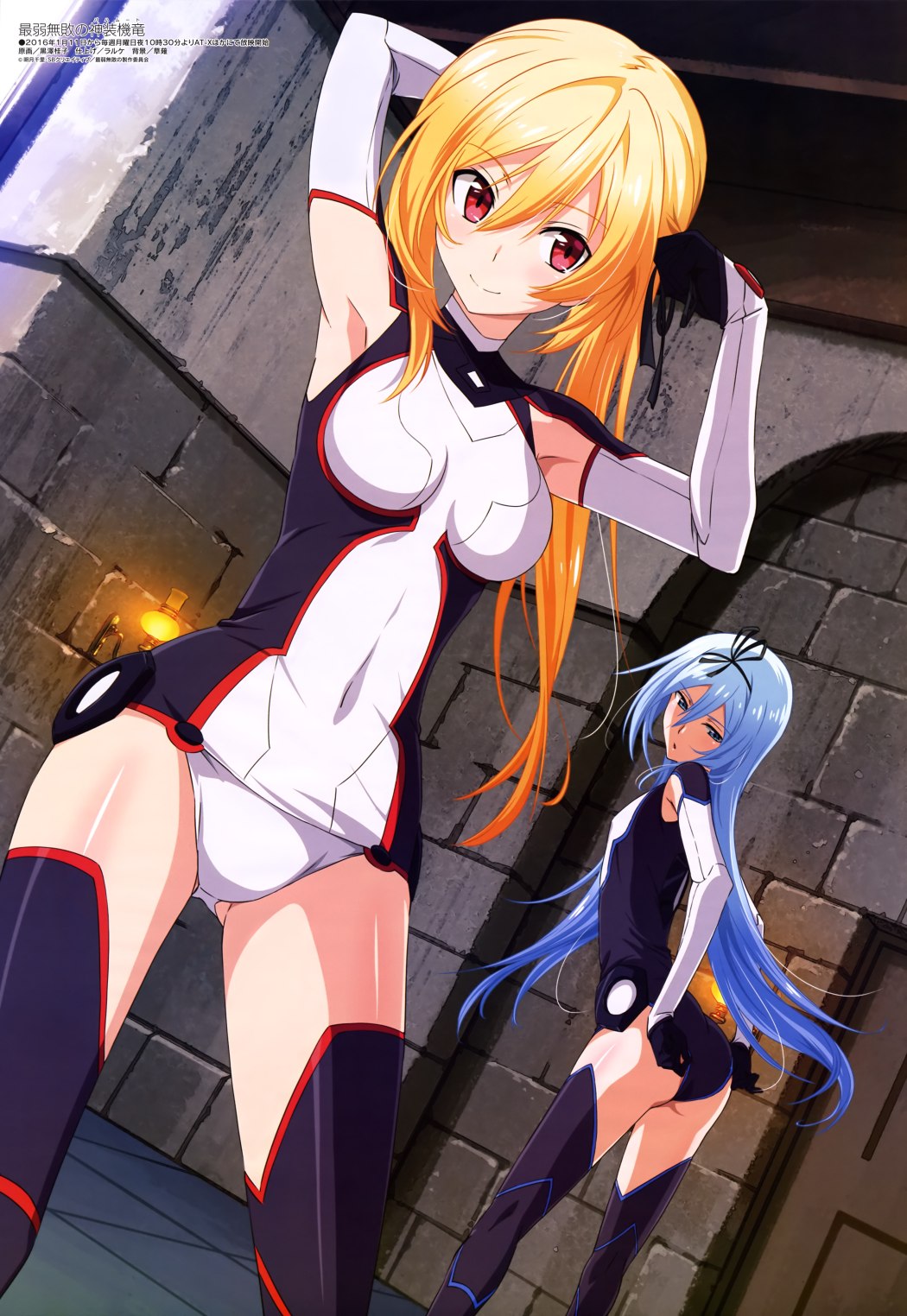 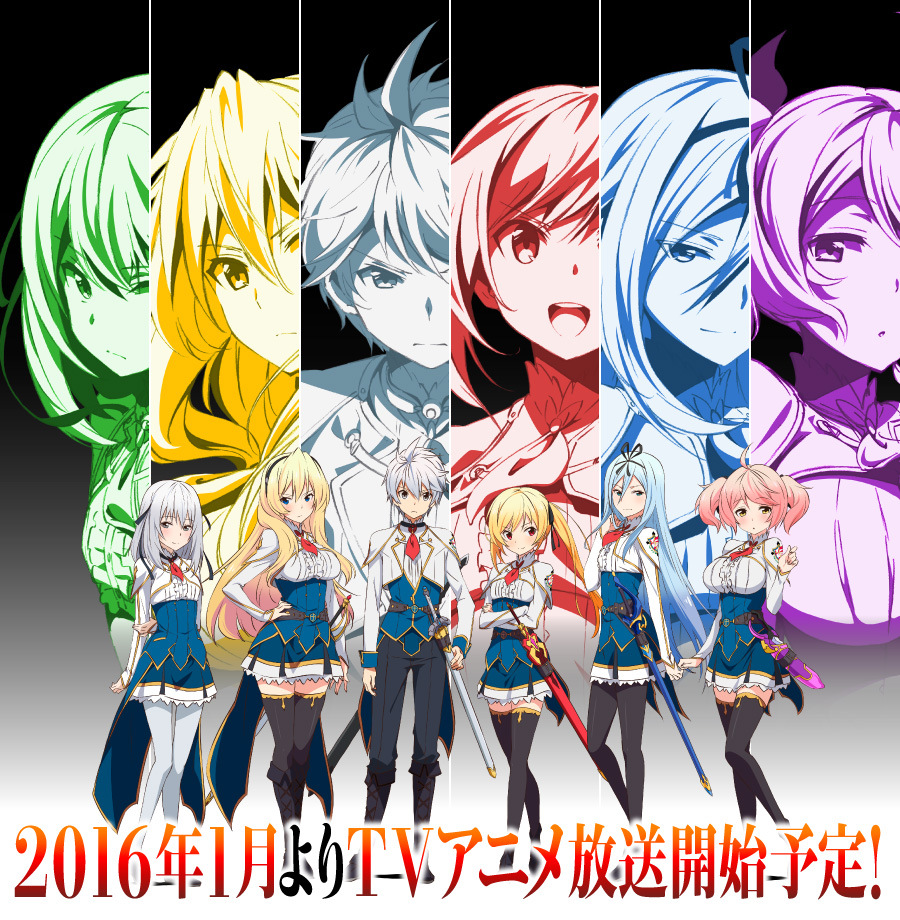 The character designs of the anime’s main cast includes: 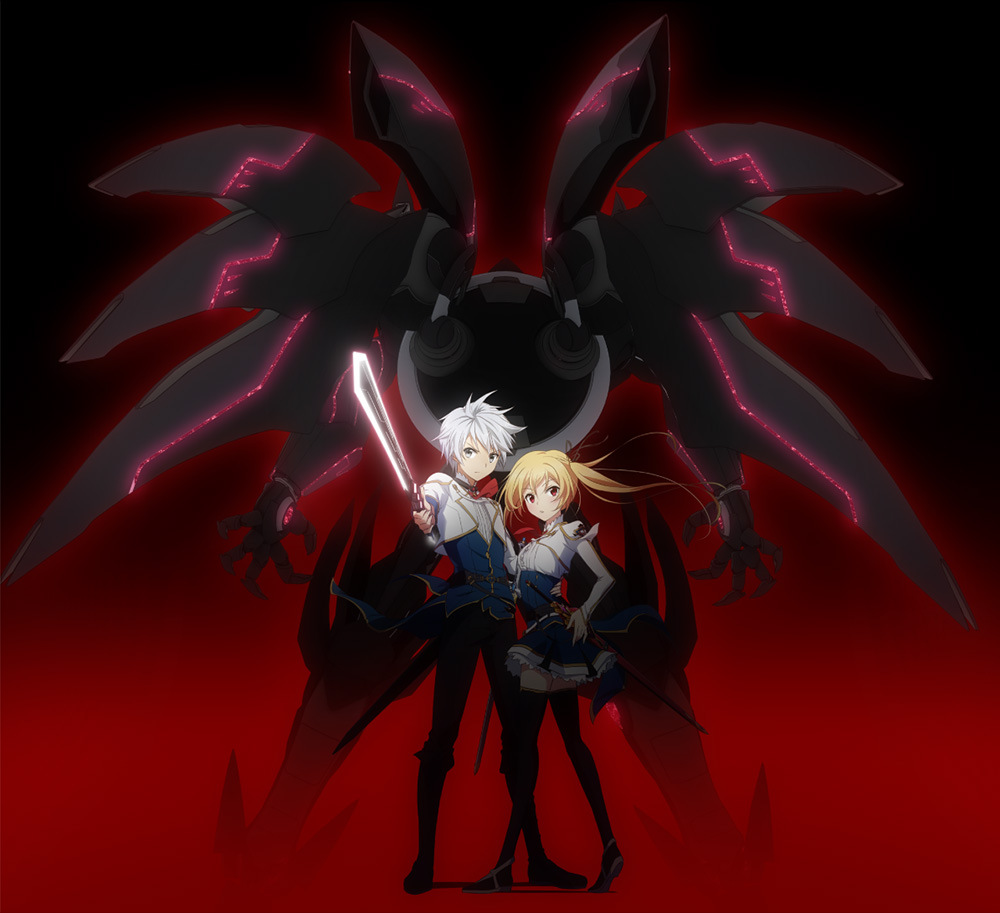