With the second anime adaptation of of Naoshi Komi’s manga Nisekoi airing this season, a new visual of the Onodera sisters has been featured in the June issue of Megami which can be purchased here. Kosaki Onodera and Haru Onodera can both be seen in their swimwear while embracing each other. 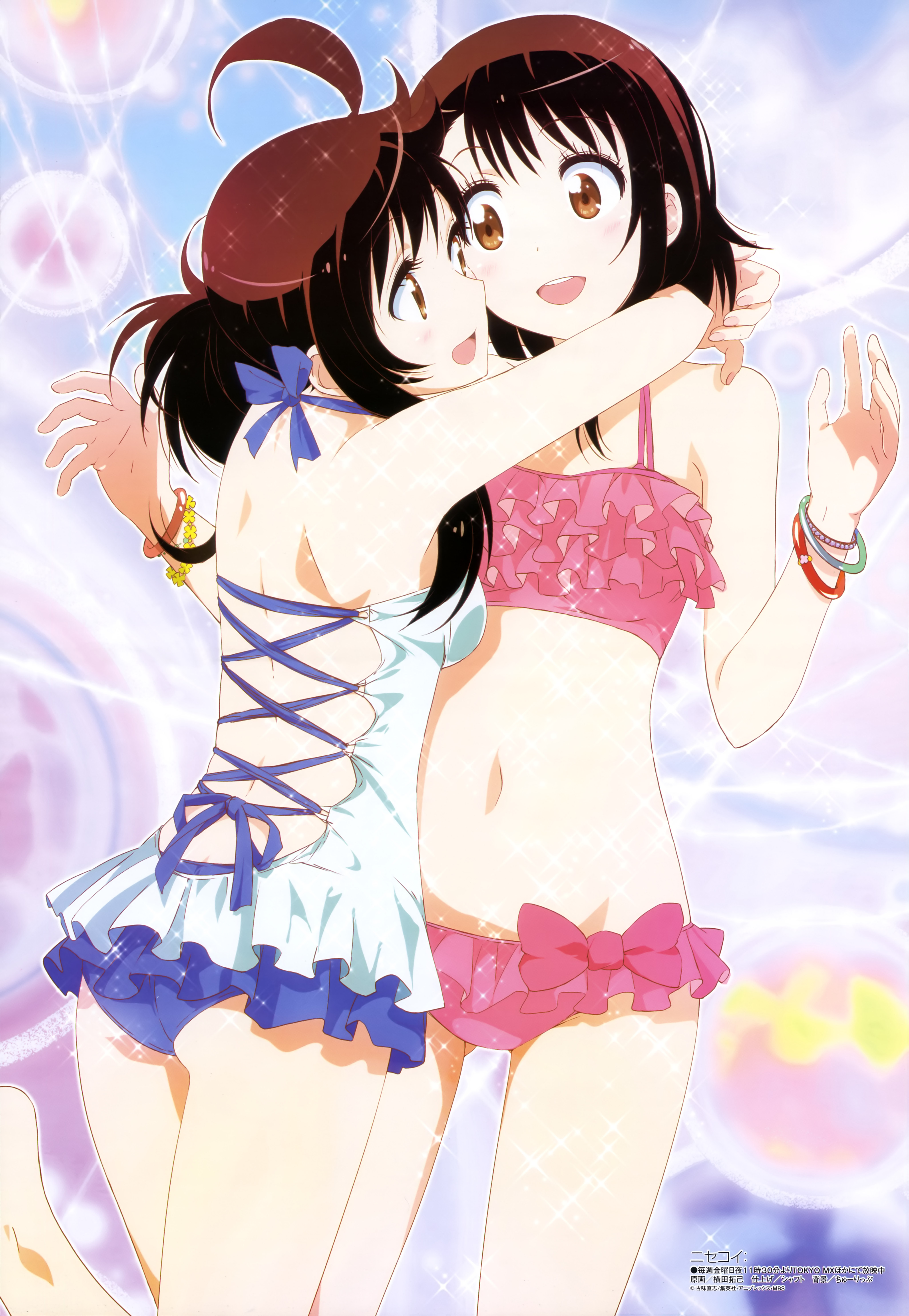 Nisekoi Season 2 airs every Friday on Tokyo MX at 23:30 JST.