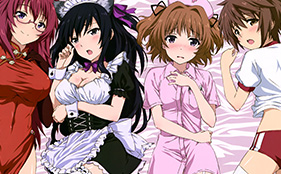 The girls from the anime adaptation of MinatoSoft’s Shoujo-tachi wa Kouya wo Mezasu visual novel game has been featured as a double page spread in the March 2016 issue of Megami. You can purchase this issue here (get 5% off with coupon code MOE-N3Y-4YW0QK). 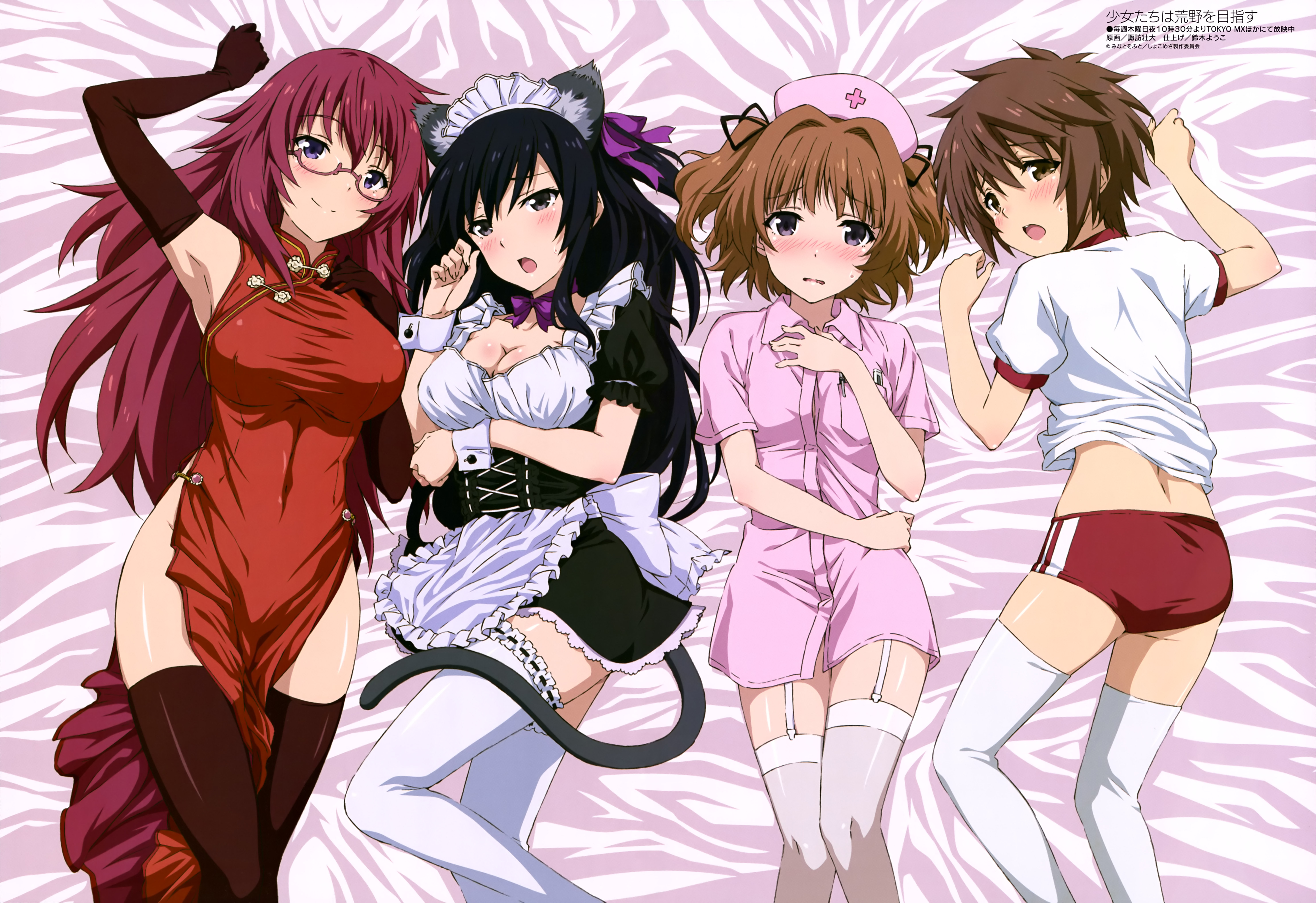 In addition to this, Sayuki Kuroda has been featured as a double page spread in the February 2016 issue of Dengeki G‘s Magazine. You can purchase this issue here (get 5% off with coupon code MOE-N3Y-4YW0QK).

In addition, another visual featuring the girls from the anime has been featured as a poster in the February 2016 issue of Megami. This issue can be purchased here (get 5% off with coupon code MOE-N3Y-4YW0QK).

Shoujo-tachi wa Kouya wo Mezasu is a visual novel developed by Minato Soft to be released for Windows on March 25, 2016. An anime television series adaptation, produced by Project No.9 and directed by Takuya Satou, will premiere in January 2016.

Buntarou doesn’t know what he wants to do in the future. He does not have any kind of dream that he wants to pursue, so currently he just spends his days hanging around with his friends. One day, his classmate Sayuki asks him if he wants to help with development of a gal game. She says that she had become interested in his help after she read one his works intended for the drama club.

Buntarou doesn’t know anything about gal games, but Sayuki claims that she has the ability to make it a success. Can they make the game, and will it be a success like she claims it will be? This is the story of youths taking a daring step into the unknown…