The second season itself will be airing from January 8 next year on Tokyo MX, before airing on TV Osaka, TV Aichi, TVQ, Dlife and ATX-1 in the subsequent days. There will also be an advanced screening session of the first episode on January 4 at the Toho Cinemas in Nihonbashi. More information about ticket purchases will be revealed soon.

There will also be a Tokyo Ghoul event running from January 25th till the 30th next year titled Escape from Tokyo Ghoul × Nazomate. The small event will take place at 11am, 1:30pm, 4pm and 6:30pm each day on the 9th floor at the Animate store in Ikebukuro, with advance tickets going for ¥1,500 (~ $15.00 USD) and regular tickets for ¥1,800 ($18.00 USD). The 60 minute performance will have an original story set in the world of Sui Ishida’s manga and will be played out like a survival game. The event will also feature Natsuki Hanae (Hikari Sakishima in Nagi no Asukara) reprising his role as Ken Kaneki and Toshiyuki Toyonaga (Mikado Ryuugamine from Durarara!!) as Hideyoshi Nagachika at the event.

Additionally, a Tokyo Ghoul themed cafe will be opening at the Animate Cafe Caravan, from January 31 till Febuary 22, and the Kobe and Nagoya Animate stores, from February 17 till March 22. There will be various dishes and meals themed after the series for purchase.

The upcoming second season will be based on a new original story written by Ishida, rather than adapting the remainder of his original manga. The series will once again be animated by Studio Pierrot (Naruto Shippuden, Bleach) and the majority of the cast and staff will return to reprise their roles. This comes after the official Chinese website for the anime accidently leaked the information late last month. The website itself quickly removed the announced.

Additionally the first promotional video for the upcoming series was earlier released: 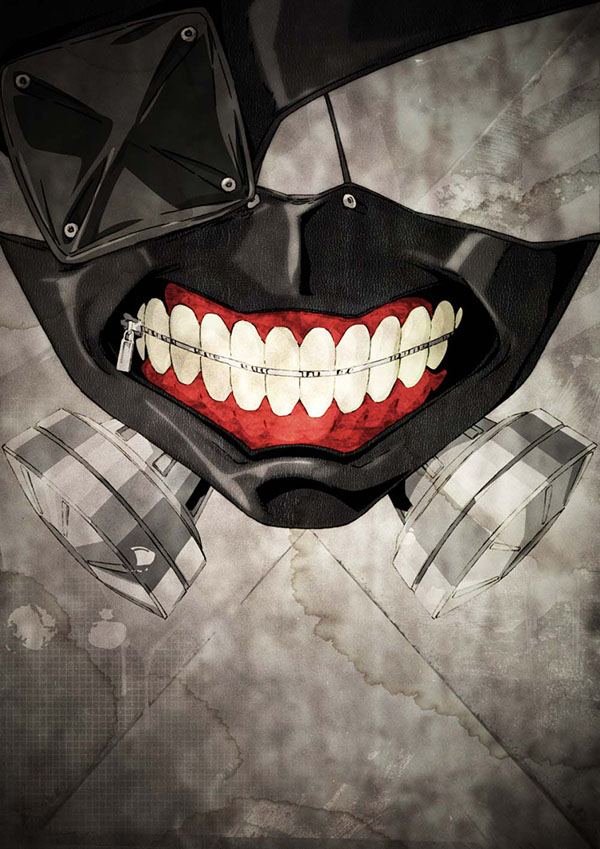 Tokyo Ghoul √A will be airing from January 8 next year during the Winter 2014/2015 anime season on Tokyo MX. An advanced screening of the first episode will be held at the Toho Cinemas in Nihonbashi on January 4. More information about the screening and the anime will be revealed soon.