A new poster visual of Sui Ishida’s Tokyo Ghoul series has recently been featured in the latest issue of PASH! Magazine. The new visual features Ken Kaneki and Hideyoshi Nagachika. 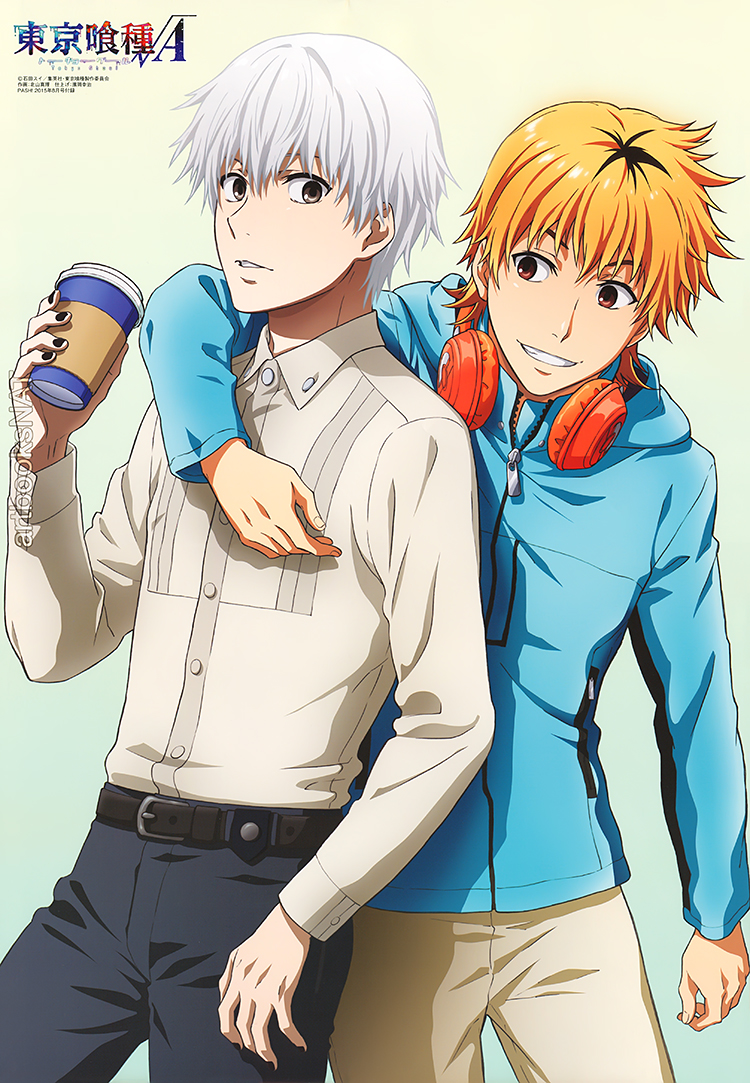 Earlier last month the first promotional video for the upcoming OVA of Sui Ishida’s Tokyo Ghoul spin-off prequel, Tokyo Ghoul JACK, has been streamed. The OVA is scheduled for fall and the story is centered around the character Kishou Arima, who is a High School student by day and a ghoul investigator by night. The story is also set in and revolves around the 13th ward.