An anime adaptation of the light novel series Inou Battle wa Nichijou-kei no Naka de, has been announced. It was revealed in the latest volume, by Kota Nozomi. The anime series has been confirmed that it will be produced by Trigger, known for producing Inferno Cop and the series Kill la Kill. 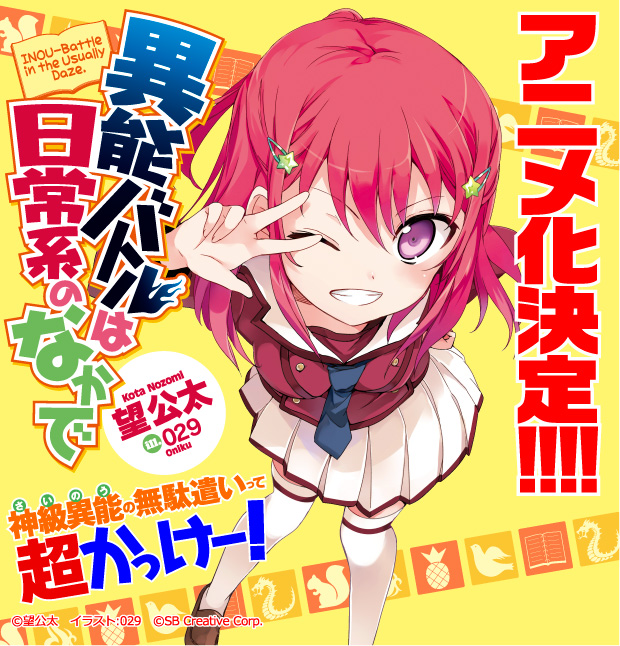 Inou Battle wa Nichijou-kei no Naka de is a light novel series by Kota Nozomi. The series started in 2012, and to date has 6 volumes released. The illustrations and designs are done by Oniku, also known as 029, who also did the illustrations of the Hataraku Maou-sama! light novels. The light novels are published by SB Creative in their GA Bunko imprint. A manga adaptation by Kousuke Kurose began late last year, being published in Kadokawa’s Monthly Comp Ace magazine. 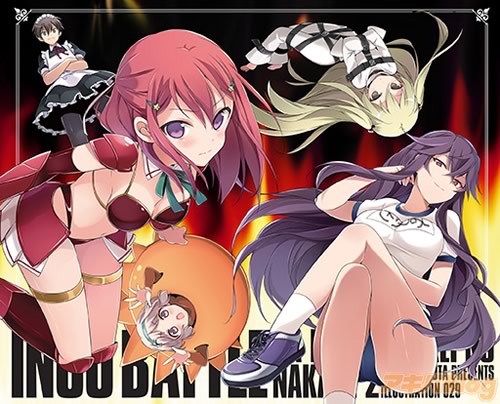 In the original novel series’ story, the five members of the literature club awakened with extraordinary powers half a year ago. Although the members expected to be thrown into a world of super-powered battles (inō-battle) at their school, their normal daily routine continued. No secret organizations bent on world destruction, no super-powered wars, no braves or demon kings.

However, the members still look forward to the possibilities of adventure, and continued to believe that with each day, they were getting ever closer to those days of fantasy. Their days of romantic comedy and battles with extraordinary powers begin!

Here are all the volume covers of the series, including the 6th with the anime adaptation announcement. 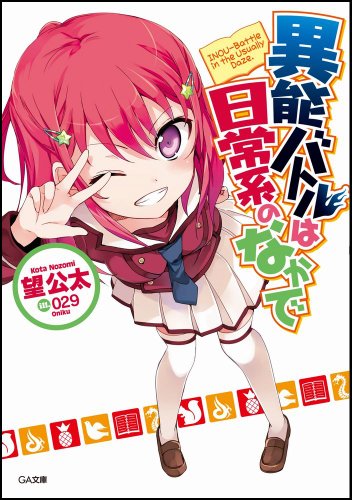 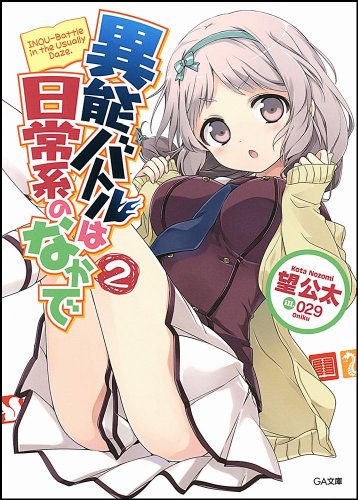 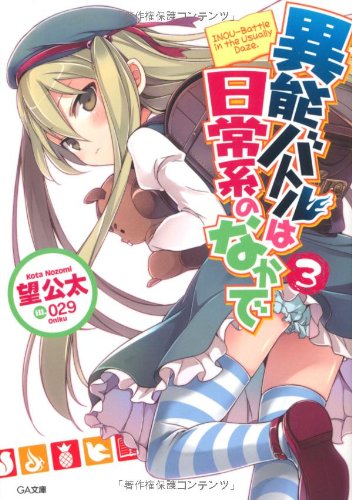 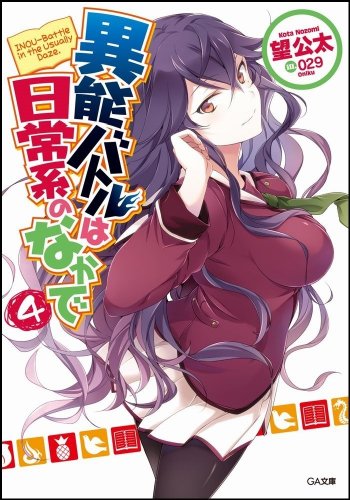 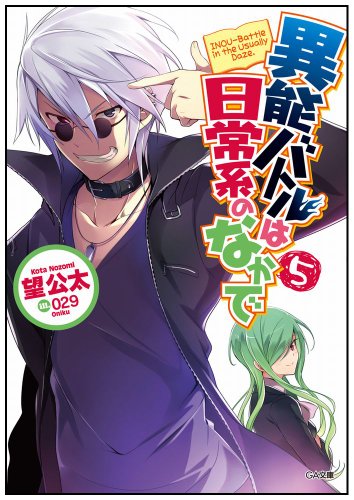 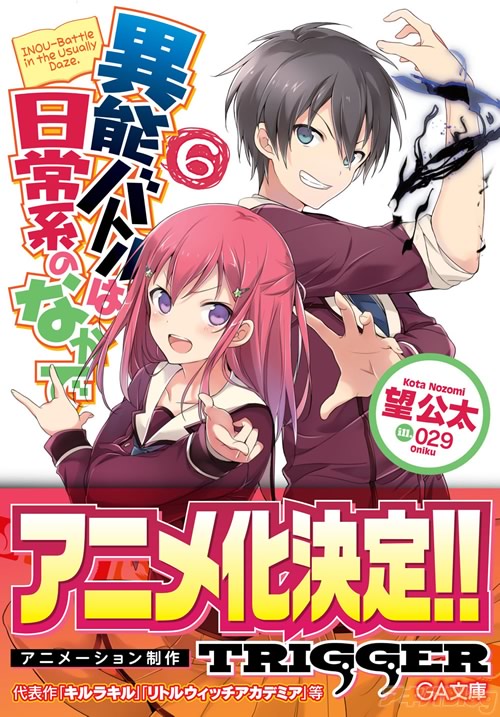 The Inou Battle wa Nichijou-kei no Naka de will be done by Trigger and is likely to air later this year. Keep an eye out for more information.