Home Anime TV Anime ‘Daitoshokan no Hitsujikai’ Due in October 2014!

The official website for the upcoming TV anime adaptation of August’s adult PC game Daitoshokan no Hitsujikai (A Good Librarian Like a Good Shepherd) announced that the anime series is set to air this October 2014 which falls under the Fall/Autumn 2014 anime season. 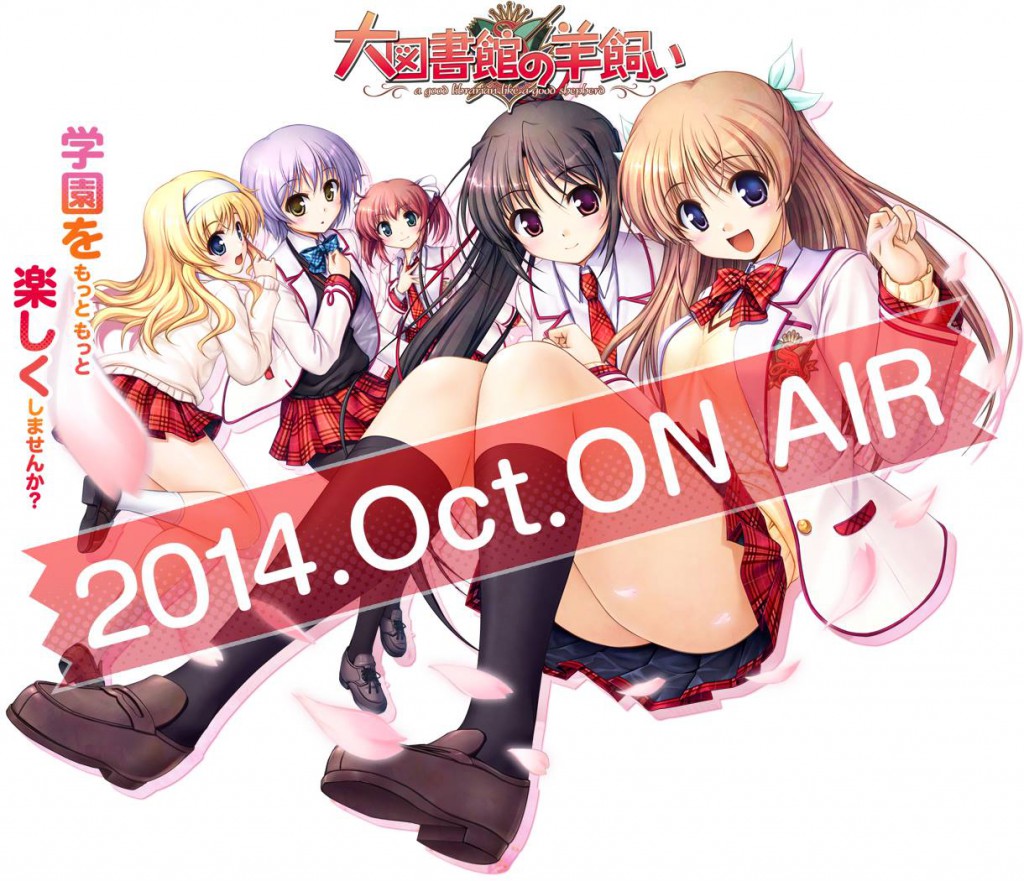