We are back with another TV vs Blu-ray of Non Non Biyori.  This time, we will delve into the 11th and 12th episodes of the anime. But why are we doing this? This is since Blu-rays are generally higher quality than their TV counterpart. Animation studios have additional time to reproduce scenes of the anime that may have been rushed to make their schedules and deadlines. They may redraw scenes, include flashier effects and/or improve the general quality of the anime. And it’s always interesting to see the differences between the two versions.

All the images below are from the 6th volume of the Non Non Biyori Blu-rays. So if you haven’t caught up with the series, these are

Spoilers for Episode 11 and 12 of Non Non Biyori.

Here is a video comparison of the TV and Blu-ray versions of Non Non Biyori Episodes 11 and 12 from QtQ over at Niconico. The TV version is on the left and the Blu-ray on the right. There are also footnotes on the differences on the bottom of the screen.

For a closer inspection on the differences, here are some comparison images. Click on them for the full resolution.

Non Non Biyori is an original manga series created by Atto. The manga began in 2009 and is published in Media Factory’s Monthly Comic Alive magazine. To date there is a total of 6 volumes, with the 7th releasing on July 23rd. An anime adaptation of the series was made in October 2013. The series was animated by Silver Link (Strike the Blood, Kokoro Connect). An OVA is scheduled to release with the 7th volume, and will feature an original story. The second season of the anime was announced earlier in the year. 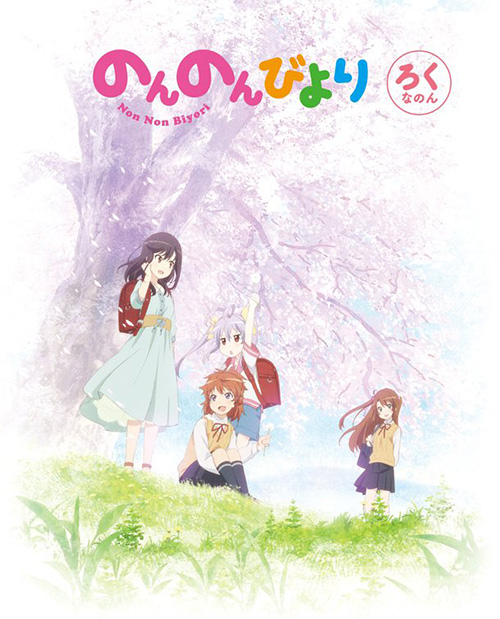 All the images and footage above are from Non Non Biyori Blu-ray volume 6. You can purchase the release from Amazon Japan, which costs  ¥5,594 (~ $59.94 USD) for episodes 9 and 10 (expensive I know). The second season of Non Non Biyori will be out later this year.

Source – Someone One,  QtQ Niconico