Two brand new commercials have been streamed online for the upcoming Attack on Titan exhibition at Universal Studios Japan, titled Attack on Titan The Real. The exhibition will be similar to the Monster Hunter exhibition featuring various giant model titans from Hajime Isayama’s manga and anime, as well as various cosplayers dressing up as the main characters from the series. There will also be various themed food from the series. There will also be various products being sold at USJ such as the cloaks from the Survey Corps.

Attack on Titan The Real launches at Universal Studios Japan from the 23rd of January till May 10th alongside the Monster Hunter The Real exhibition.

And here is the second:

Here is the main visual for the exhibition: 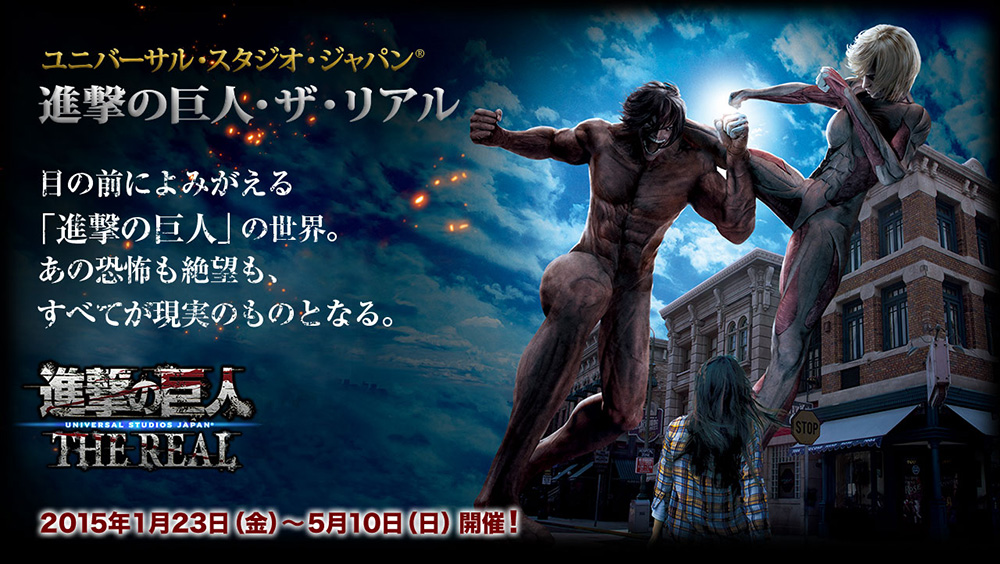