With the first Blu-ray volume of Sora no Method releasing soon two new commercials have been streamed for last season’s original anime produced by newly opened Studio 3HZ and directed by Masayuki Sakoi (Strawberry Panic, Sono Hanabira ni Kuchizuke wo: Anata to Koibito Tsunagi). The first Blu-ray release of Sora no Method will be out in Japan on January 28th and the second volume will be out on February 20. Both will sell for ¥7,000 (~ $59.50 USD)

The first volume of the Blu-ray release will have: the first two episodes of the anime with additional audio commentary, a ticket to an event on April 26 at the Shinjuku Bunka Center, a 28 page story book written by series creator Naoki Hisaya with illustrations by original character designer QP:flapper, an 8 page booklet about illustrations and interviews, and two illustration cards. The second Blu-ray volume will have similar items. 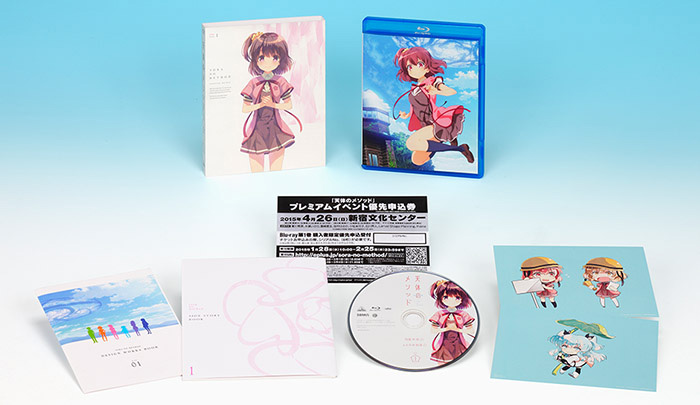 And the latest visual of the anime: 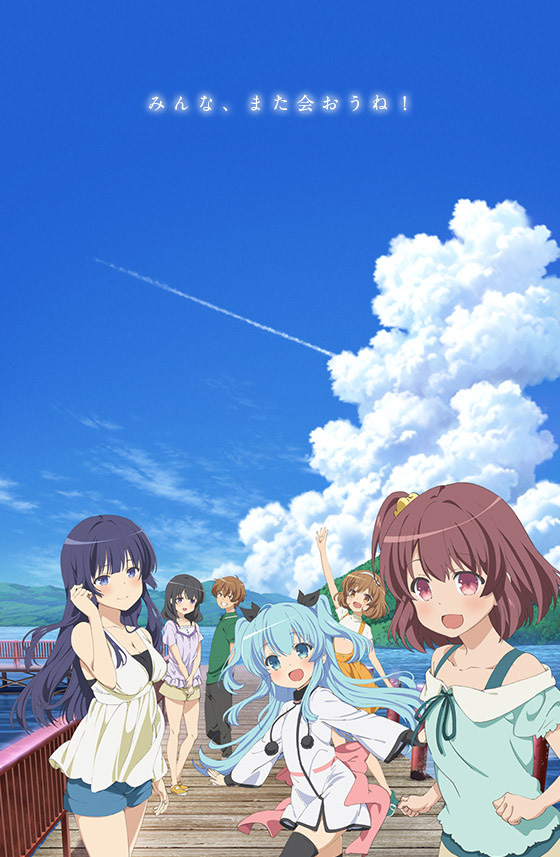 Sora no Method synopsis from Haruhichan

It’s been seven years since an unusual saucer mysteriously appeared in the sky above Kiriya Lake. With no one knowing what this strange object was or where it came from, concern and panic spread amongst the people. But as time went on this occurrence went from oddity to tourist attraction. Before long, the world lost interest entirely, and the saucer remained nearly forgotten in the sky. Now, former resident Nonoka Komiya returns to the small town after seven years in Tokyo. With only vague memories of her time in the town, the appearance of a spritely girl named Noel causes Nonoka to slowly remember wishes she and four of her friends made in an old observatory.