Umaru Doma from the anime adaptation of SankakuHead’s (Uzura Convenience, Arakure Neverland) manga, Himouto! Umaru-chan, has tried her best to stay up for the New Year Countdown but miserably failed and ended up falling asleep. 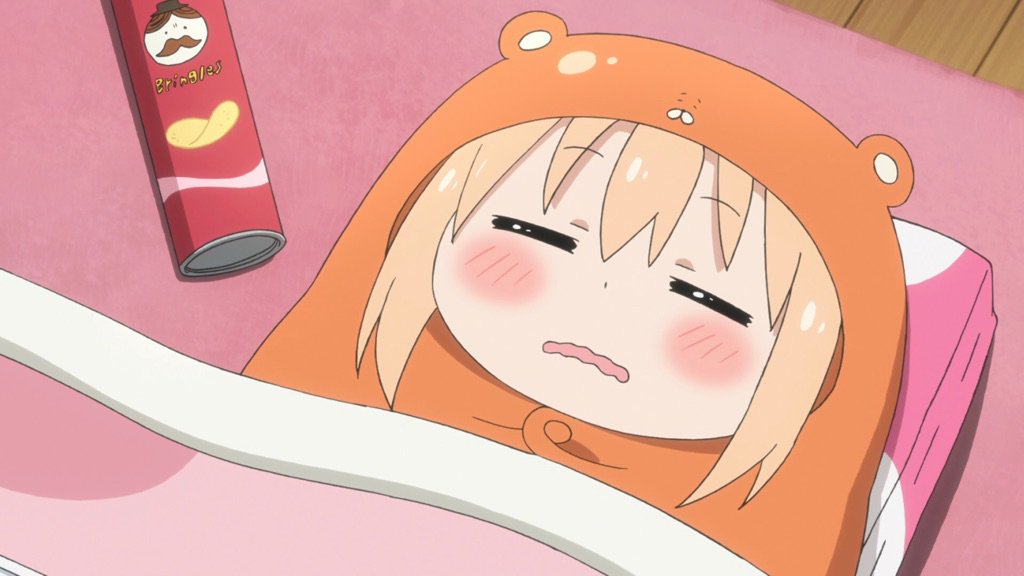 In related news, the cast from the anime series are getting ready for summer and have been featured in January 2016 issue of Dengeki G‘s Magazine as a summer themed double page spread. You can purchase this issue here (get 5% off with coupon code MOE-N3Y-4YW0QK).

In related news, Umaru Doma and Nana Ebina have been featured in a festive poster in the January 2016 issue of Megami. This issue of Megami magazine here (get 5% off with coupon code MOE-N3Y-4YW0QK) and you can view the other posters that come in this issue here.