The second TV spot video has released for the recently announced original anime The Rolling Girls. Not much is currently known about the new anime other than the series being animated by Wit Studio (Hal, Shingeki no Kyojin), directed by Kotomi Deai (Silver Spoon Season 2) with the original character designs from tanu (Tari Tari). A manga adaptation of the series began serialization this week in Mag Garden’s Monthly Comic Garden magazine from Yosuke Miyagi (Guilty Crown manga) and illustrated by Bonkara.

The Rolling Girls will be Wit Studio’s first original TV anime and will be airing in 2015.

Here is the first visual of the anime: 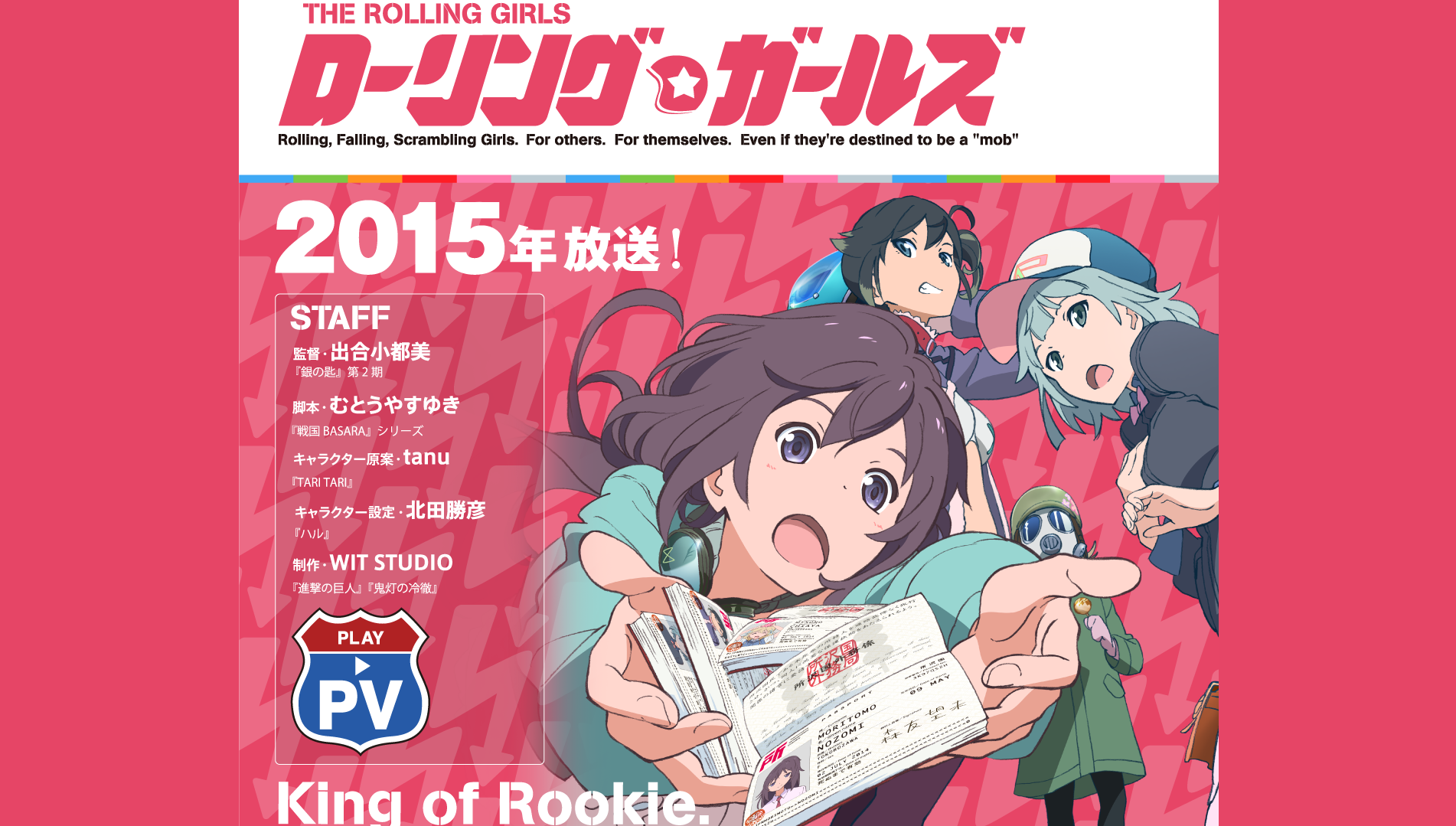 Rolling, falling, scrambling girls. For others. For themselves. Even if they’re destined to be a “mob.”