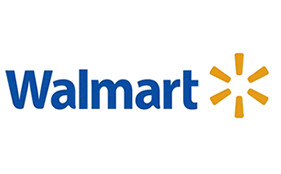 Walmart is a North American store where you can get a little bit of everything, but now according to Publishers Weekly, the store is currently working with Diamond Book Distributors on making a dedicated graphic novel section in the store. Recently, Viz Media made a deal with Walmart to sell Tokyo Ghoul, Pokemon, One-Punch Man, and the Naruto Hiden novels in stores. The vice president of Diamond Book Distributors, Kuo-Yu Liang, stated in a detailed interview regarding Viz’s heightened stock that “[The Viz deal is] a great example of a lot of comics people working behind the scenes toward a much bigger project at Walmart. Walmart wants to be a part of this. Manga is first but other graphic novels are coming.”

While manga is a potential in this section, Diamond Book Distributors deals with comic book companies such as DC comics, Marvel, Dark Horse, Image Comics, Valiant Entertainment, IDW Publishing, and Dynamite. However, since Diamond Book Distributors does not handle Marvel or DC for retailers, that deal is still on hold. However, in 2014, Walmart sold editions of Marvel TPBs such as Captain America: The Winter Soldier, Amazing Spider-Man, The Avengers: Heroic Age and Guardians of the Galaxy: Cosmic Avengers for $5. While deals such as this would be a hit among comic book fans, hopefully Walmart will be able to make it happen.