Yen Press announced yesterday on their Anime Expo panel that they have added a lot of print and digital licenses to their line-up. For print acquisition they have acquired the following:

The first acquisition is the prequel spin-off of Satsuki Yoshino’s Barakamon manga, Handa-kun. Printed under Square Enix’s Shoune Gangan magazine since October 12, 2013, it is still ongoing. The manga has 3 compiled manga volumes. The 4th volume will be released on August 12, 2015. Yen Press licensed the manga for digital release starting October this year and plans to release the print edition on January 2016. 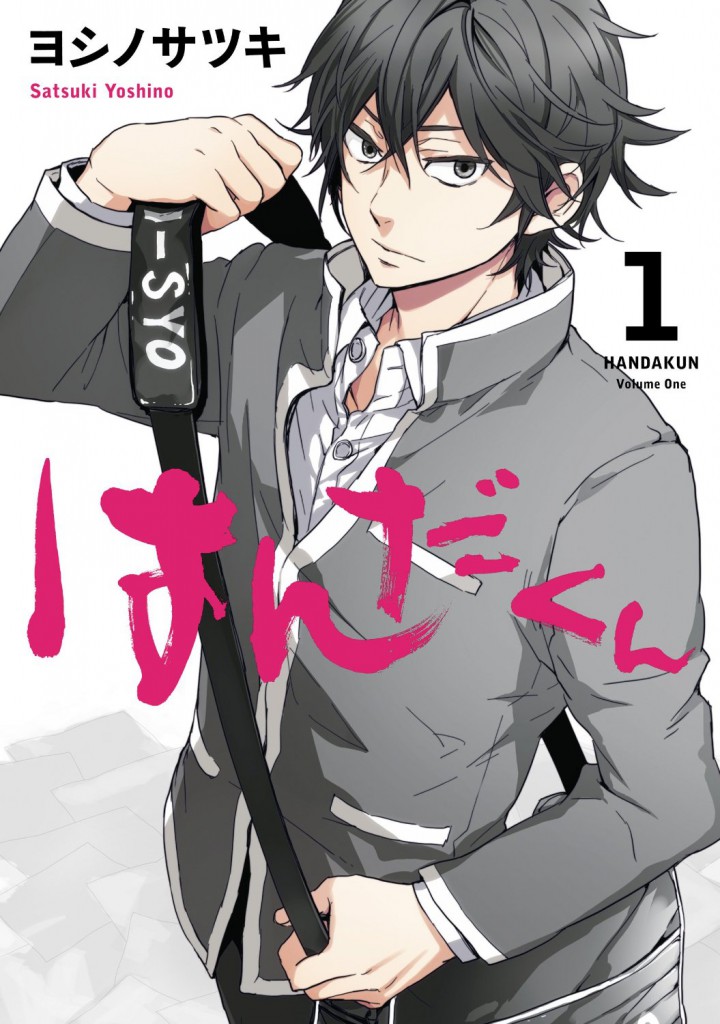 Synopsis of Handa-kun from MAL:

A manga that takes place six years prior to the events of “Barakamon”, detailing the life of Seishuu Handa as a high school student—and a very interesting life it is. In Handa-kun, Seishuu Handa is admired by his peers as a calligraphy genius and given the utmost respect, but Handa-kun himself is under the mistaken impression that the deference and attention he receives from the other students is actually bullying. Handa just wants to live a quiet life, but hilarity ensues as one character after another challenges his position as the school idol, and somehow comes away as a fan all while Handa is horrified and clueless. 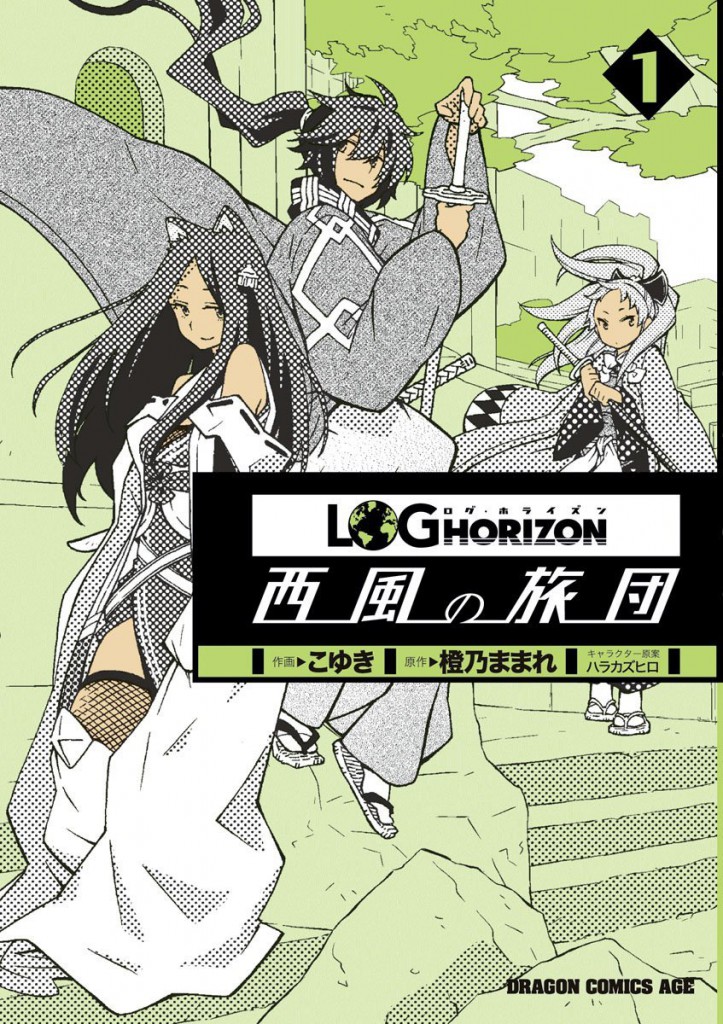 Synopsis of Log Horizon: Nishikaze no Ryodan from MAL:

How would you react if one day you were sucked into an MMORPG and could never get out? After a mysterious incident, roughly 30,000 players from Japan are now forced to live their life inside the MMORPG “Ender Tales” and can not log out. Even death is met with a respawn. Even worse is the fact that food has absolutely no taste. All this combined, many of the players inside this MMO has lost any will to actually play this game, but they are never allowed to leave. A player named Shiro will venture forth to uncover the mystery behind the reason why they are inside this game.

This is the story focused on West Wind Brigade members! Aka the “Harem Guild” and how the guild master ‘Sword Saint’ Soujirou deals with the situation since the start of the apocalypse.

The third license was one of Reki Kawahara’s works under the Sword Art Online series, Sword Art Online: Phantom Bullet, which serves as the Gun Gale Online arc. The manga was published under ASCII Media Works’ Dengeki Bunko magazine since April 18, 2014. It has only one compiled manga volume as of September 9, 2014. Yen Press will release the English-translated manga on 2016. 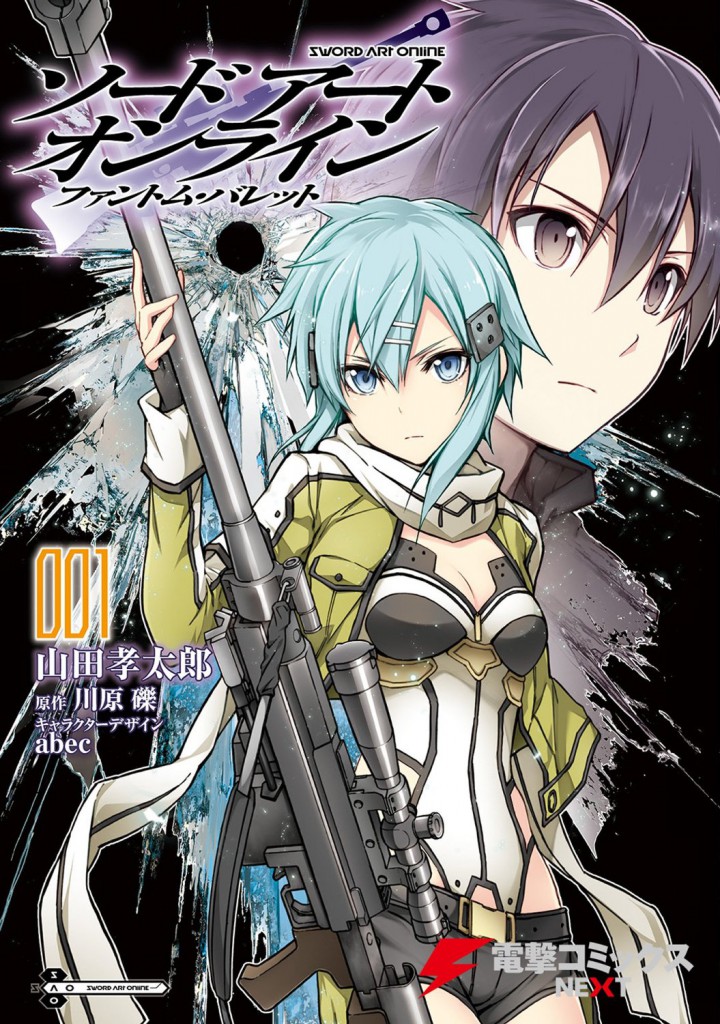 It has been a full year since the end of the Sword Art Online incident and ten months since the end of the ALfheim Online incident. Although things had returned to normal for some time, mysterious incidents occur in another VRMMO game, called Gun Gale Online (GGO), when in two instances, a player in the game is shot by a mysterious person in a mantle who calls himself «Death Gun» and the shot player mysteriously disconnects after a few seconds, only for their real body to be found dead days later. After the second such incident, Kirigaya Kazuto is asked by a member of the VR Crimes Division, Kikuoka Seijirou, to investigate the rumours that the incidents in-game are related to the deaths of the players in the real world.

After hearing that Death Gun has a requirement for his targets: the people he supposedly kills are all top players, Kazuto agrees to convert his ALfheim Online avatar into Gun Gale Online using The Seed’s character conversion feature to enter the most well known tournament in the game, the Bullet of Bullets, to draw the attention of the mysterious Death Gun.

Another work of Reki Kawahara under the Sword Art Online series was Yen Press’ fourth acquisition: Sword Art Online: Mother’s Rosario. Under the same publisher and magazine, it was published on June 10, 2014 and has also a one compiled volume. On August 7, 2015, the second volume will be shipped. Yen Press also plans to release the manga in 2016. 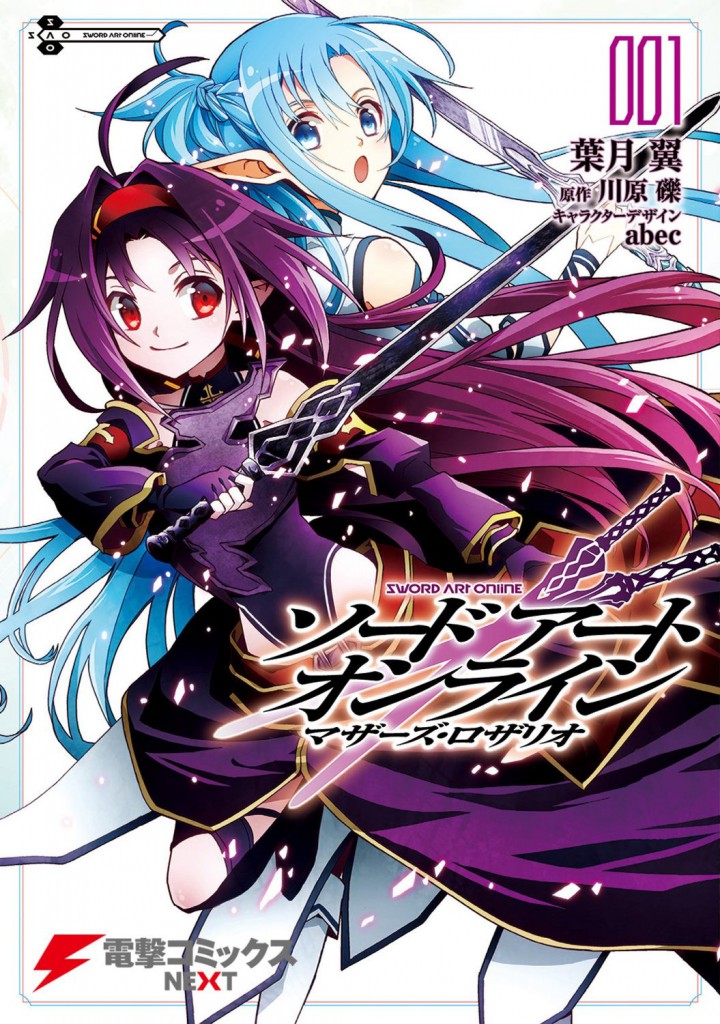 While Asuna, Leafa, Silica and Lisbeth were doing their homework in Kirito and Asuna’s Log House on the 22nd Floor of New Aincrad, Lisbeth informed Asuna of a player known as “Zekken” (Absolute Sword) who was challenging players on the 24th Floor, while offering an 11-hit Original Sword Skill as a reward. Asuna was told that the mysterious player had actually converted from a different game and that over thirty players who had attempted to challenge the player, including Leafa and even Kirito, were defeated. Hearing that Kirito had said something to the player before being defeated and not sharing what he had said with the others and thinking that the mysterious player had come for a reason, Asuna decided to challenge the player as well. To her surprise, the player was actually a girl named Yuuki.

The ecchi, supernatural shounen manga by Milan Matra, Kamigoroshi-hime Zilch was Yen Press’ fifth announcement. Printed under Fujimi Shobou’s Dragon Age magazine on September 9, 2014, the manga is still ongoing. It currently has only one compiled manga volume that was shipped on March 9, 2015. Yen Press has not yet announced the release date of the manga. 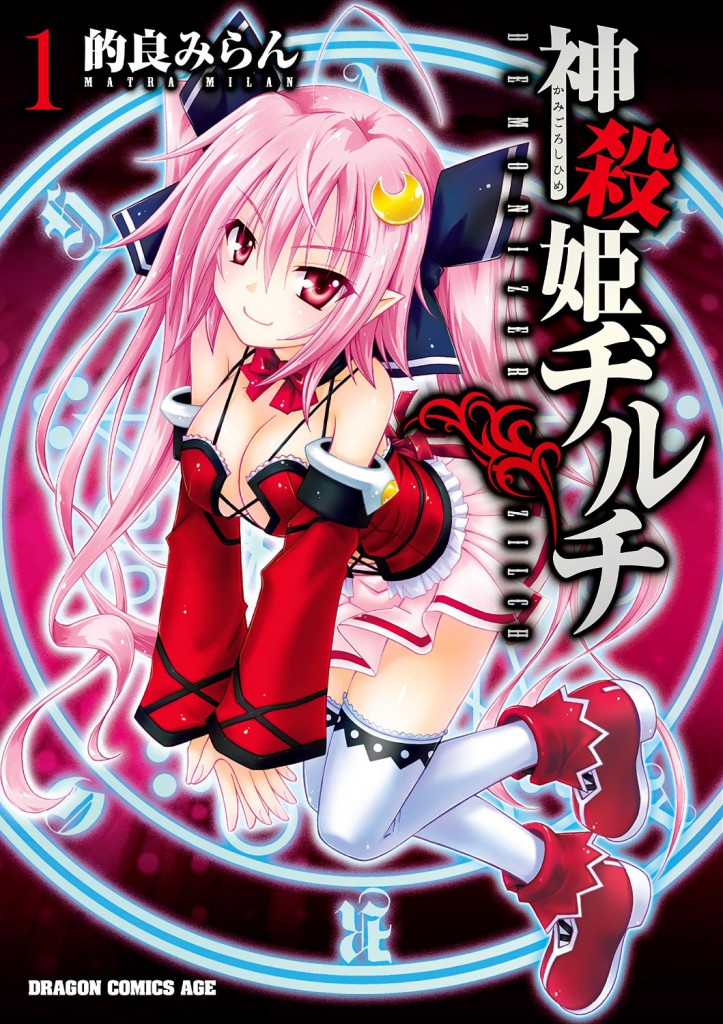 Synopsis of Kamigoroshi-hime Zilch from MAL:

Following the untimely passing of his childhood friend and his little sister, Io Haruomi is constantly haunted by their deaths, forever feeling powerless and unable to escape the guilt he feels for letting them die. Despite this, he continues to press forward, attempting to enjoy an ordinary life. He goes to high school, hangs out with his friends, and generally passes off as a normal 2nd-year high school student. One day, however, Haruomi encounters an “Eda,” a girl with glowing red eyes and demonic powers. Amidst her escape from the “Seven Great Gospel Organizations,” she reveals that he too is an Eda, and the powerlessness he feels is completely unfounded. Before he knows it, Io Haruomi is thrown into the middle of a battle between man and devil. And as his eyes too begin to glow red, the side he is on is no longer so clear.

The manga for Saenai Heroine no Sodatekata (Saekano) was the sixth announcement for print of the publisher. Written by Fumiaki Maruto, the manga adaptation from the novel with the same name was illustrated by Takeshi Moriki (Gosick W, Onegai Kamisama!). The manga was published under Kadokawa Shoten’s Dragon Age and Age Premium magazine since January 9, 2013. It has 5 compiled manga volumes as of June 9, 2015. Yen Press has no specific date of release for the manga as of yet. 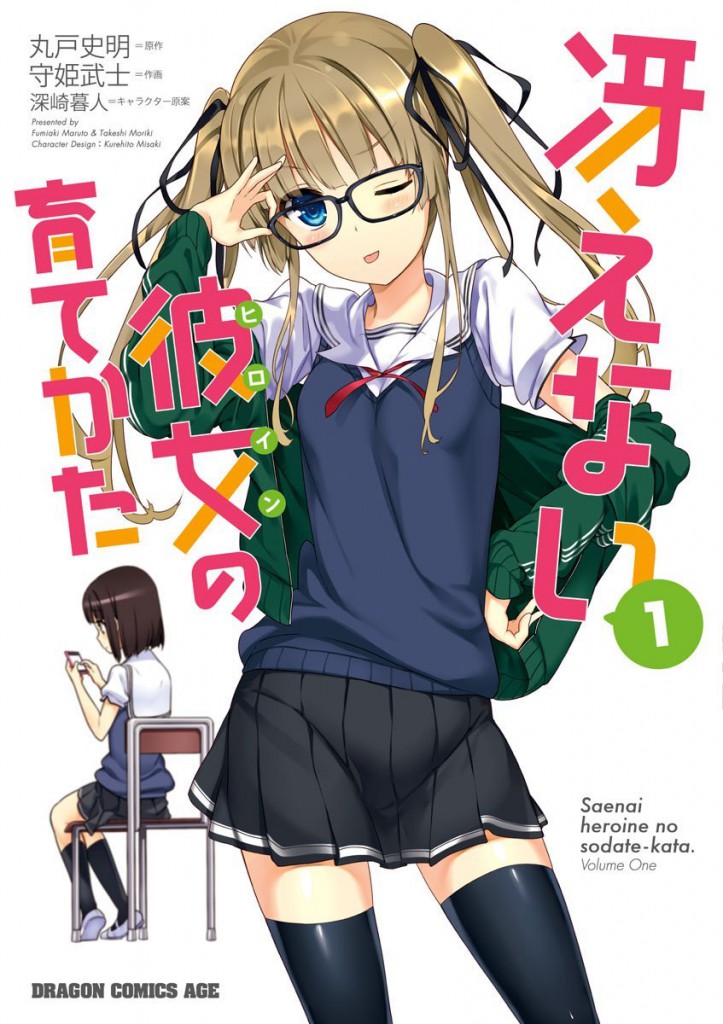 Synopsis of Saenai Heroine no Sodatekata from MAL:

The life of Tomoyo Aki, a highschool otaku working part time to support his BD hording. With remarkable luck, he bumps head-first into, Megumi Kato, the most beautiful girl he has ever seen. Naturally, the meeting twists his life into a complicated torrent of relationships. Eriri Spencer Sawamura, his half-foreigner childhood friend who’s always valued her relationship with MC. Kasumigaoka Utaha, a cold, composed renowned literary genius who shoves everyone aside from our protagonist. What is this? An eroge introduction? The tale of a small not quite doujin circle, but not quite indie studio’s journey through the tough territory of comiket and beyond.

The following announcement was the long-awaited English release for Wataru Watari’s Yahari Ore no Seishun Love Comedy wa Machigatteiru (Oregairu). manga and light novel. The novel, which was illustrated by Ponkan 8 (artist for Seitokai Tantei Kirika, Shishi wa Hatarakazu: Seijo wa Akaku), was serialized under Shogakukan’s GAGAGA Bunko since March 23, 2011. It has 14 light novel volumes (including volumes 6.5, 7.5 and 10.5). The manga, which was illustrated by Naomishi Io, was published since December 19, 2012 under Shogakukan’s Sunday GX magazine imprint with 5 total compiled manga volumes. Yen Press plans to release both versions in 2016.

Hachiman Hikigaya is a high school boy with twisted character. He prefers to go against the trend and refuses to make friends with anybody. In order to get Hachiman back on the right track, his school teacher Shizuka Hiratsuka forces him to join the “Public Service Club.” There he meets other problematic students.

Another long-awaited series to be licensed was the writer, Ryohgo Narita, and the illustrator, Katsumi Enami’s (Hariyama-san, Vamp!) Baccano! light novel. It has been publishing since February 10, 2003 under Media Works’ Dengeki Bunko imprint. It has a total of 21 light novel volumes. Yen Press will release the first set of light novel volumes in 2016. 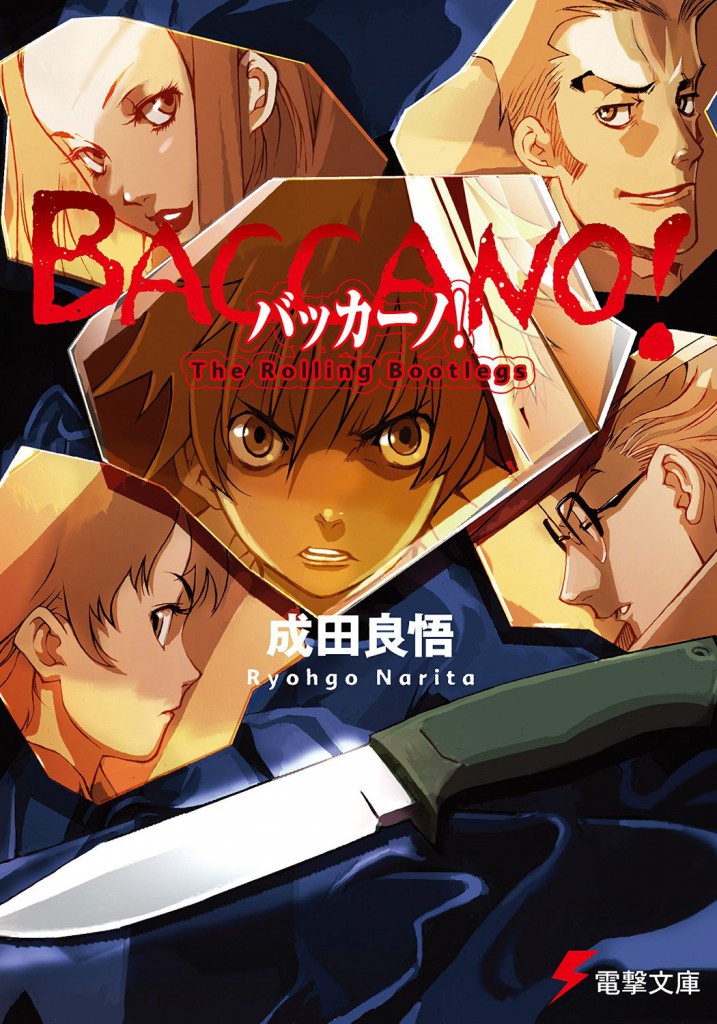 Aboard the Advenna Avis in 1711, a group of alchemists summon a demon in the hopes of gaining eternal life. The demon gives them an elixir of immortality and the method of ending their existence by “devouring” one another. Soon after, one among them begins to devour his companions. Realizing the danger posed by staying together, they scatter across the globe. Centuries later in 1930’s America, a certain federal investigator tries his best to combat the rise of organized crime during Prohibition, send a particularly infuriating terrorist to Alcatraz, and catch an outrageous thief duo. Meanwhile, the transcontinental train, the Flying Pussyfoot, begins its trail of blood across the country. In 2002, a small group of the original Advenna Avis alchemists are on a journey to find the rest of their fellow immortals. However, there is one companion they did not expect to meet again. Seemingly unrelated events, from a sleepy Italian city in the early 1700’s to a modern luxury cruise ship traveling across the Pacific, reveal themselves to be far more connected than anyone could imagine…

Another addition to Yen Press’ line-up is Yukito Ayatsuji’s Another light novel and manga, Episode 0 and Episode S. The manga, which was illustrated by Hiro Kiyohara (Kizu, Tsumitsuki), was published on December 28, 2011 to February 3, 2012 under Kadokawa Shoten’s Young Ace magazine. It has one compiled manga volume. The light novel was a spin-off novel with 2 compiled light novel volumes. Yen Press plans to combine both manga and light novel into one hardcover omnibus format. The release date has not yet been announced.

Synopsis of Another: Episode 0 from MAL:

A prologue of Another about the story of Reiko in her high school days.

The final announcement was a mature, martial arts manga by Shinjirou, Taboo-Tattoo. It has been published under Media Factory’s Comic Alive magazine since November 27, 2009. The manga will have 10 compiled volumes as of July 23, 2015. Yen Press has not announced the release date for the manga.

.@yenpress at #AX2015 – taboo Tattoo by shinjiro “the art is incredibly dynamic!” pic.twitter.com/8TQb0tbg4L 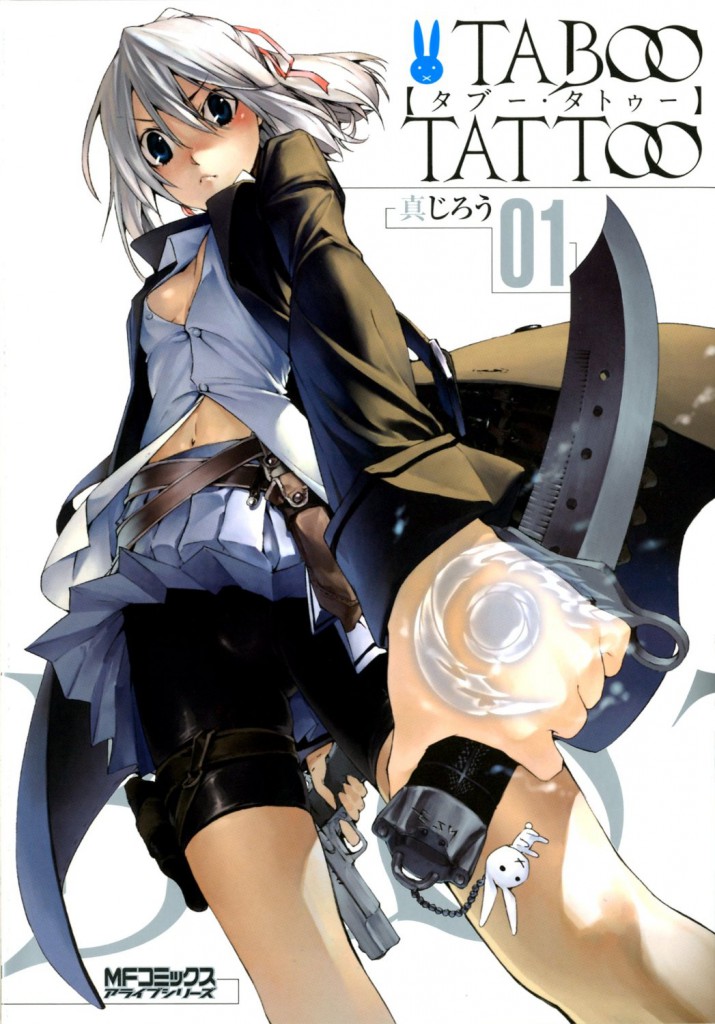 Synopsis of Taboo-Tattoo from MAL:

Seigi, a martial arts trained middle-schooler, often feels driven to protect the weaker people around him. One day, he defends a homeless man against some punks, and the man gives him a strange tattoo on his palm in return. The tattoo is a secret weapon produced in the arms race between America and the Serinistan Kingdom.

Seigi finds himself in over his head when a powerful girl, using the same secret weapon, violently pursues him in order to retrieve it. His skill at martial arts may not be enough to keep him alive, but will he be able to learn how to trigger the power of his tattoo in time?