Home Anime Yuki Meets Her Real Self in Latest Visual

The latest Nagato Yuki-chan No Shoushitsu  visualby Studio Satelight perfectly recaps the most recent episode of the anime. As the Spring 2015 anime broadcasts soon come to a close, the Yuki-Chan anime has finally reached episode 10. The most recent episode, Yuki recovers from being hit by a car, only to regain her emotionless personality from her character in the original The Melancholy Of Haruhi Suzumiya. The visual displays the Yuki from alternate universe of The Disappearance of Haruhi Suzumiya hugging the original Nagato Yuki. 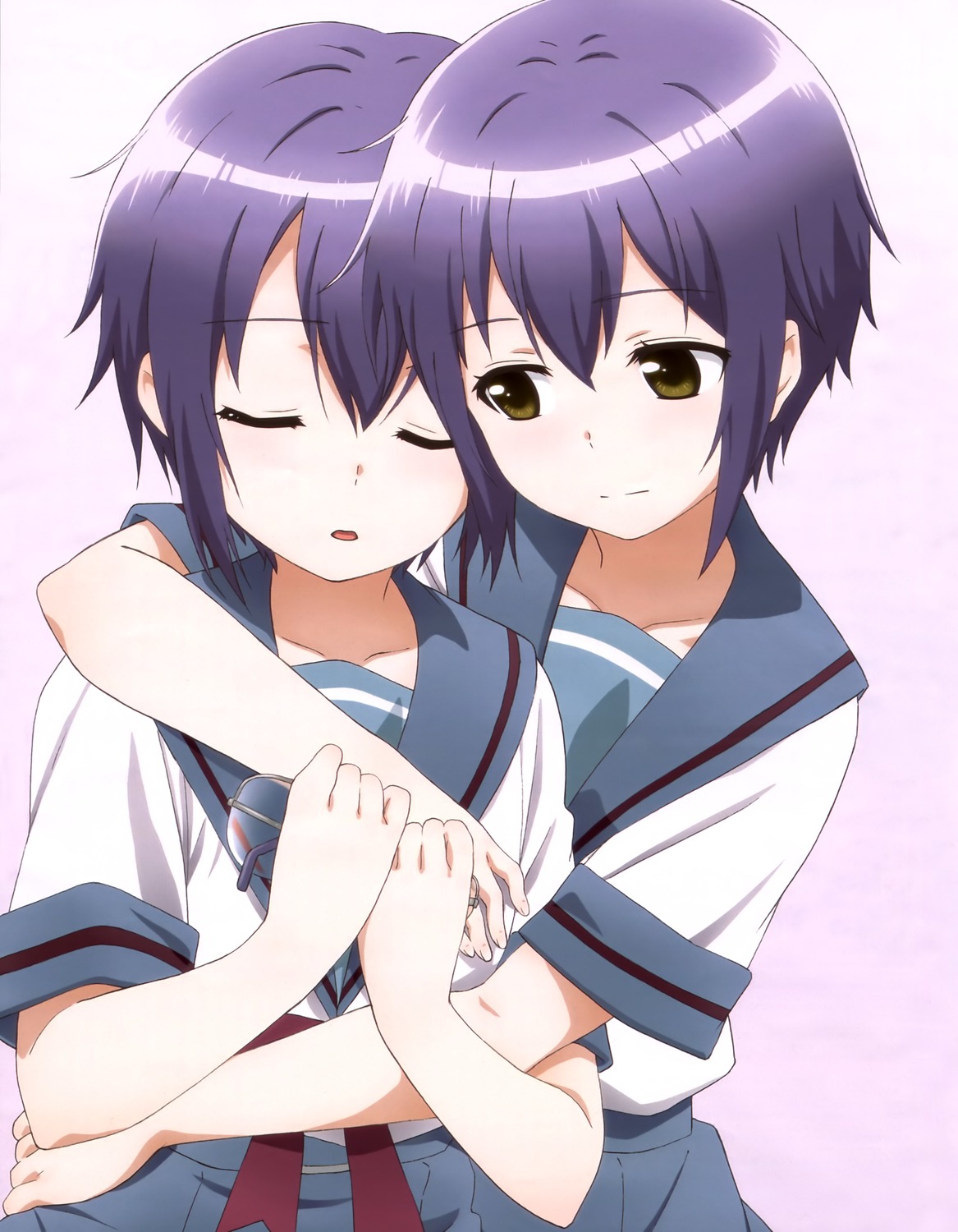