Japanese character goods retailer Animate has revealed a preview of Tokyo Ghoul‘s Ken Kaneki hug pillow by Movic. Fans who want to cuddle with Ken Kaneki will have the choice of the Anteiku coffee shop and awakened version. This product is getting released sometime in fall 2015. 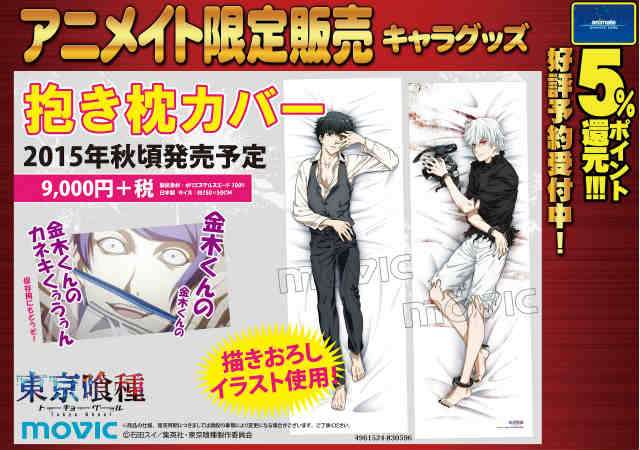 In other news it has been revealed that an upcoming OVA of Sui Ishida’s Tokyo Ghoul spin-off prequel, Tokyo Ghoul JACK, has announced. The OVA is scheduled for fall and the story is centered around the character Kishou Arima, who is a High School student by day and a ghoul investigator by night. The story is also set in and revolves around the 13th ward.