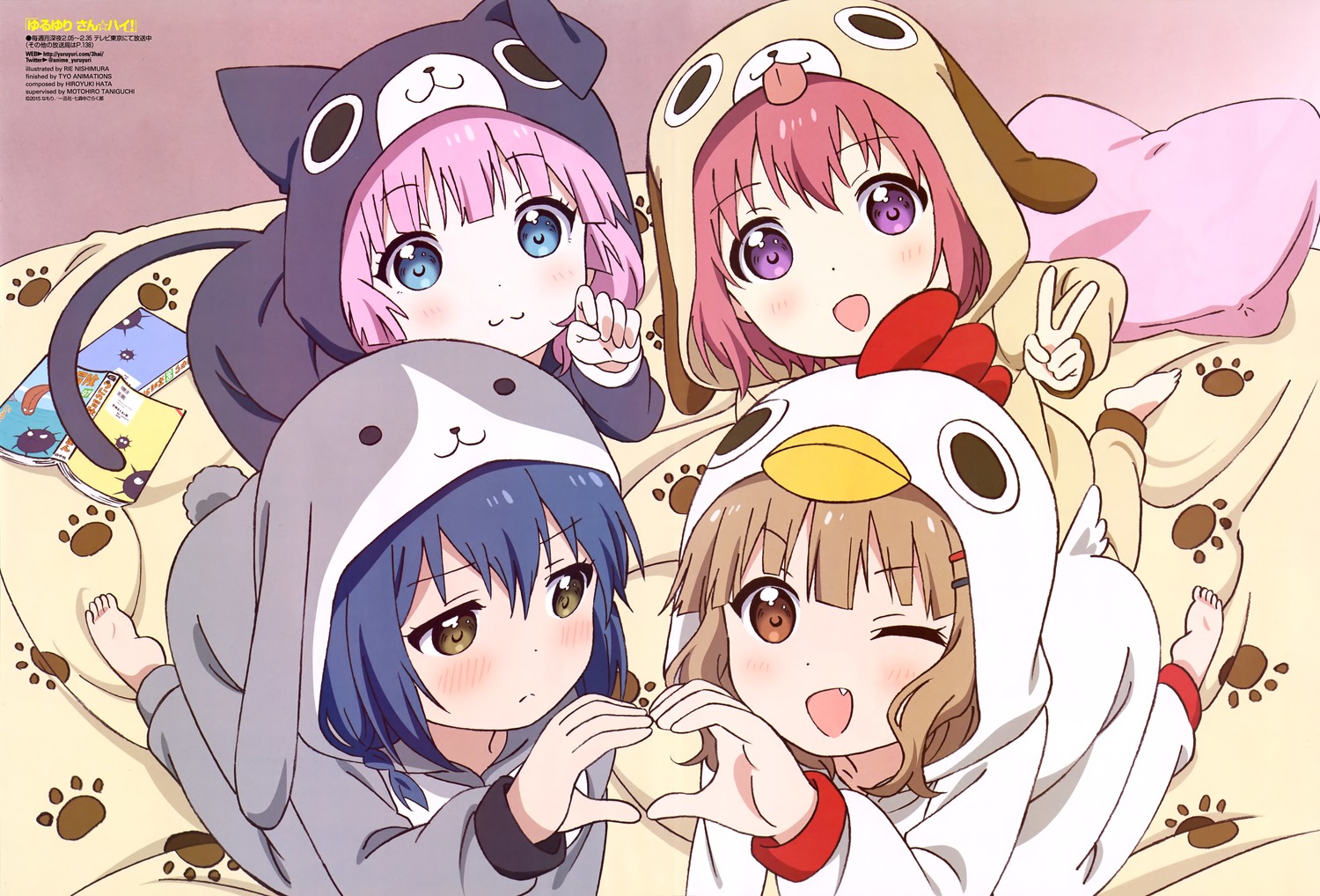 The third season of Yuru Yuri, titled Yuru Yuri San☆Hai!, preimiered on October 6. The main cast consists of the same from season 1:

The first promotional video for the anime was earlier revealed: