The official website for the upcoming third part of Durarara!! x2 sequel TV anime series has revealed a date and a key visual for Durarara!!x2 Ketsu. The third part is scheduled to premiere on MBS on January 10 at 1:58 a.m. and also on CBC at a later date. 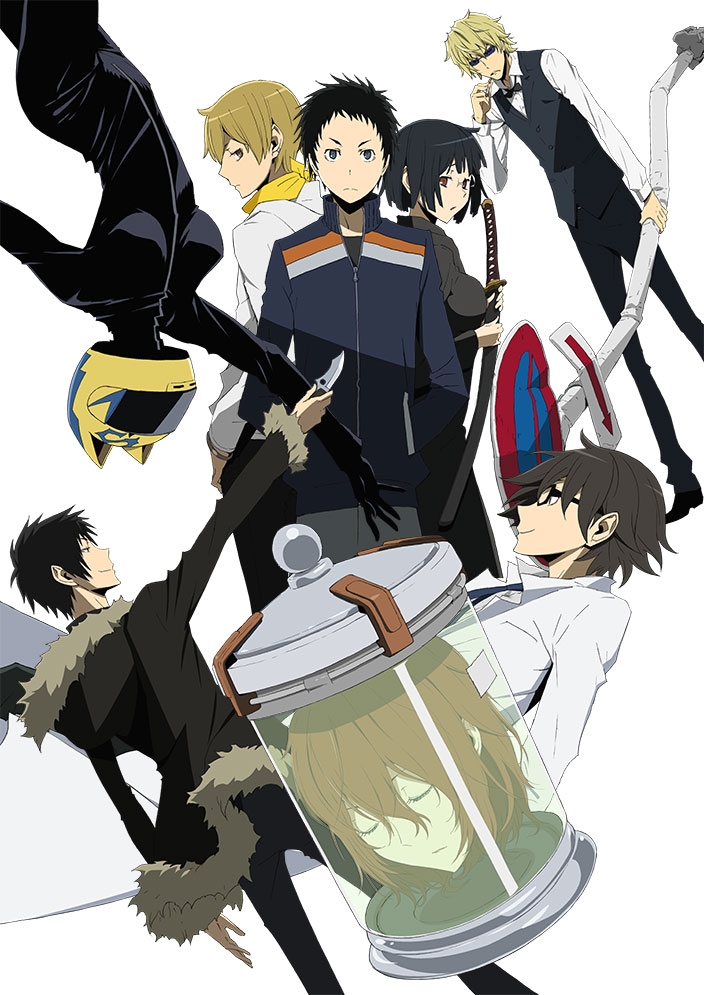 In addition to this, it was revealed at a screening on November 14th that a new Durarara!!x2 episode 13.5 OVA has been revealed. Titled “Journey of Love,” the episode will take place between episodes 13 and 14 of the currently on-going Durarara!!x2 series. It will be released on Blu-ray and DVD on January 27, 2016.  Toshiyuki Toyonaga’s “91cm” will be featured as the ending theme song.