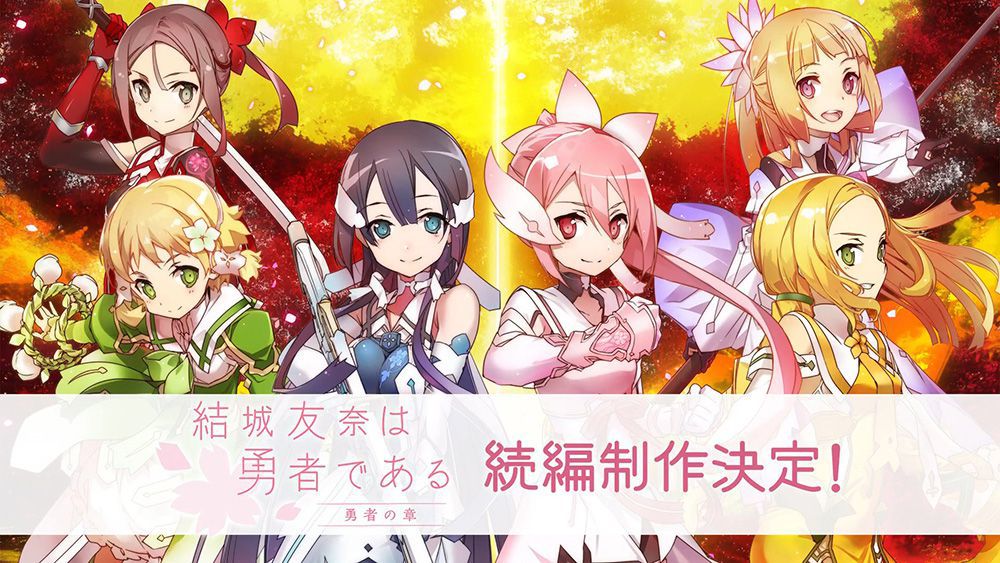 The new anime will be a direct sequel to the 2014 anime, however it will also contain an anime adaptation of Takahiro and Bunbun’s Washio Sumi wa Yuusha de Aru (Washio Sumi is a Hero) prequel light novel. The adaptation, titled Yuuki Yuuna wa Yuusha de Aru: Washio Sumi no Shou (Yuki Yuna Is a Hero: Washio Sumi Chapter) itself will be 6 episodes long, taking over half of the second season. The 6 episode special will also have special theatrical screenings in Japan in March 2017, before the broadcast of the anime. 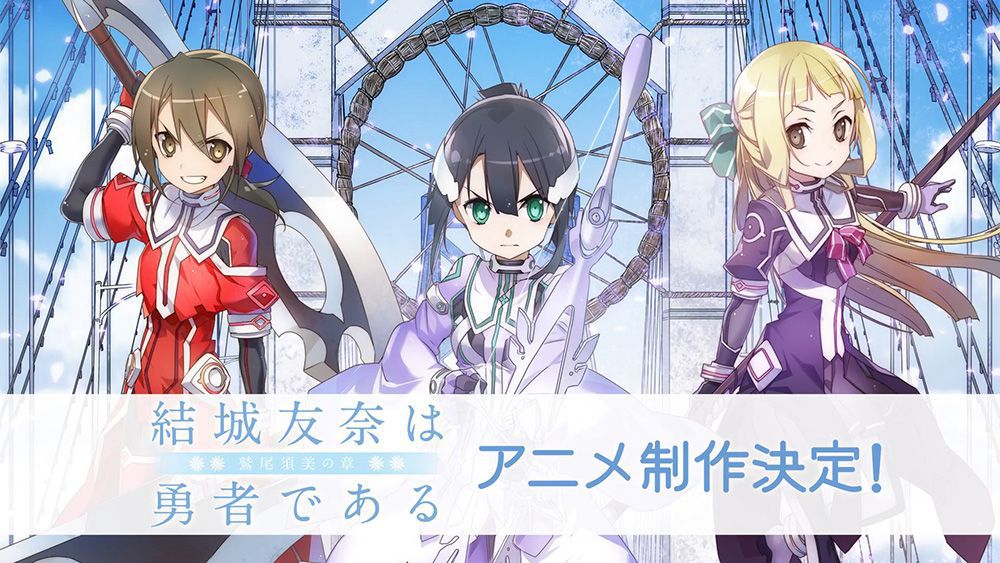 Here is the announcement video revealing the above information:

The announcement was first made at the Minato Soft 10th anniversary event today at the Tokyo Dome City Hall. The event also revealed a new set of character songs, a new light novel series, and details of the next Yuuki Yuuna wa Yuusha de Aru live event. The main cast of the anime attended the event:

During a live stream event in June last year, the cast revealed that the anime will be advancing to the next stage with a new project, titled the Hero Club Five Tenets.

Yuuki Yuuna wa Yuusha de Aru is an anime series that aired in the Fall/Autumn 2014 anime season that is part of the greater Takahiro IV Project, which includes 4 projects produced and written by Takahiro. The first project was the Visual Novel Shoujo-tachi wa Kouya wo Mezasu, the second was an anime adaptation of Takahiro’s Akame ga Kill! manga, the third project is a light novel series Washio Sumi wa Yuusha de Aru. The anime itself is set after the events of Washio Sumi wa Yuusha de Aru, which was published in Dengeki G‘s magazine in 2014 for a total of one volume. The anime aired for a toal of 12 episodes and was produced by Studio Gokumi (Kiniro Mosaic, A-Channel) and directed by Seiji Kishi (Persona 4 The Animation, Angel Beats!). There is also a web manga adaptation of the series illustrated by kotamaru.

The story takes place in the era of the gods, year 300. Yuuna Yuuki lives an ordinary life as a second year middle school student, but she’s also a member of the “Hero Club,” where club activities involve dealing with a mysterious being called “Vertex.” 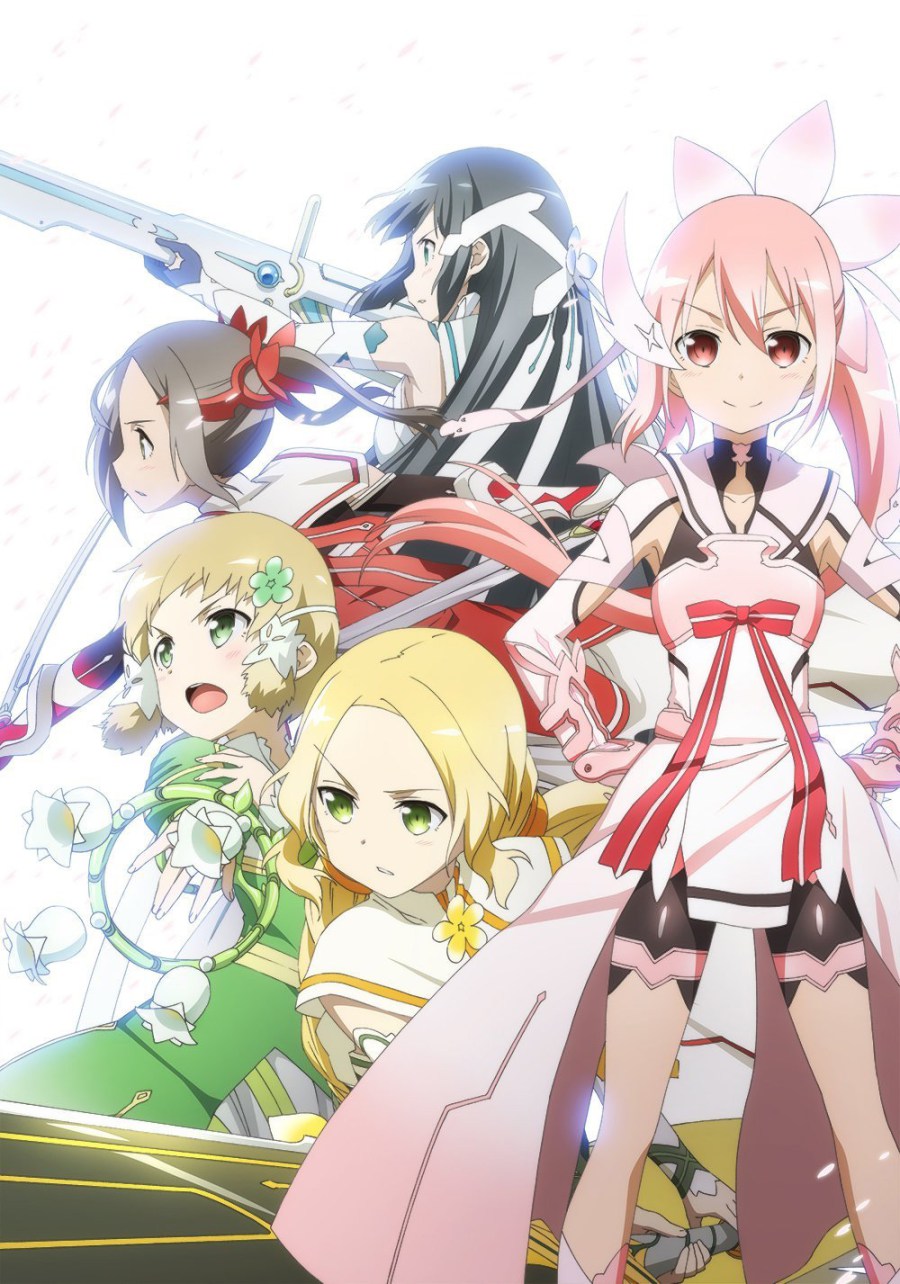