The official website of NisiOisin and Take’s Zaregoto novel series has revealed that the series will be receiving an anime adaptation. Further details will be revealed at a later date. 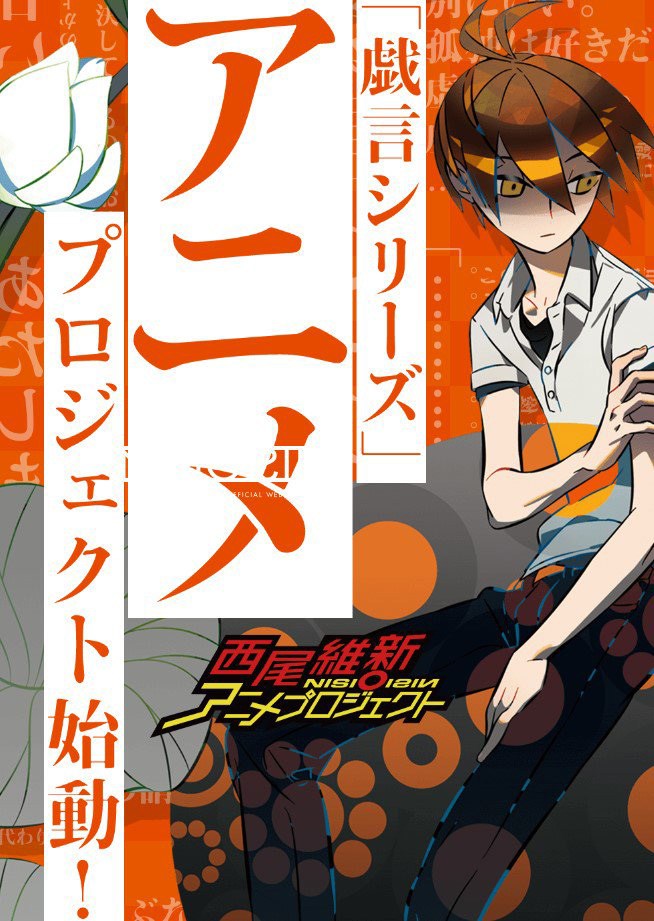 Zaregoto is a supernatural, mystery novel written by Isin Nisio (NisiOisin) and illustrated by Take. The series began in 2002 being published by Kodansha under their Kodansha Books label. To date a total of 9 volumes have been produced. A spin-off series titled Ningen was produced in 2004 and ran for a total of 6 volumes, ending in 2010.

The story revolves around protagonist “I” and the murders and mysteries he encounters. He tries in vain to stay out of the story, but instead he always gets dragged into the center of everything. Even though it seems that he contributes a lot, he always finds out that whatever he did was meaningless in the end.

An anime adaptation of Zaregoto is currently underway. Further information about the upcoming anime will be revealed at a later date.