Shinjou Hinaki and Mikuru Natsuki from the idol-based Aikatsu! series has been featured in the February 2016 issue of Animedia as a poster. You can purchase this issue here (get 5% off with coupon code MOE-N3Y-4YW0QK). 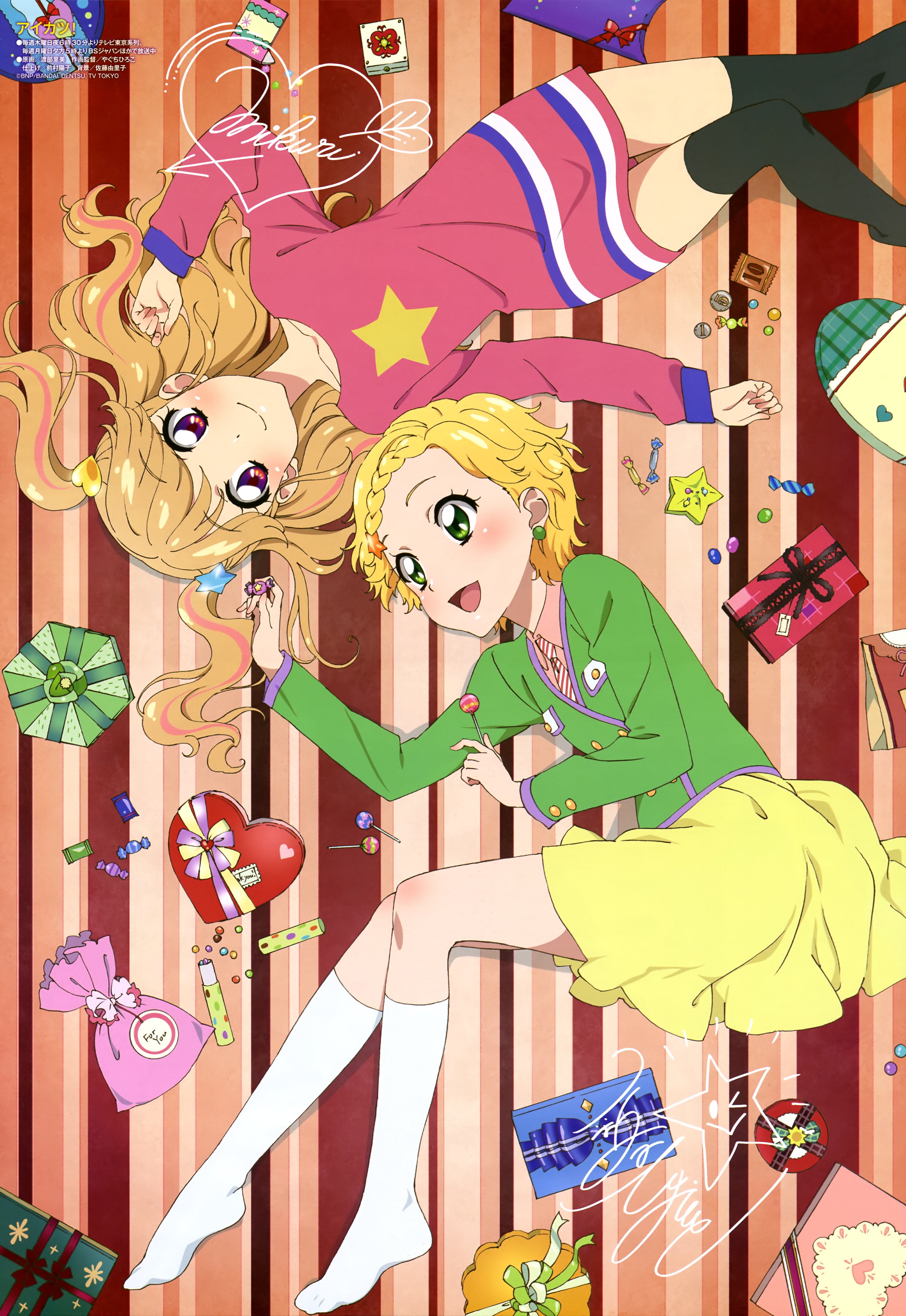 Akari Oozora, Ichigo Hoshimiya and Mizuki Kanzakiseries from the idol-based Aikatsu! series have been featured in the December 2015 issue of Animedia. You can view the other posters that came in this issue here.

Aikatsu! is an arcade collectible card game in Bandai’s Data Carddass line of machines, which launched in October 2012. The game revolves around using collectible cards featuring various clothes to help aspiring idols pass auditions. An anime adaptation by Sunrise began airing on TV Tokyo from October 8, 2012. A film adaptation was released in December 2014. Three manga adaptations have been published by Shogakukan, along with three Nintendo 3DS games published by Bandai Namco Games.

Ichigo Hoshimiya is a regular, ordinary middle school girl. But when her best friend, Aoi, invites her to join the idol training academy, Starlight Academy, her whole world is turned upside down. As she encounters all kinds of rivals and learns what it takes to be an idol, she uses her Aikatsu Cards to challenge countless auditions.