A new visual of K: Return of Kings has been featured in the January 2016 issue of Animage as a poster. You can purchase issue here (get 5% off with coupon code MOE-N3Y-4YW0QK). 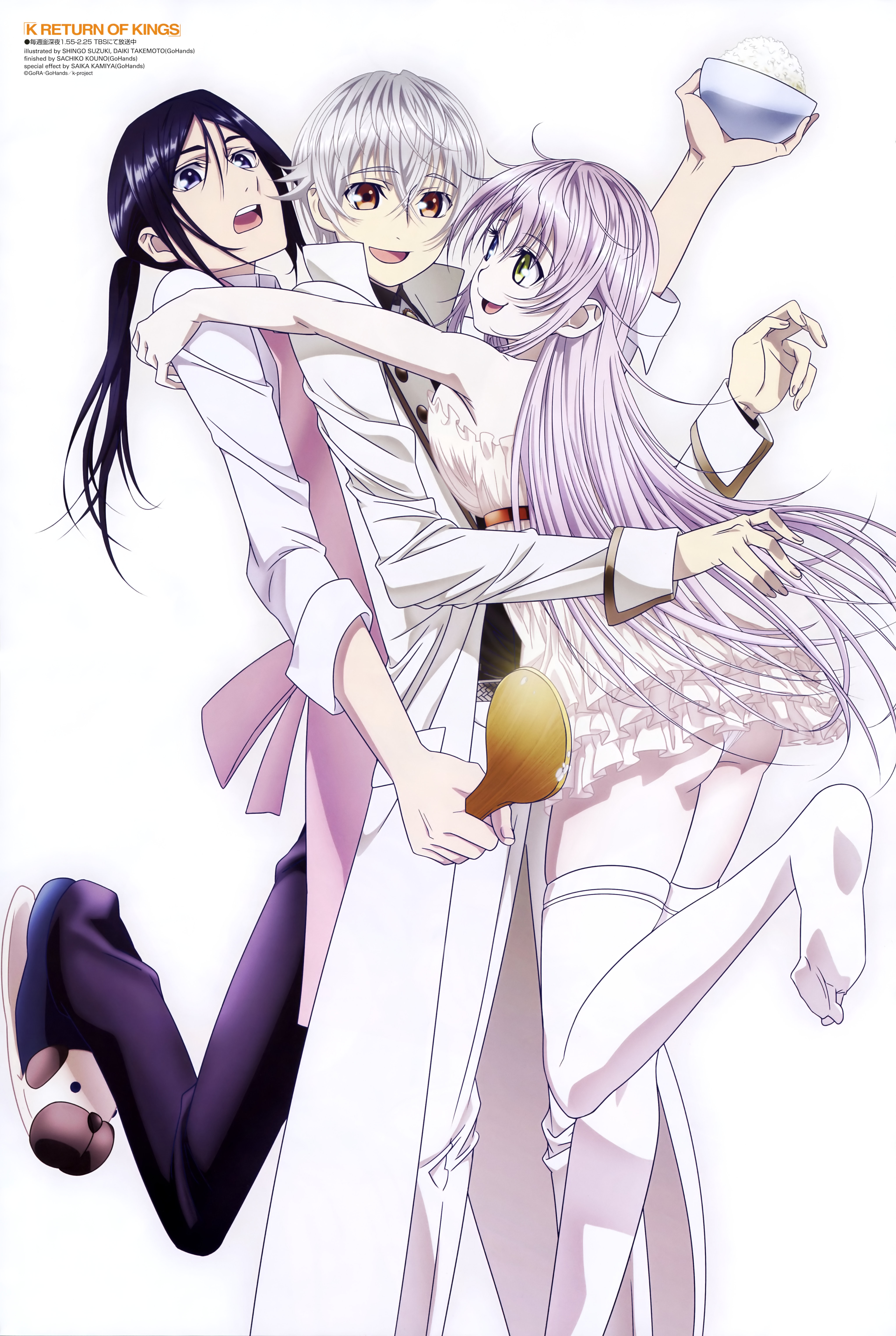 In addition to this, another visual of the series featuring Reisi Munakata, Yashiro Isana, and Anna Kushina has been featured in the October 2015 issue of the Japanese anime magazine NewType.

In addition to this, new visuals were revealed on the website. The first visual is for the the Silver clan with their king Yashiro Isana, along with Neko and Kuroh Yatogami: