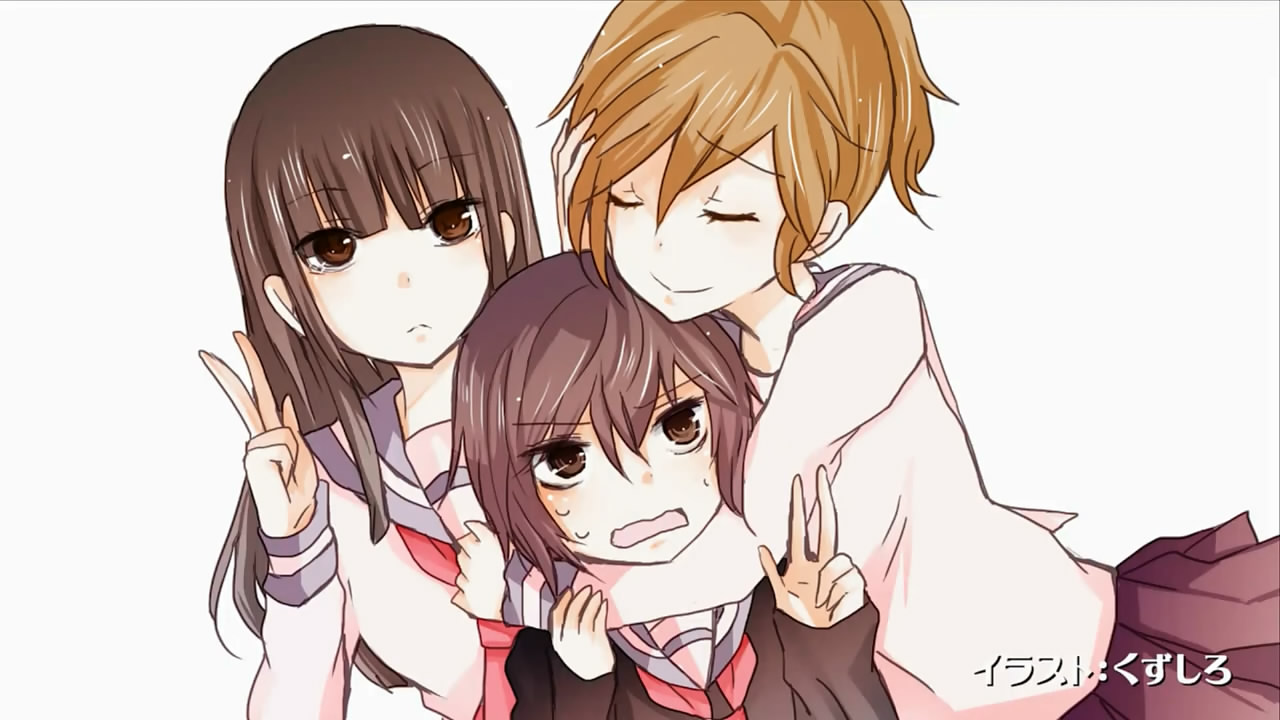 Summary: The story revolves around Nekoyama Suzu, a timid, shy tsundere girl who loves dogs, and Inugami Yachiyo, a super masochistic, air-headed, friendly girl who loves cats. One day, after a fateful meeting, the two find themselves attracted to each other. In response to Inugami’s instinctive approaches, Nekoyama is always bashful. Their friend Aki has to work hard to make jabs at some of the situations of the two, and also to stop Inugami from going berserk.

The pacing is important in any media but with 3 minutes per episode it’s crucial to get it right. Overall Inugami-san to Nekoyama-san wasn’t too fast or too slow maintaining an even pace but several episodes (noticeably the first episode and the finale) had stood out. The first episode, for example, had a very fast pacing, it was snappy and didn’t hold back. Which in this case was a good thing because with introductions done in a matter of seconds you get to move to the story itself and judge the dynamic between these characters. 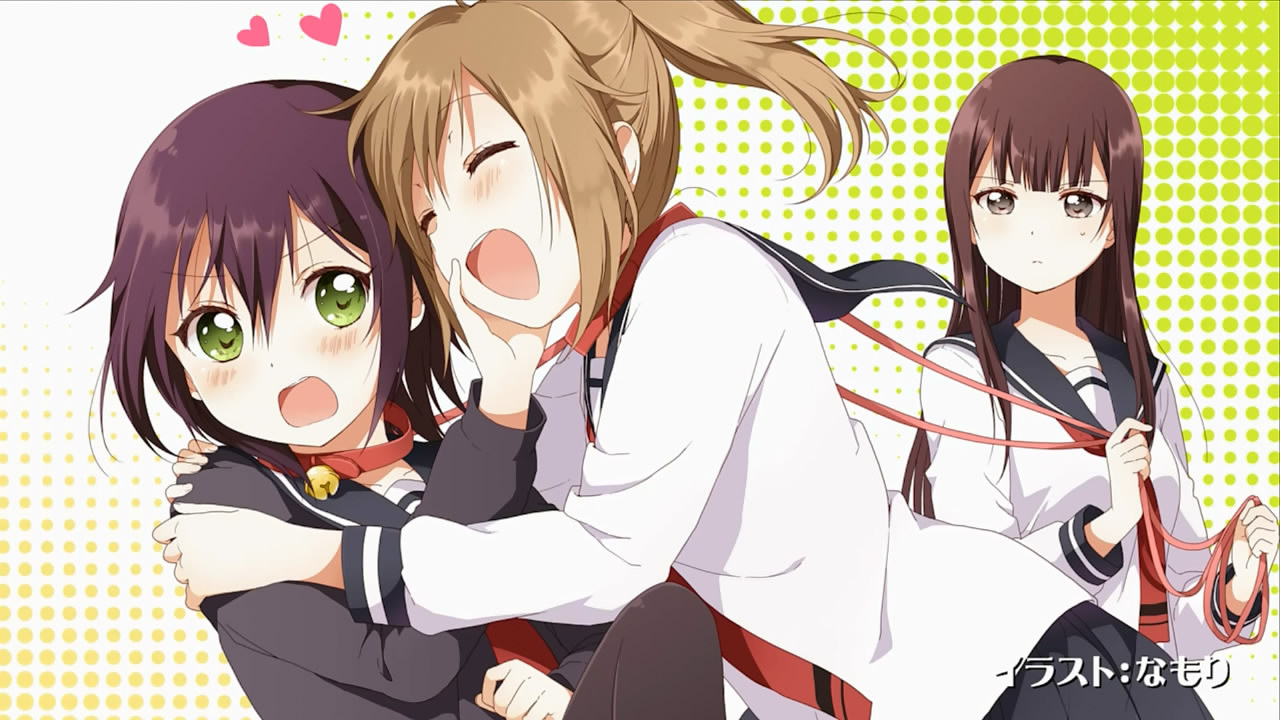 The dynamic is simple but entertaining. Inugami is very impulsive and sometimes goes into the ‘raging dyke’ mode, while Nekoyama is very shy and has issues with her confidence. To balance them out and to stop Inugami from going too far we have Aki, tsukkomi, who doesn’t love any animals and behaves like a human. Sometimes people perceive her as Inugami’s owner because she is the only one who can get her in line. Yachiyo uses it to her masochistic advantage from time to time.

During the course of  Inugami-san to Nekoyama-san we get to meet a lot of new characters for a 12 3-minute episodes series which causes some of those characters to be left way underdeveloped. On the other hand, they do add some variety and put a different perspective on the main couple.  All characters play off each other quite well.

One of the more permanent additions is an early addition – Nezu Mikine. She is in Inugami’s class but Yachiyo hadn’t noticed her until she bumped into her desk. They hit it off right away because they both like lewd things. That introduction put a strain in Inugami’s relationship with Nekoyama but soon Nezu introduces her ‘wife’ Ushiwaka Yukiji (the animals for this couple are mouse and cow). Relieved Suzu accepts her as a fellow shortie and they connect because they have a similar type ‘tall and lazy’.

The others are Suzu’s sister, Sarutobi Sora and Torikai Hibari (monkey and bird respectively).

Nekoyama’s jealousy is a big theme for the series. Inugami is overly-friendly and tends to flirt a lot which doesn’t go well with Suzu. In the manga Nekoyama’s lack of confidence is more evident and is more likely to be the underlying cause of her jealousy. But anime still does a good job at depicting this as an issue that main couple has to deal with as their relationship progresses. 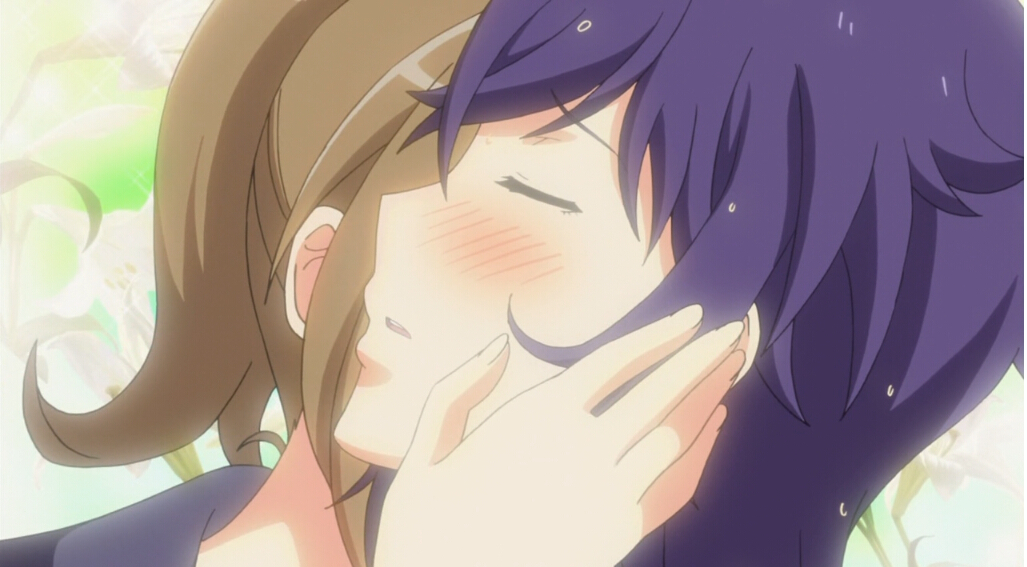 While there are no definitive statements about Suzu and Yachiyo’s relationship in  Inugami-san to Nekoyama-san it’s really hard to call it a subtext. First of all, they are obviously physically attracted to each other (lewd dreams on both sides, gazing and considering each other hot). Secondly, they do talk about feelings in a way couples do. They even had a fight because Nekoyama thought that her cat-like appearance is the only thing that Inugami is interested in. And even while they were fighting they both strongly opposed to the idea of breaking up.

Of course there is still a lot of teasing for other pairings. All the characters are rather ‘shippable’ so if you like to have multiple pairings  Inugami-san to Nekoyama-san will provide.

There is a considerable amount of fanservice in the series. Inugami has a lot of fetishes combined with manipulative nature and Nekoyama has a good imagination (especially when she has a fever or after she had some catnip tea) so we see them ‘hot and bothered’ quite often. There is even foot-licking scene. Nezu is also quite lewd: 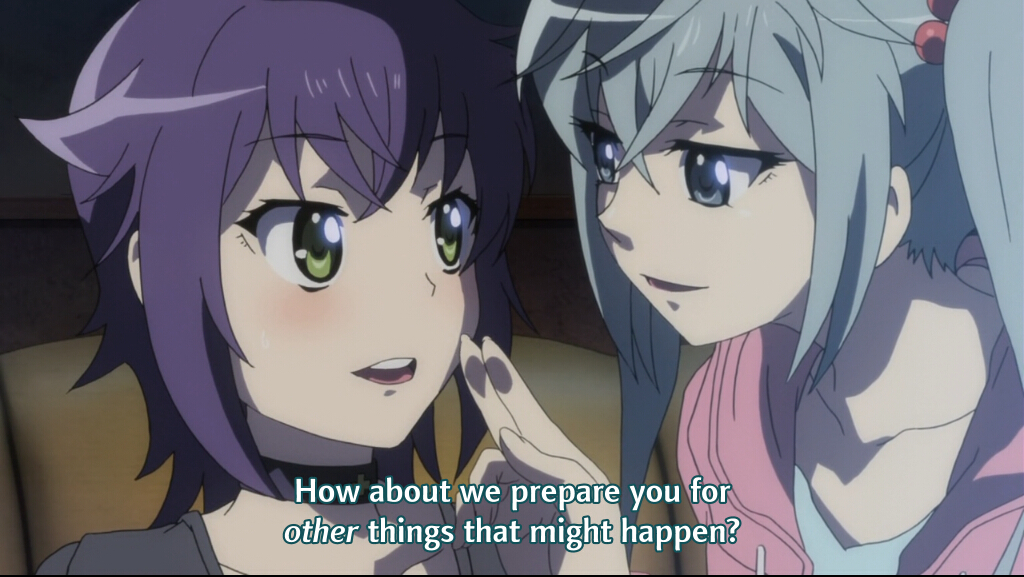 As a comedy the series is well made. The jokes are funny though they are not very complex and rely more on characters’ personalities than on some ingenious play of words.

There were some complaints about graphic and character design amongst viewers. The manga is indeed much softer and the character design is more subtle and refined. But I personally didn’t have a problem with how characters looked in anime. The graphic wasn’t very good but it wasn’t downright atrocious or unwatchable either.

Plus, as usual, we got some beautiful end-cards from well-known yuri artists. 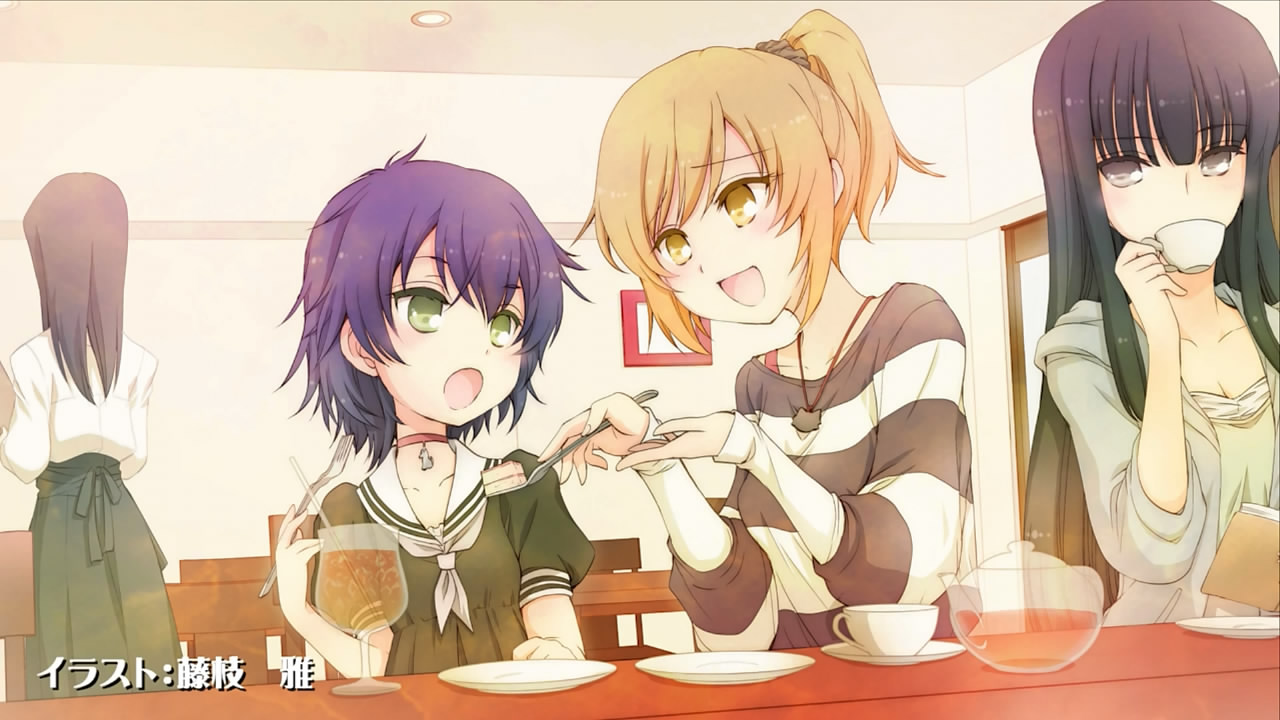 The voice-acting was good. The only time I was taken out by it was when Inugami asked Sarutobi to repeat her dere moment because for some reason she did it in Russian (and I have to say that Sumire Uesaka nailed the pronunciation).

Verdict:  Inugami-san to Nekoyama-san is by no means the greatest anime of all times but it is very entertaining and in my opinion is a must for any yurifan who loves comedy with a good amount of romance. It’s well made and even though it’s short it provides a lot of funny and touching moments and wraps up on a very nice note.