The Summer 2015 Anime season is slowly coming to an end!  Did the final episodes of some of the summer animes make a difference in the charts? We’ll see in the next two weeks! As usual, we have Anime Trending‘s results updated weekly here on Haruhichan. 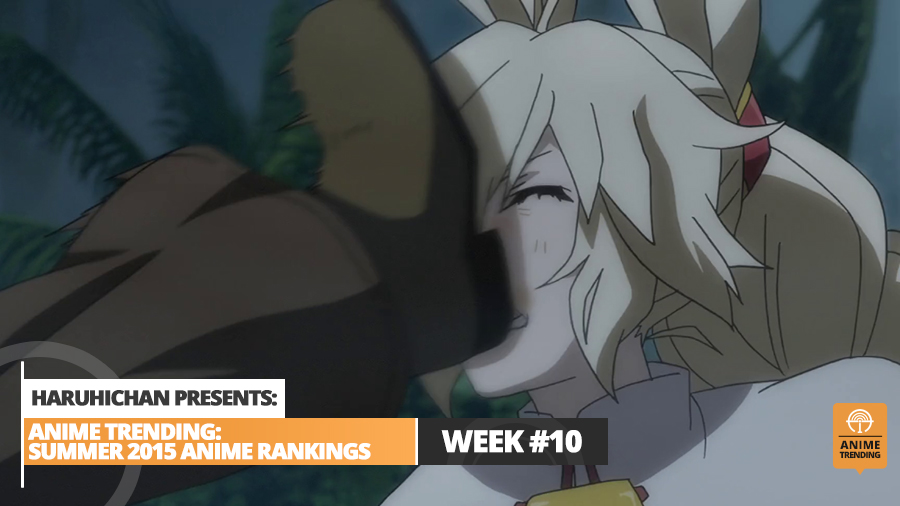 Just a reminder that these rankings were released September 21. Either way, it is amazing to see how far Classroom Crisis has made it to the Top 10. The anime truly shined in the last few episodes. Congratulations to Working!!! for making into the Top 10 before the end of the season. In Week 11, we’ll see the final few animes duke it out for a final chance to get as many votes as possible.