Daisuke Ashihara’s manga World Trigger‘s anime adaptation will be produced by Toei Animation according to the official site. More information will be revealed soon. The anime is set to air this October, under the Fall/Autumn 2014 anime season. 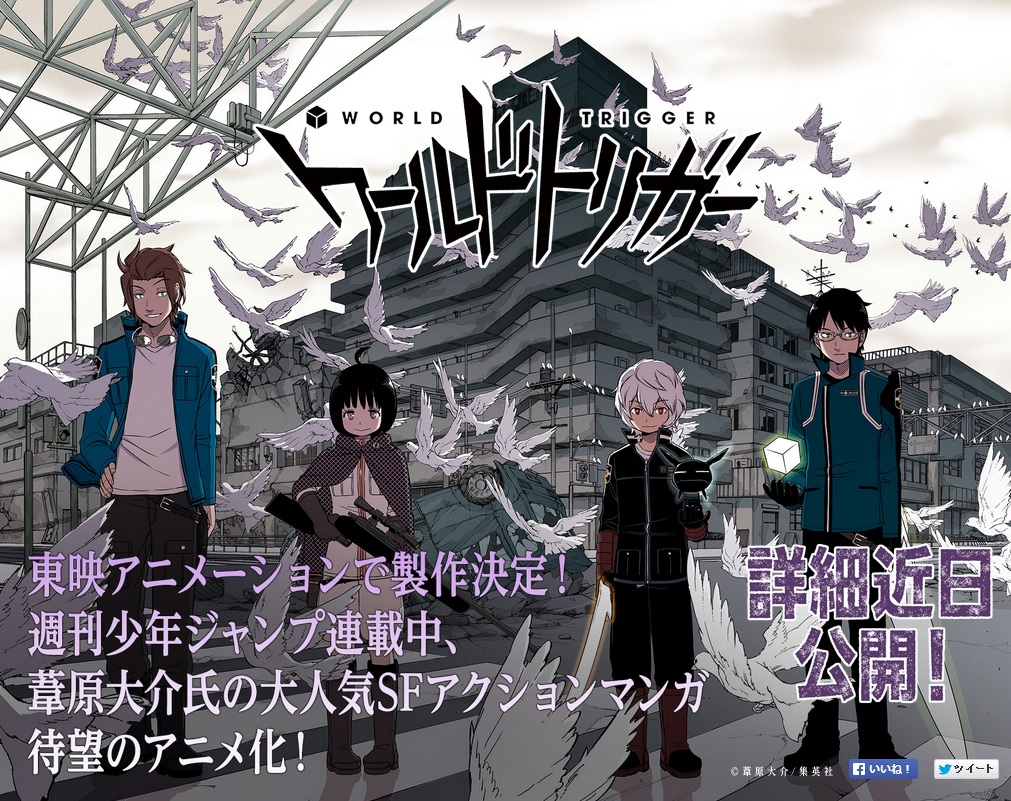 There’s no indication as to whether they’ll repeat the roles in the anime, but a vomic (voice comic) featured the following cast: