Megumin from anime adaptation of Natsume Akatsuki and Kurone Mishima’s Kono Subarashii Sekai ni Shukufuku wo! (Give Blessings to This Wonderful World!) light novel series has been featured as a poster in the March 2016 issue of Megami. You can purchase this issue here (get 5% off with coupon code MOE-N3Y-4YW0QK). 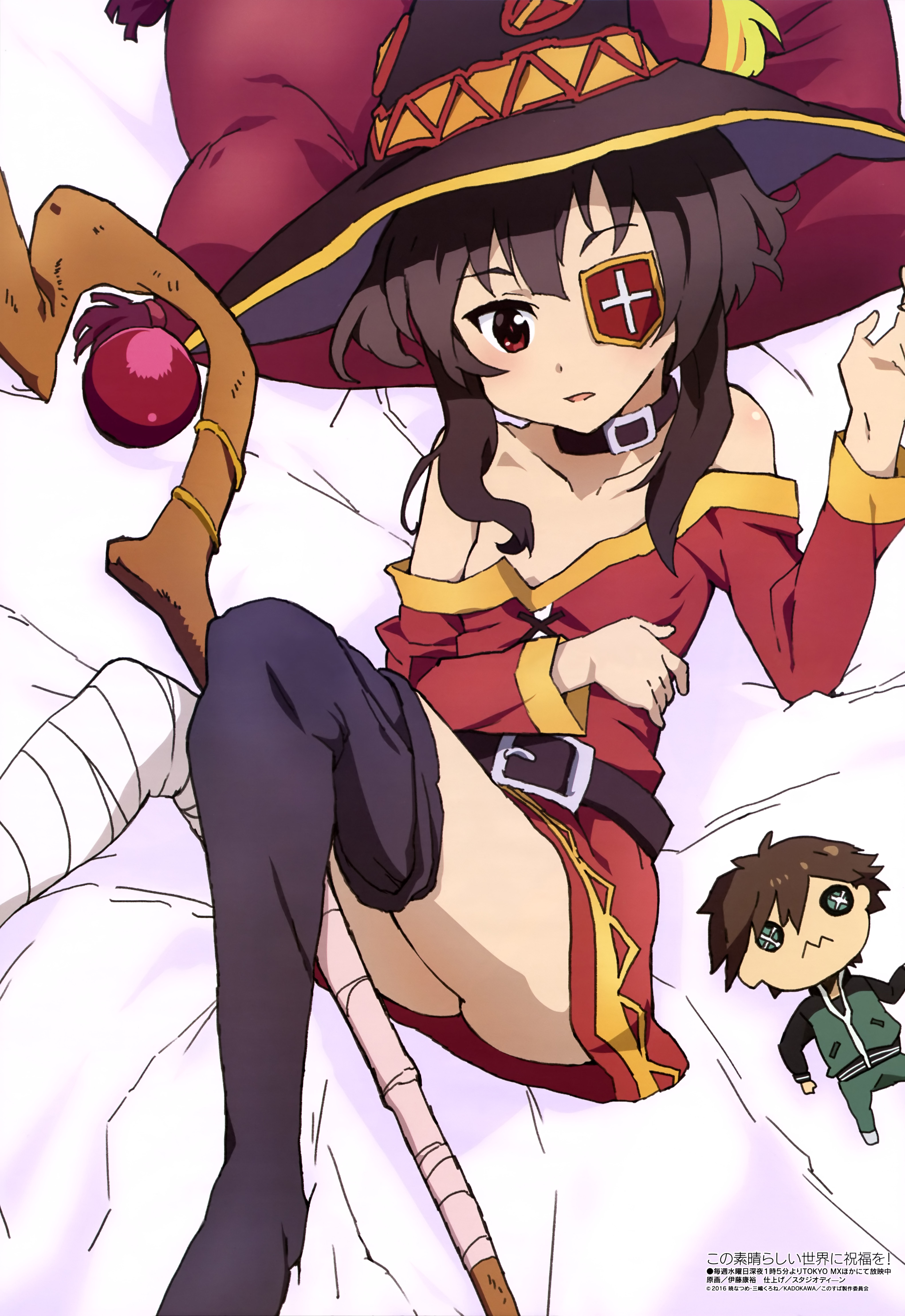