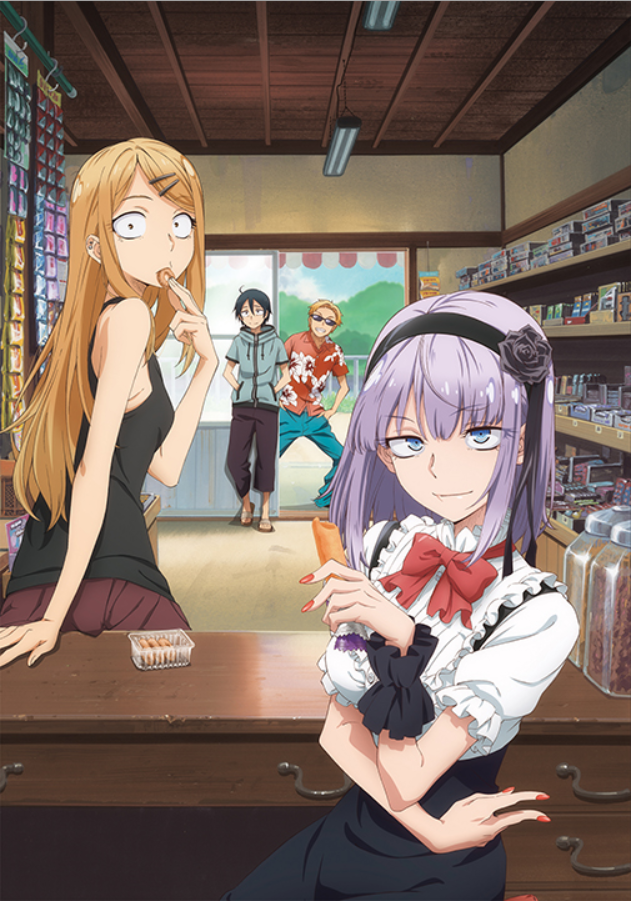 Learning about another country can be pretty interesting, especially if the culture of the country is entirely different from your own. People can have so many different ways of thinking about one particular topic from the most important of laws, to the simplest ways to live every day life. Food can change from one region to another, and how one country uses a particular ingredient can be entirely different from how another country uses it. In Japan’s case, you have snacks like raspberry-flavoured Kit-Kats, and ramen-flavoured chips. Japanese snacks are at the core of Dagashi Kashi, a show about Japanese candy, and a couple of teens in the candy business.

Dagashi means “cheap candy” in Japanese, and the anime follows Kokonotsu Shikada (called Coconuts by his friend Saya), an aspiring manga artist living with his dad, who owns a small candy shop in a rural Japanese town. His dad wants him to take over the candy shop when he gets older, but Kokonotsu wants nothing to do with the store. His family has owned the small store for generations, so his father wants the store to carry on. One day, the store gets a visit from Hotaru Shidare, the daughter of a major candy manufacturer. She has come to learn more about selling candy from Kokonotsu’s dad, who is famous for his eccentric attitude and sales. She wants Kokonotsu’s dad to join her in her dad’s company, but Kokonotsu’s dad will only do it if Kokonotsu takes over the store. Hotaru makes it her mission to convince Kokonotsu to give up on his manga artist dream and run the candy store instead. 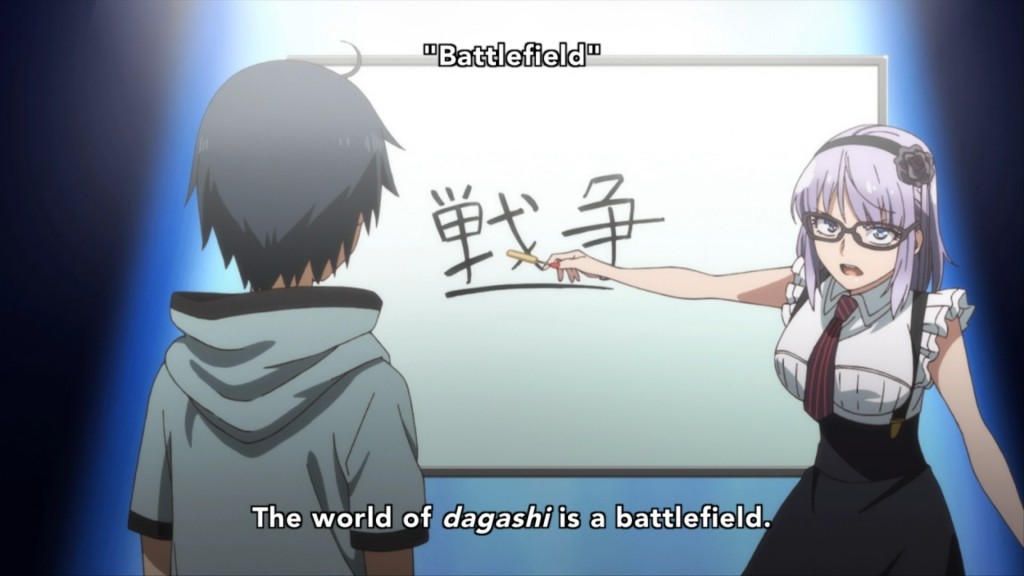 I started Dagashi Kashi a little late; I only started watching it around the end of last week. By the time I started watching it, there was already a bit of excitement about it in some of the anime communities I follow, so I went into it with higher than normal expectations. Unfortunately, it hasn’t met those expectations. That’s not to say I’m not having fun watching it however. If anything, the anime gives insight into the candy business of Japan, or at least when it comes to dagashi.

One of the most fun things about the anime is Hotaru. It’s interesting to see someone so into something as simple as candy, how passionate she is about the entire art of making it, and its history. She’s the example of showing how someone can have an interest in anything, and be incredibly knowledgeable about it. She makes a good part of this show enjoyable due to her eccentric nature, and she stands out among some of the other characters. The other characters aren’t exactly charismatic, as they’re mostly the stereotypes we see in anime a lot. Personally, I feel nothing for the characters except for Hotaru at the moment.

The art style is taking me a bit of time to get used to. It’s a bit odd for me to see big eyeballs, but small pupils. It may just be me watching too much moe. Other than the eyes, everything else looks good. The rural Japanese town setting is a nice change from the cities.The animation as of right now is nothing special, but it’s not bad either. It does its job for a simple anime like this.

Ayana Taketatsu is a voice actress I would like to hear more often. Unfortunately, she doesn’t do these slice of life-like anime very often. The last anime role that she had that I had actually watched was Kantai Collection last winter season. So it’s a pleasure to hear her voicing Hotaru here. Atsushi Abe voices Kokonotsu and he’s been around the block more than a few times. Both the OP and ED don’t really do it for me. I could honestly skip them and not notice. I personally don’t find anything particularly interesting about the songs they use. The soundtrack of the anime itself is likewise subdued, but it’s understandable given the setting.

I don’t really have too much else to mention about Dagashi Kashi. Unless a story pops up later on, or the characters get more interesting and develop more, this could basically be my review. I’m not sure why this isn’t labelled as a slice of life as it basically is one at this point. Even then, I’ve seen better ones. I’m going to keep on it just to learn more about dagashi, and to see more of Hotaru’s antics. Those two things help make this anime fun, and hopefully it continues.

Thoughts on Dagashi Kashi anyone? Let’s see your opinion in the comments!