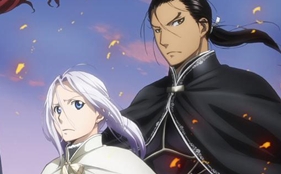 It was revealed during the Arslan Senki event “Yashasiin! Carnival” on Sunday that a new television anime of Arslan Senki will premiere in 2016. More details about this announcement will be made unveiled on the official website in the future.