It has been revealed that Tite Kubo’s Bleach manga will be receiving an anime adaptation of the Thousand-Year Blood War arc. More information will be revealed at a later date. 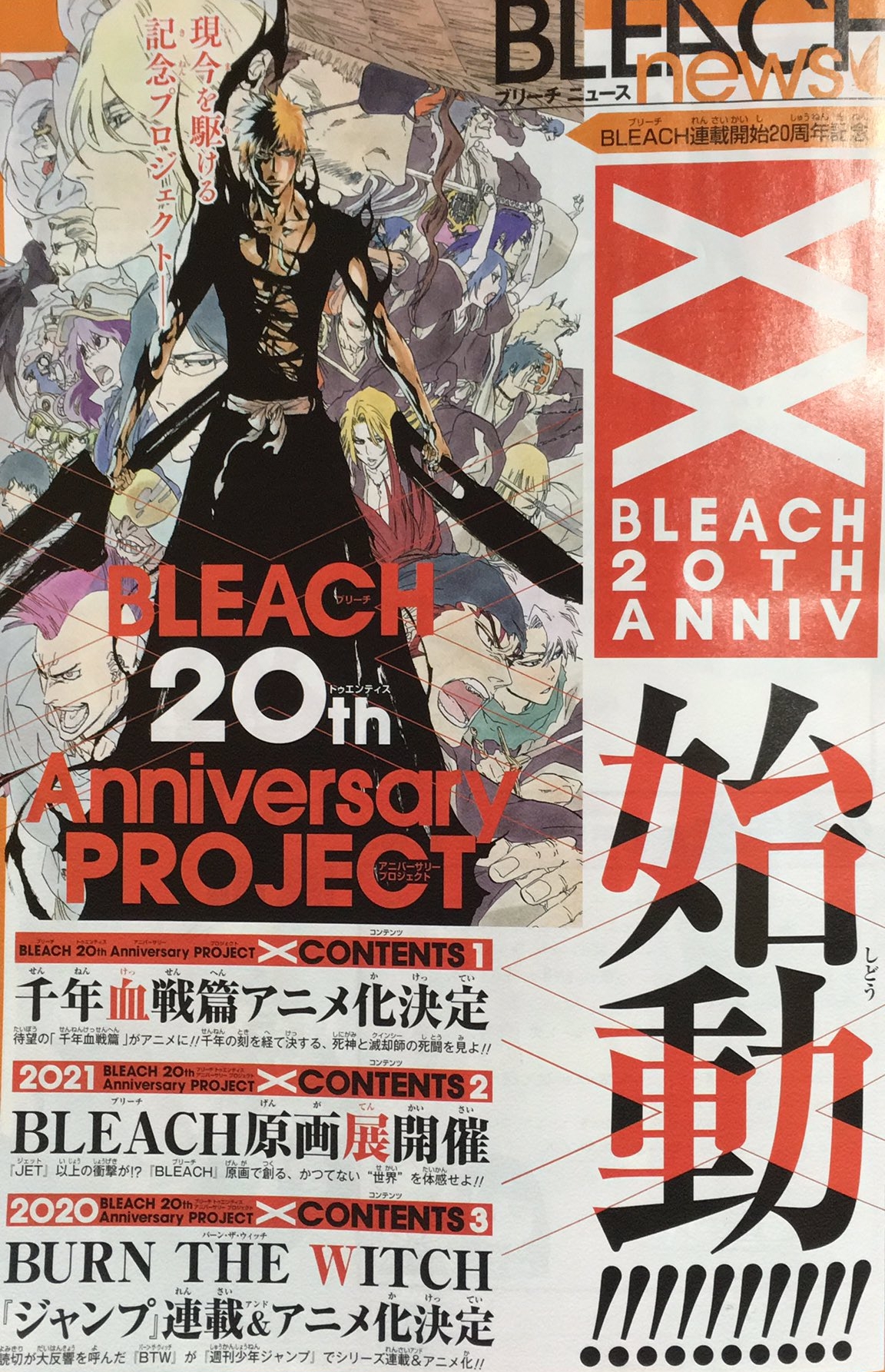 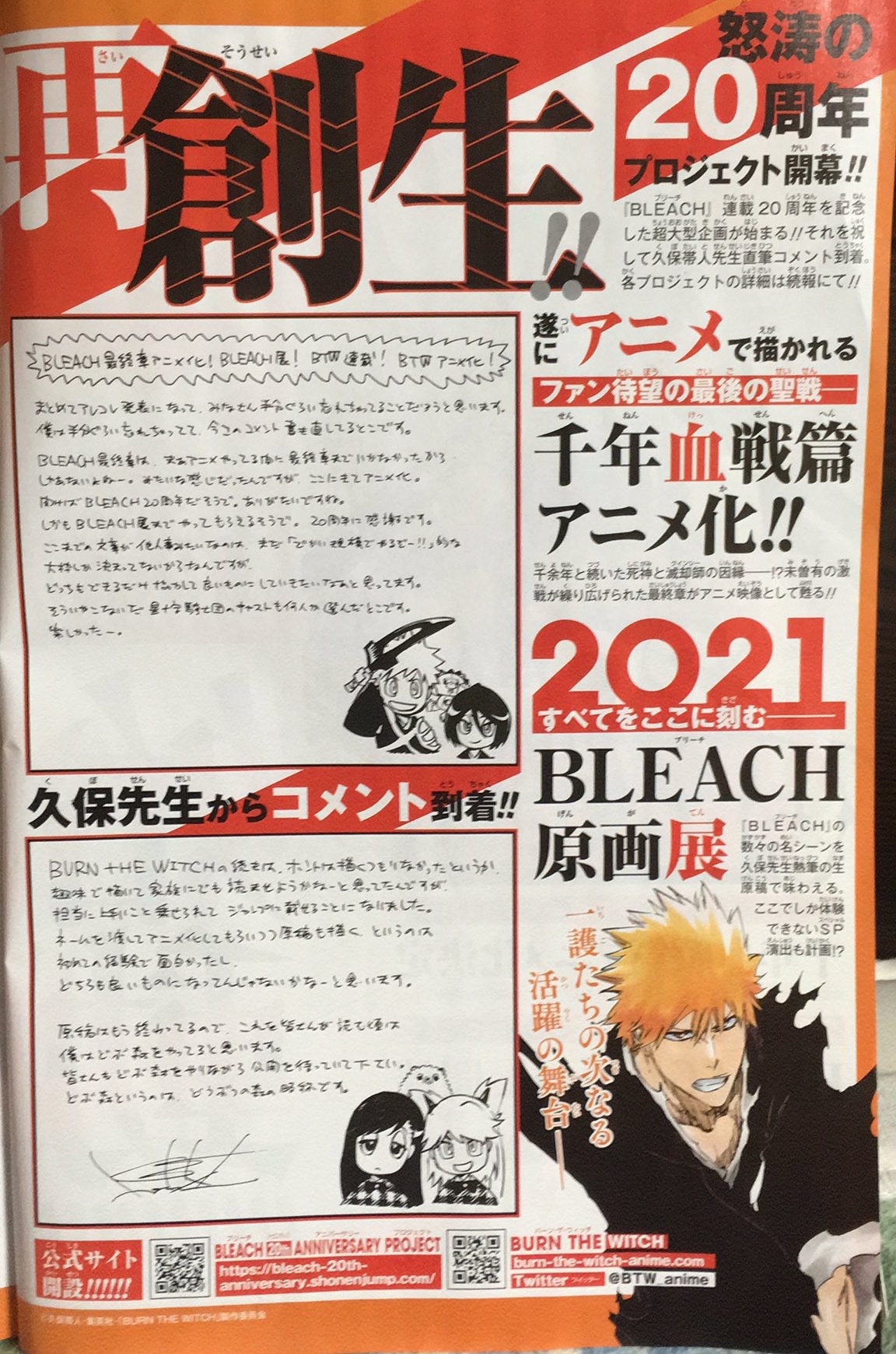 In related news, it has also been unveiled that Tite Kubo’s one-shot manga Burn the Witch will receive a TV anime adaptation by Studio Colorido. 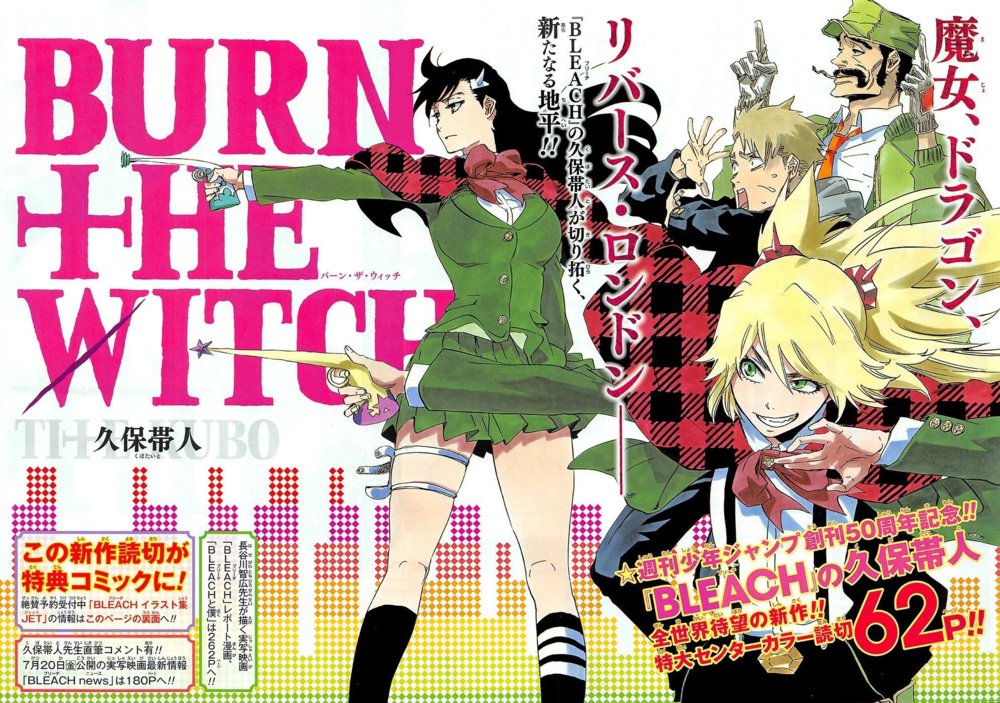