This year’s ninth issue of Shueisha’s Weekly Shonen Jump magazine will be announcing on Monday that Marina Inoue will voice Momo Yaoyorozu, and Yoshimasa Hosoya will voice Fumikage Tokoyami in the upcoming anime adaptation of Kouhei Horikoshi’s Boku no Hero Academia (My Hero Academia) manga. The magazine also revealed the character designs for both characters in both their school uniforms and hero costumes. 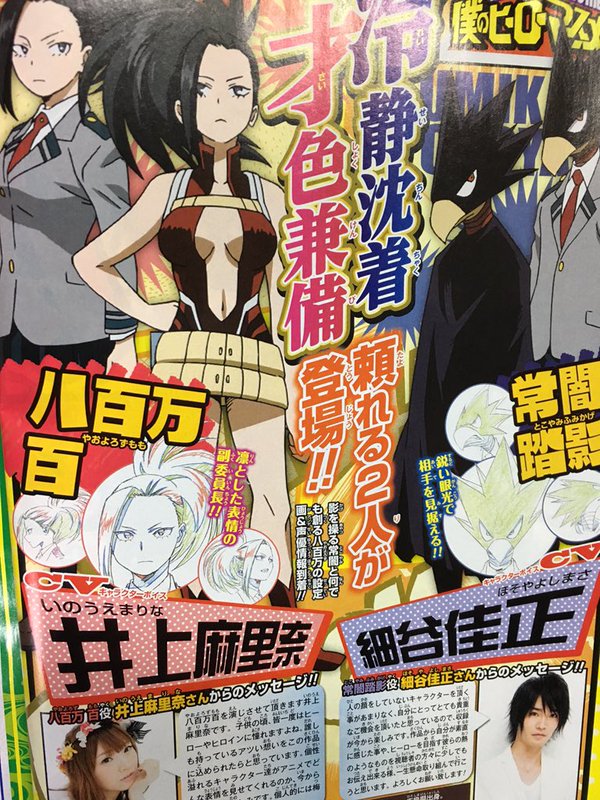