A new Christmas visual of Takami Chika, Sakurauchi Riko and Matsuura Kanan from the upcoming Love Live! Sunshine!! anime project have been featured as a double page spread in the January 2016 issue of Dengeki G’s Magazine. You can purchase this issue here (get 5% off with coupon code MOE-N3Y-4YW0QK). 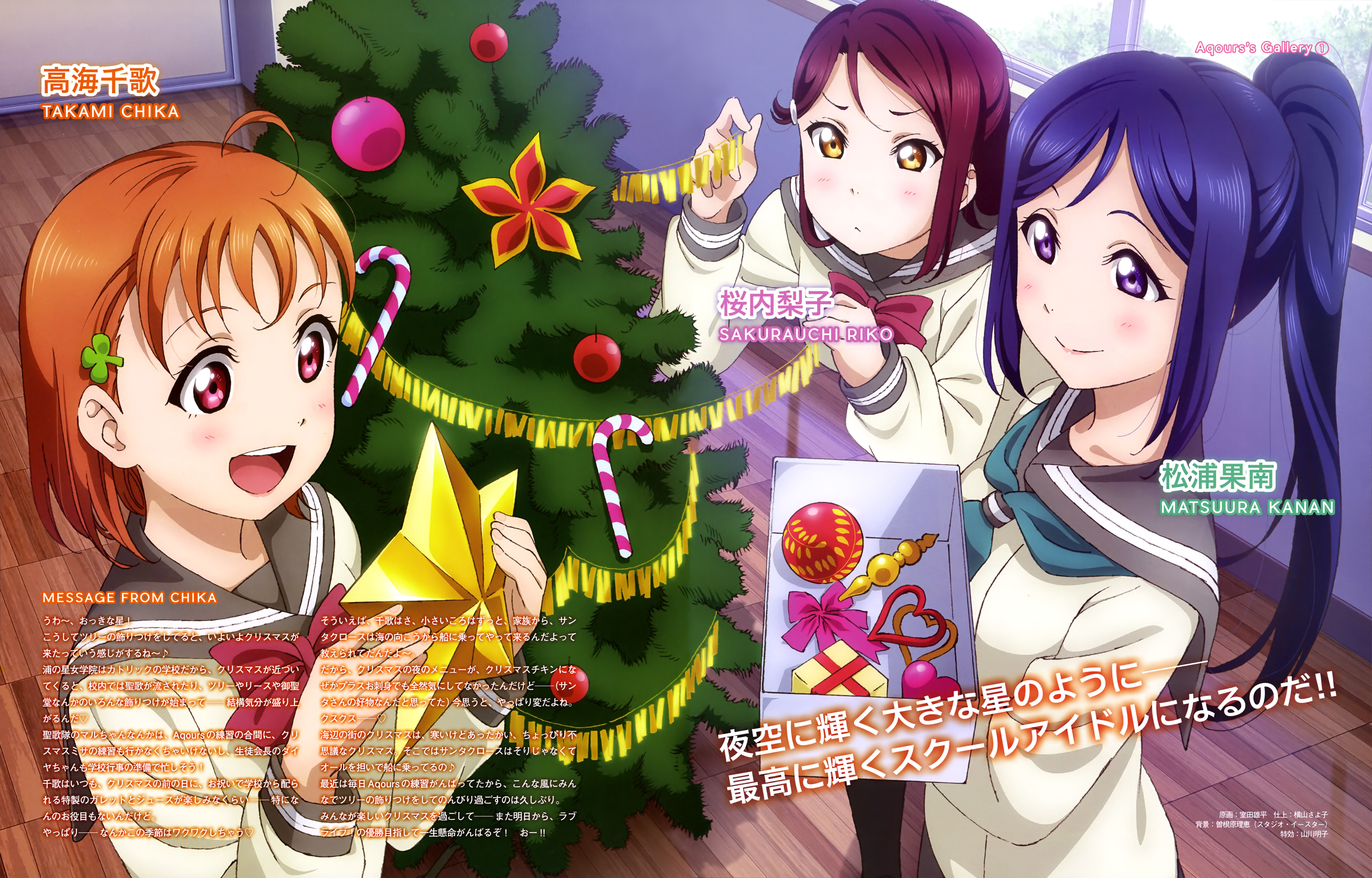 It was revealed earlier that the idol group name in Love Live! Sunshine!! was decided, thousands of fan voted and the group will be called Aqours and their first song will be released on October 7th.

Earlier this year, Dengeki G‘s magazine hosted a poll to allow fans to name the 9 idols of Ura no Hoshi Girls Academy. A poll was also set up for the first series, Love Live! School Idol Project, where the name μ’s was chosen. Coming in first place for Love Live! Sunshine!! with a comfortable 4644 votes, fans have chosen:

The official site of the new project has also revealed that the first single of Love Live! Sunshine!! will be released on October 7th this year. Additional information about the songs will be revealed in the August issue of Dengeki G‘s magazine, releasing on the 30th this month.