Home Anime Celebrate Festivities with the Shipgirls of Ars Nova

Iona, Musashi and Yamato from the Aoki Hagane no Arpeggio: Ars Nova series has been featured in the December 2015 issue of Animedia. This issue of Animedia can be purchased here and you can view the other posters that came in this issue here. 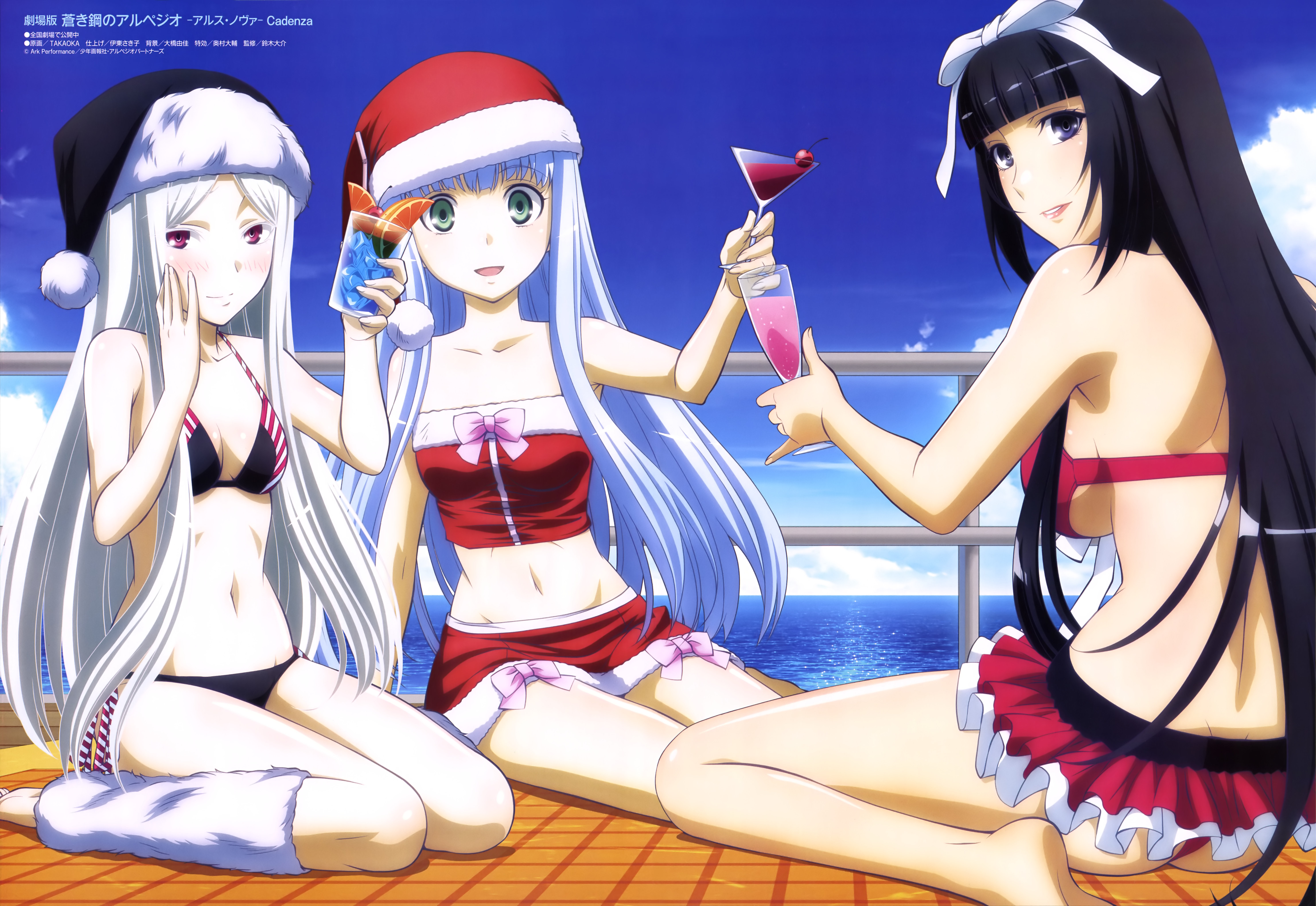