The manga creator is a psychiatrist who irregularly publish his works on Yuu Mental Clinics’ website since 2009. Sou (artist on Yuuki’s another manga, Otona no 1 Page Shinrigaku), illustrates the manga. On 2010, Young King began publishing the series and at the same time, released the first compiled volume of the manga. The 11th compiled volume was released on June and has reached a total of 3 million copies in print. 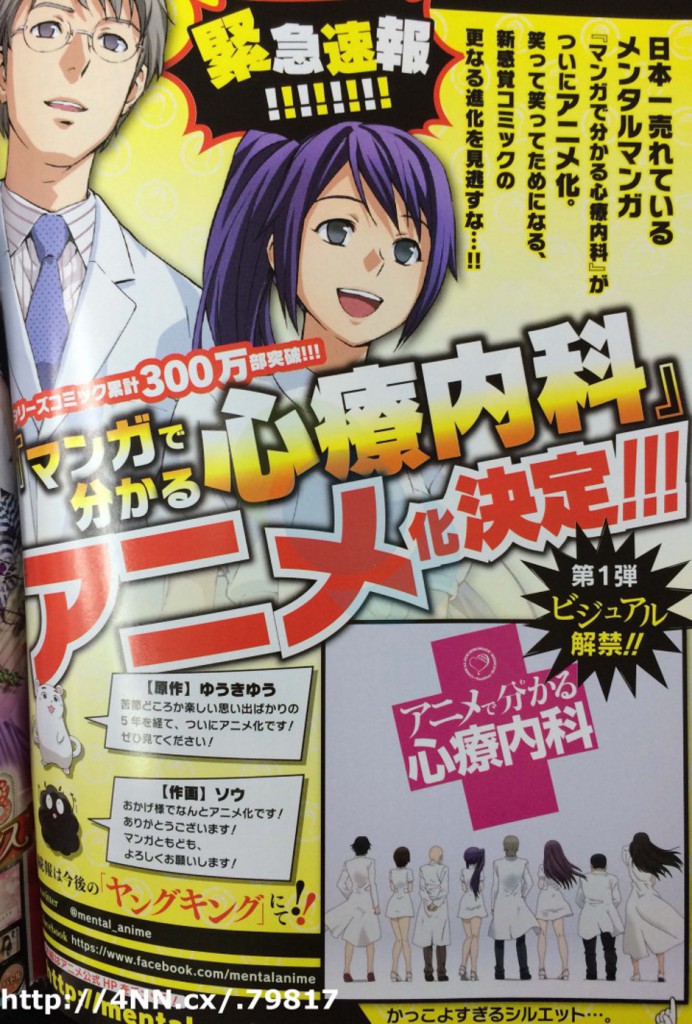 Few illustrations of the manga in celebration of 2014:

The psychologist Ryou and his cheerful nurse Asuna explain many aspects of mental illness to the reader. They cover topics such as the validity, prevalence, and origins of mental disorders, in addition to addressing specific disorders. The information is imparted in a cheerful and comic manner, with various jokes, puns, and pop culture references.