The first commercial has been revealed for the upcoming anime adaptation of Front Wing’s Grisaia sequel visual novels Grisaia no Meikyuu (The Labyrinth of Grisaia) and Grisaia no Rakuen (The Eden of Grisaia). This commercial gives us a very brief look at the upcoming anime as well as previewing the Opening theme for Grisaia no Rakuen, Setsuna no Kajitsu performed by Maon Kurosaki. The first episode of the anime will be a 60 minute special. It will cover Grisaia no Meikyuu, which is a sequel to Grisaia no Kajitsu (The Fruit of the Grisaia) and continues all of the routes from the parent game. Grisaia no Rakuen continues on from the main canon ending of Meikyuu and is the final chapter in the Grisaia visual novel trilogy. The anime will also be produced once again by 8-Bit (IS: Infinite Stratos, Tokyo Ravens).

The Grisaia no Meikyuu and Grisaia no Rakuen anime will be airing this April during the Spring 2015 anime season.

Here is the main visual for the upcoming anime: 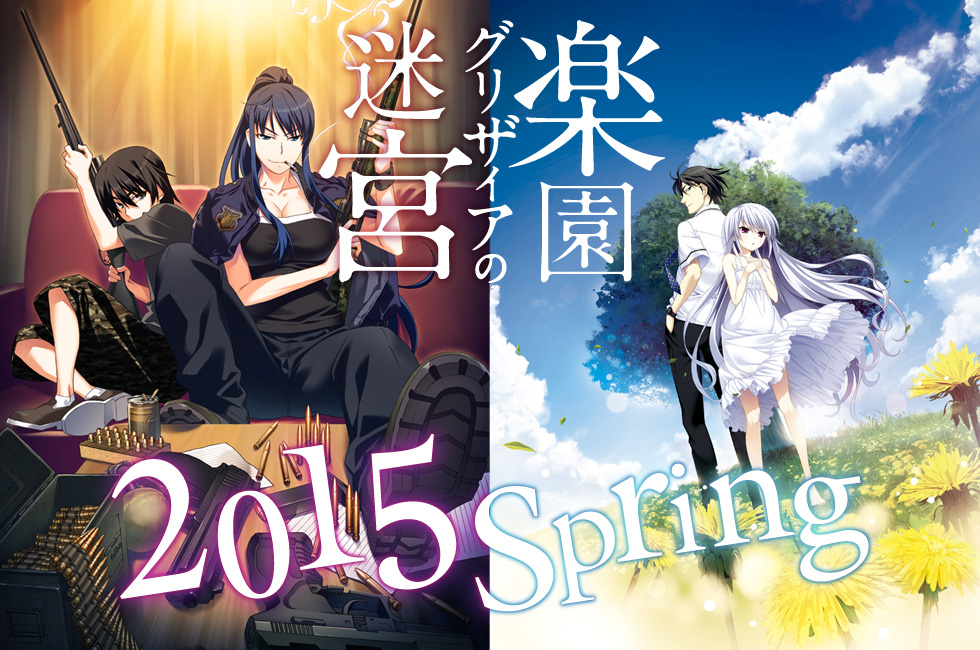