TOHO began streaming the first trailer for the upcoming Detective Conan Movie 19: The Hellfire Sunflowers on Friday. The movie will debut in theaters across Japan on April 18, 2015, and Kaitou Kid takes the spotlight in this movie. 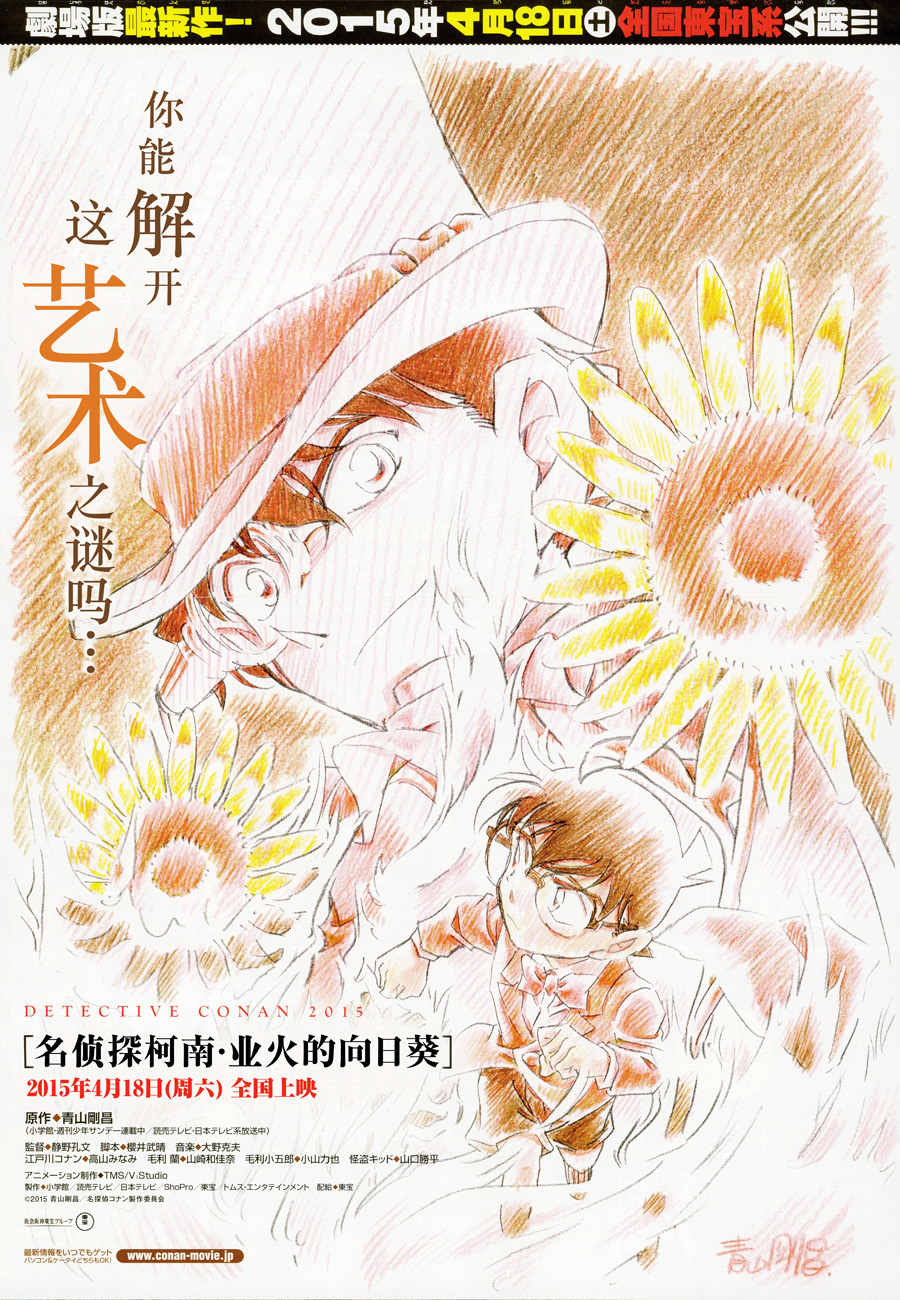