It has been revealed, though unofficially, that an anime adaptation of The Disappearance of Nagato Yuki-chan is currently in production. The news was revealed visiting the Haruhi website via an android device. The anime has been reported to air in April 2014. Additionally, another series titled The Jump of Asahina Mikuru will also air during that time. Information on both these anime is scarce. 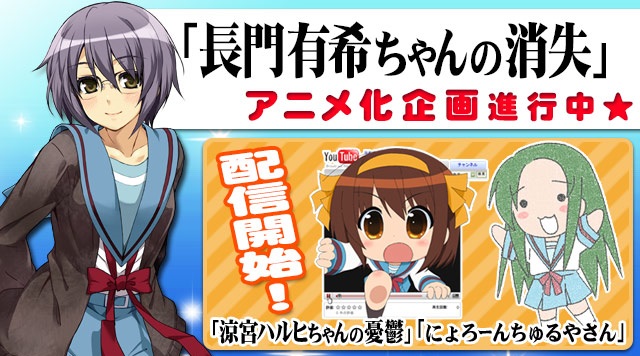 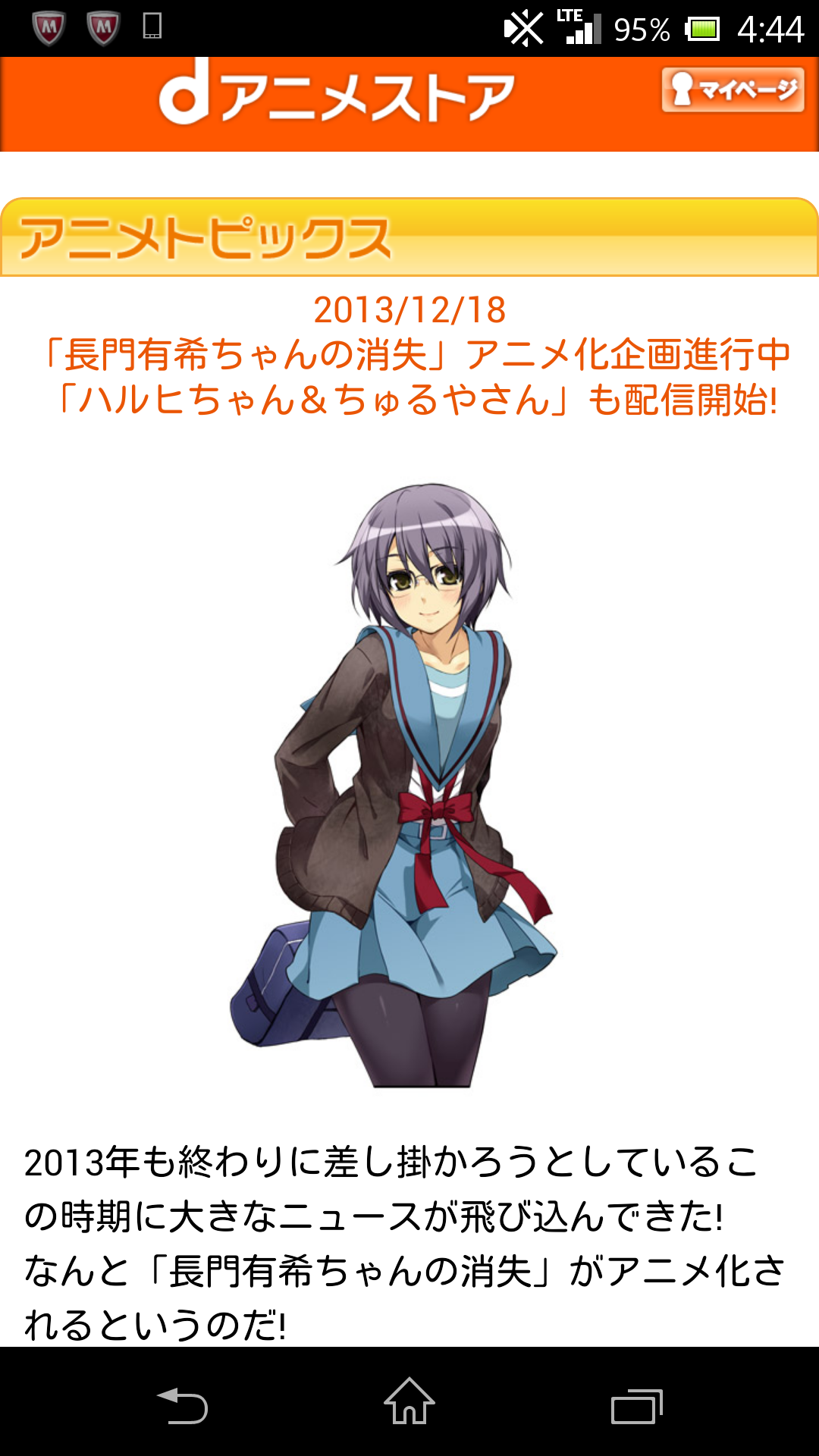