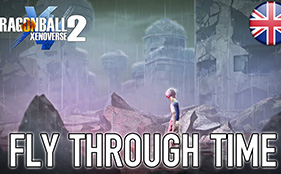 Bandai Namco Games have announced a sequel to the 2015 fighting game, Dragon Ball Xenoverse. In addition, an announcement video has been released for Dragon Ball Xenoverse 2 showcasing that the upcoming game will feature lots of new colorful and vast environments. The game will also have players travel to pivotal moments from the franchise that have been corrupted by an unknown force. The game will once again be developed by Dimps.

Dragon Ball Xenoverse 2 will be releasing on PlayStation 4, Xbox One and on PC via Steam in 2016.

Dragon Ball Xenoverse released on the PlayStation 3, PlayStation 4, Xbox 360, Xbox One and on PC, in early 2015. It was developed by Dimps and published by Bandai Namco Games. Dimps produced the Dragon Ball Z: Budokai series on the PlayStation 2, Gamecube and PlayStation Portable, and Dragon Ball Z: Burst Limit for the PlayStation 3. Xenoverse featured a full 3D fighting and destructible environments similar to recent titles in the franchise. It featured an original story and with player created custom characters. The game involves time travel where a bunch of demons, named Mira and Towa (from Dragon Ball Online) have affected the timeline of the series. The Supreme Kai of Time notices this problem and calls the aid of a new mysterious character from the future to travel back in time to set things right, you.