The main staff members of the upcoming anime have also been revealed. They consist of: 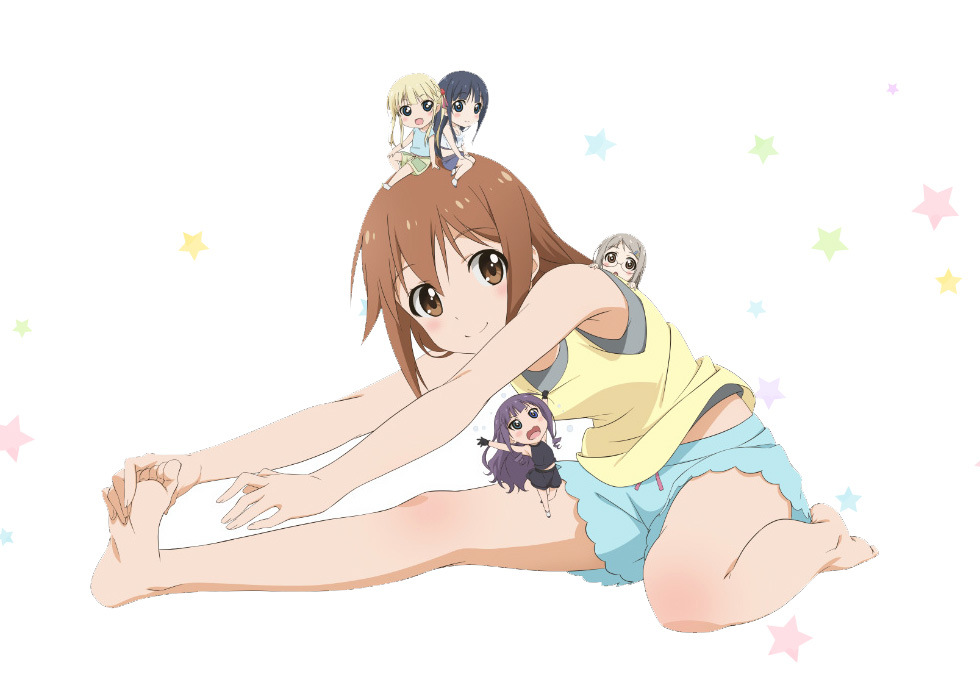 “Move your soul and body!” Each episode contains a variety of routines, such as push-ups, sit-ups, spine twists, dance, yoga, stretches, trunk training, and taichi. Five girls aiming to become idols will exercise with you, and that troubling body fat percentage will go down by 1000%…!?

The Anitore! EX TV anime will air this Fall/Autumn from October 12th on Tokyo MX. Further information about the anime will be revealed in the upcoming weeks.