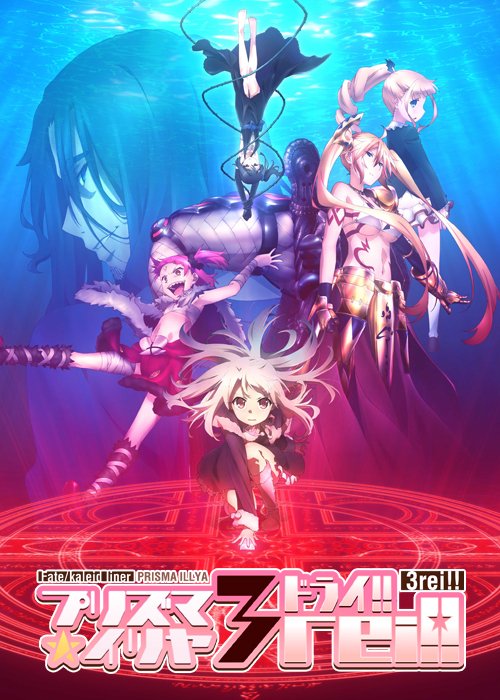 Fate/Kaleid Liner Prisma Illya 3rei!! will begin its broadcast from July 6th on AT-X and Tokyo MX; as well as other unannounced broadcast stations. Prior to its debut, AT-X will be rebroadcasting all episodes of Fate/kaleid liner Prisma Illya 2wei Herz! and an unaired episode on July 3rd from 8:30am JST.

The main cast of the upcoming anime has also been revealed with their updated character designs:

The production staff from the previous anime will return for the fourth season: