Ready for a look at the Black Snow Princess? I bet you’re wondering who I’m talking about. Well, it’s none other than Accel World heroine: Kuroyukihime! The name literally translates to “Black Snow Princess” and so I referred to her as such. Kuro means black, Yuki means snow, and Hime means princess. Now that we’re done with the little Japanese language lesson, let’s move on to discussing this beautiful figure! Made by online one stop hobby shop E2046.com, this figure certainly treats the eyes – a great depiction of the leading lady in her “Accelerated” form. 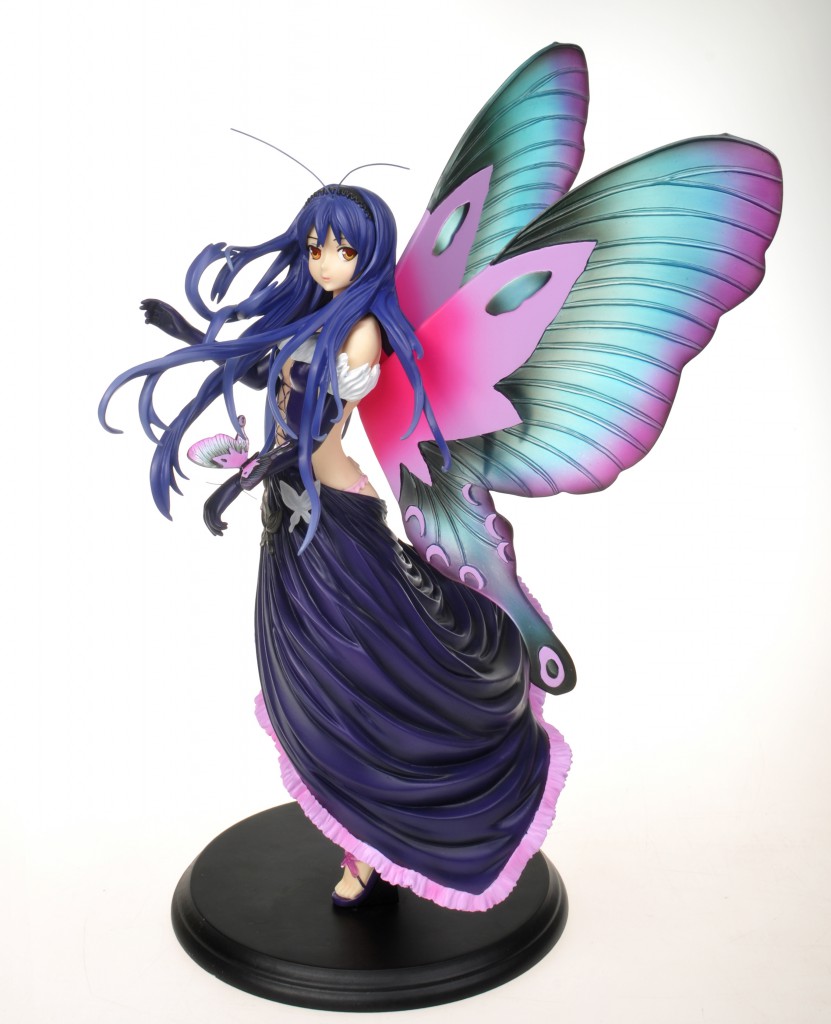 Let’s start this time with what I don’t like about this figure. To be honest, her face does not look a lot like her anime counterpart. Her cheeks are rounder and the expression does not entirely match the look Kuro would most often uphold in the show. Having said that, she certainly does look alluring in her own right. Her slightly narrowed eyes and pursed lips do present the hint of her calm but in control, vixen-like personality. But the face is where this minor dissatisfaction ends, as the rest of her looks wonderful. Her hair color, as well as the way it appears to be flowing, down to her dress is both painted excellently and accurately detailed. Her tight corset that highlights her slender figure as well as her long flowing skirt look great. The butterflies on her gloves are a cool touch as well, but she looks even better from behind. Let us have a look. 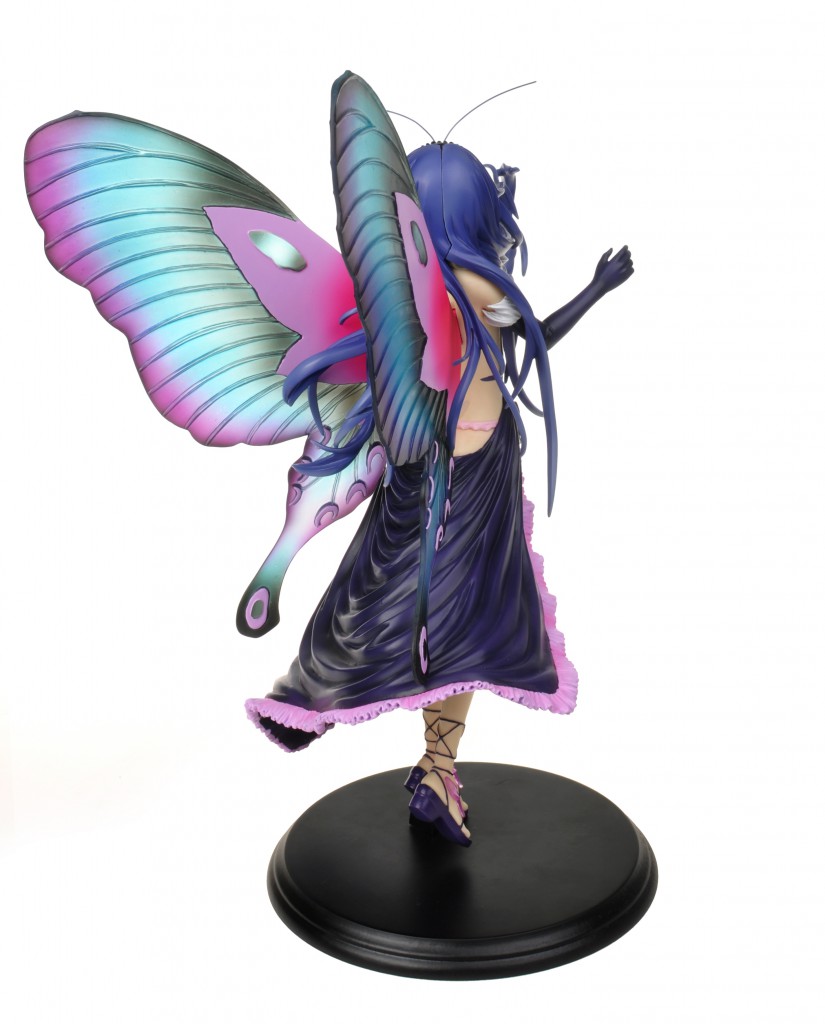 Not only is the gentle rippling of her skirt more apparent, but you can see her bare back too. But that still isn’t the best bit. As you probably have noticed, her wings look absolutely stunning. The color patterns as well as the detailed design certainly brings forward the mastery of the maker. The subtle transition of the shading on the larger sections of the wings from light blue to blue to purple is pulled off really well. A sweet little bonus is a peek at the strap of her undies. Don’t act like you didn’t check! 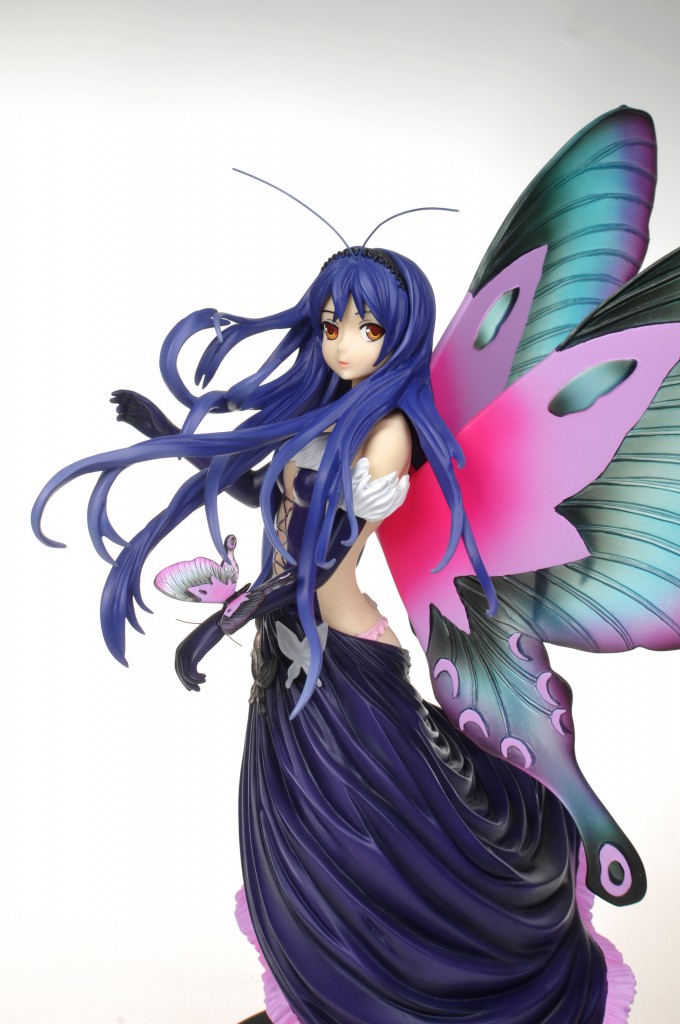 Though no problems have been reported with this figure as of yet, the ends of her hair – especially the two little standing strands on top – as well as the wings themselves seem fairly fragile, so one would be advised to handle her with caution. Apart from these minor concerns, this model seems solid. The stand she originally would have come with is the plain black one as seen in the above photos, but as part of a “Gathering Surprise” she instead comes with a fairly unique stand that one would find pretty damn cool. 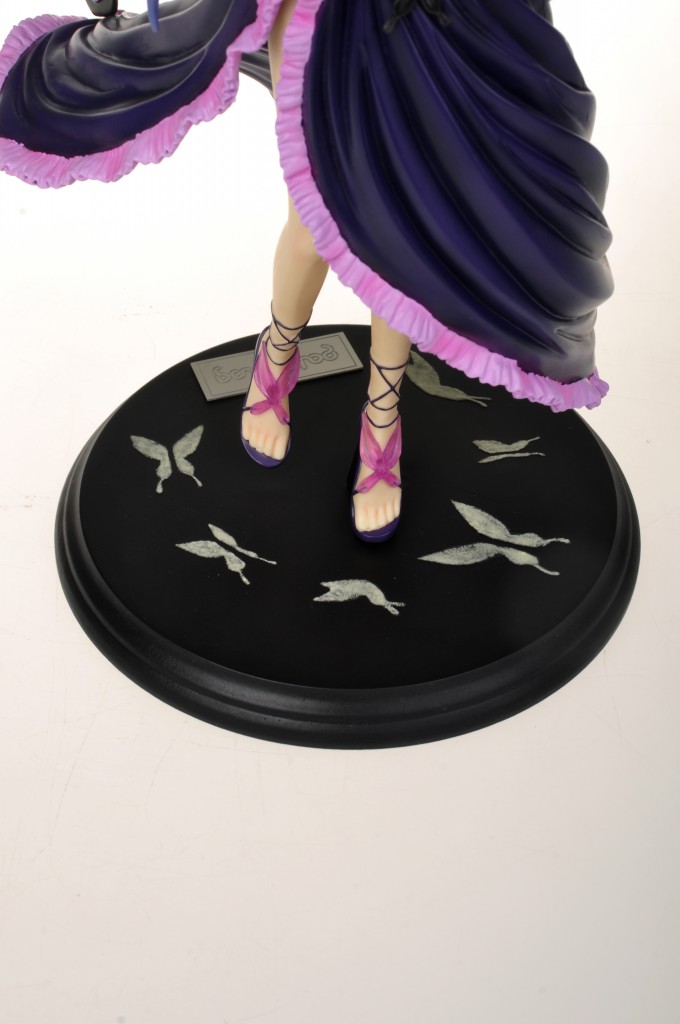 This stand has little butterfly patterns on them! Sticks in with the theme of Kuro’s look perfectly and are tastefully placed around her. Makes for an excellent display base, and any collector would be proud to stand her on this. Kuro herself would approve! But that isn’t the cool part. Dim the lights and you’ll be treated to something really special. 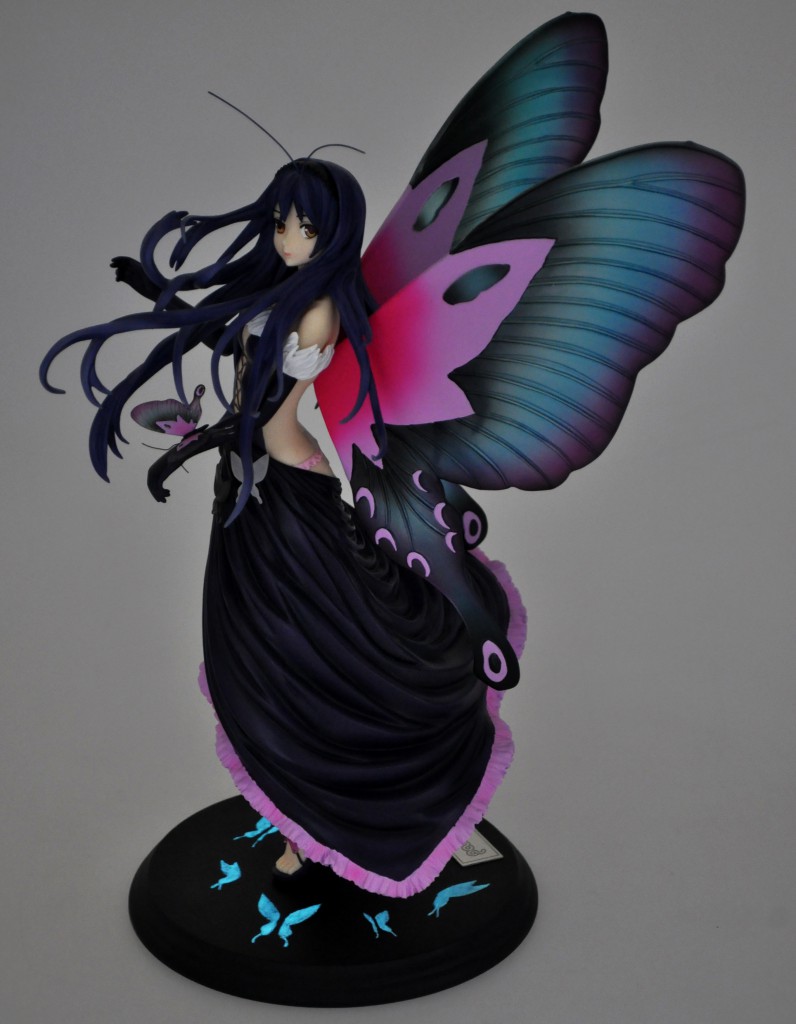 Well, would you look at that! The butterflies light up, shining in a luminescent blue glow! I don’t know about you, but that looks amazing to me. Certainly something you’re going to want to show off, as this is one of the most unique additions to a figure I have seen in a while. While she is originally priced at $205.99, she’s currently for sale at a 25% discount, meaning she’s only for $154.49! She stands 28cm tall -which is about 11 inches – and weighs around 2kg – about 4.5lbs. 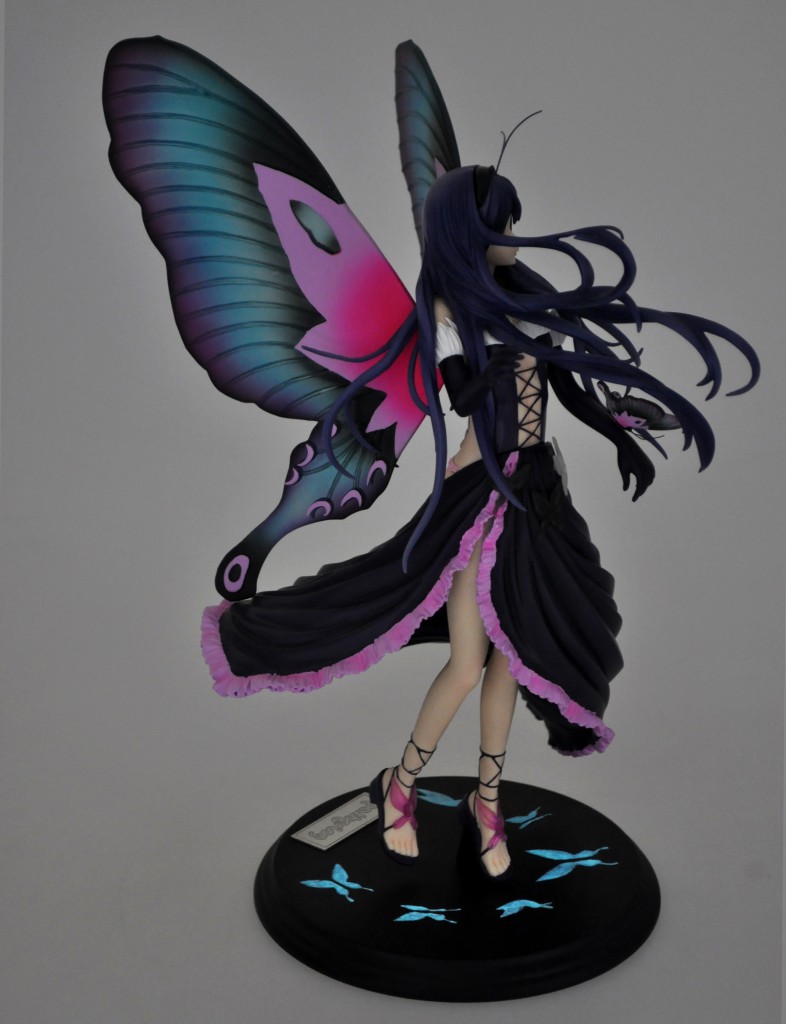 On the whole, while it may be true that she’s a little delicate, and perhaps I can’t see her personality in her expression as well as I could in some of their other figures, on the whole I feel they’ve done another good job. The dress, the shoes, the hair, everything looks gorgeous, and the base is amazing in its own right. Available here at the quoted price, she’s in limited supply so you ought get your hands on your very own Kuroyukihime (say her name ten times really fast) as soon as possible!