Let Justice be done, though the Heavens fall.

Gen Urobuchi is an influential writer to say the least. Being the creative mind behind works like Puella Magi Madoka Magica, Fate/Zero, and the more recent Psycho-Pass makes him by far one of the most accomplished writers in the anime scene.  He has always been one to exceed expectations in terms of quality along side breaking the expectations you have for the show itself.  There is not a doubt in my mind everything in his portfolio is a fantastic example of how to do whatever genre it’s in whether it be medieval, magical girl, or detective.

Enter Aldnoah.Zero, a mecha anime by Gen Urobuchi and the director of the Fate/Zero Ei Aoki.  In this world the Apollo 17 mission of 1972 discovers a hypergate to Mars on the surface of the moon.  Humans begin to colonize Mars shortly after, and eventually seperate completely from Earth and become known as the Vers Empire.  They stake claim of the old Martian artifacts and technology known as Aldnoah.  This leads to aggression between Earth and Mars, followed by all out war on the Moon orbiting Earth.  The conflict was eventually settled and peace had been achieved for an unspecified amount of time.  Now, a princess of the Vers Empire known as Asseylum is sent down to Earth to do an official declaration of peace between the Vers Empire and United Earth. 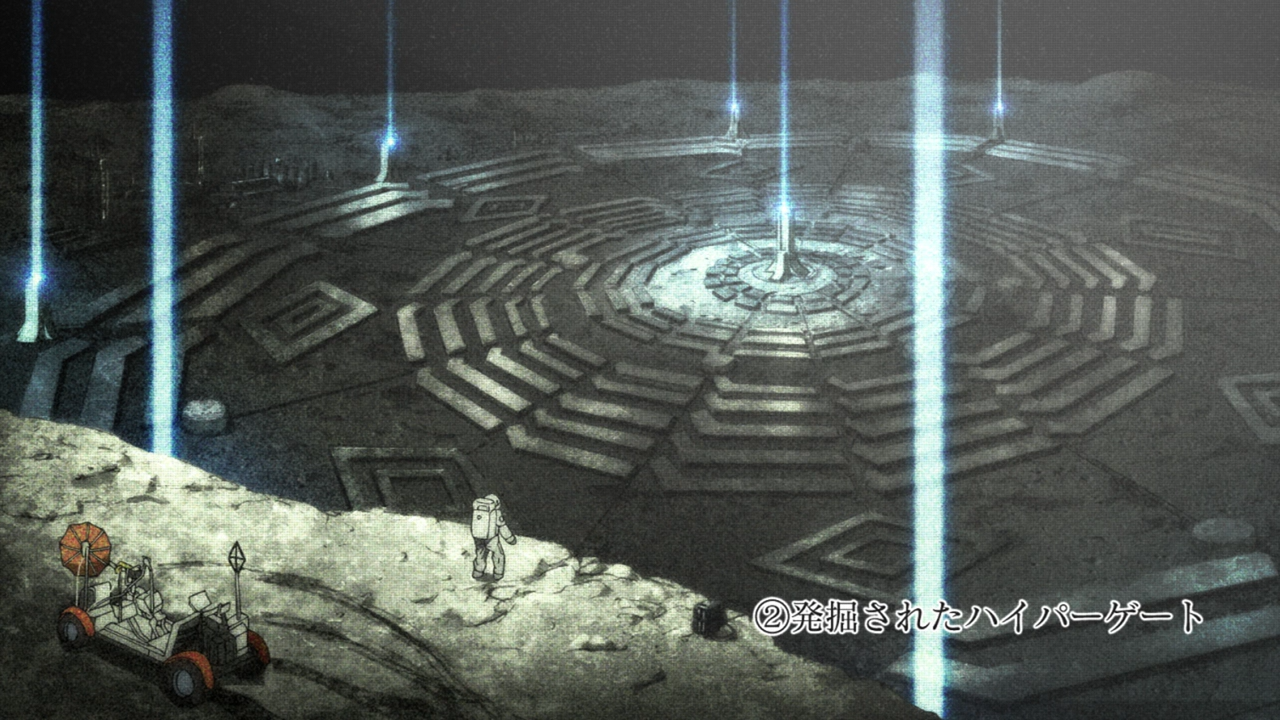 At least, that’s what I’ve gathered from the exposition that the first episode has given.  A lot of the actual info you get in the initial showing is actually pretty scarce, cryptic, and all over the place in general.  I’m sure this was a deliberate choice on the part of the creators of the show, but it was hard to garner the exact details of the current conflict and relationship between the two colonies here.  This is actually a bit disappointing, because it is setting itself to be something potentially interesting and unique in it’s own right.

You definitely get that feeling of fake diplomacy for the sake of publicity in Aldnoah.Zero, and this first episode is most definitely political more than anything else.  It’s hard to garner who the show is going to follow as “main characters” but so far it looks like it’s going about telling this story from the perspective of both Mars and Earth.  On Earth we have Inaho Kaidzuka, Yuki Kaidzuka, and Kouichirou Marito taking the roles as the most prominent characters on Earth.  Marito is probably the most interesting, he’s a lieutenant of the United Earth’s military force who is currently stationed in an area where they train high school students in using the giant mecha robots (every student must take a class on it in this world) that we only really get to see for a very short few minutes of this episode.  In an attempt to not spoil too much about the episode, some of the stuff Marito talks about is definitely set up to be a bit of a character point for him.  Inaho and his sister, Yuki, on the other hand seem to be a bit more of the usual anime crowd you see.  Inaho, though, comes off as very emotionless and intentionally careless in a way that his actions seem almost inhuman.  As a result it’s a bit jarring to watch the way he goes about certain situations.  As of now it seems a bit on the less believable side and hopefully his character turns around a bit during the course of Aldnoah.Zero. 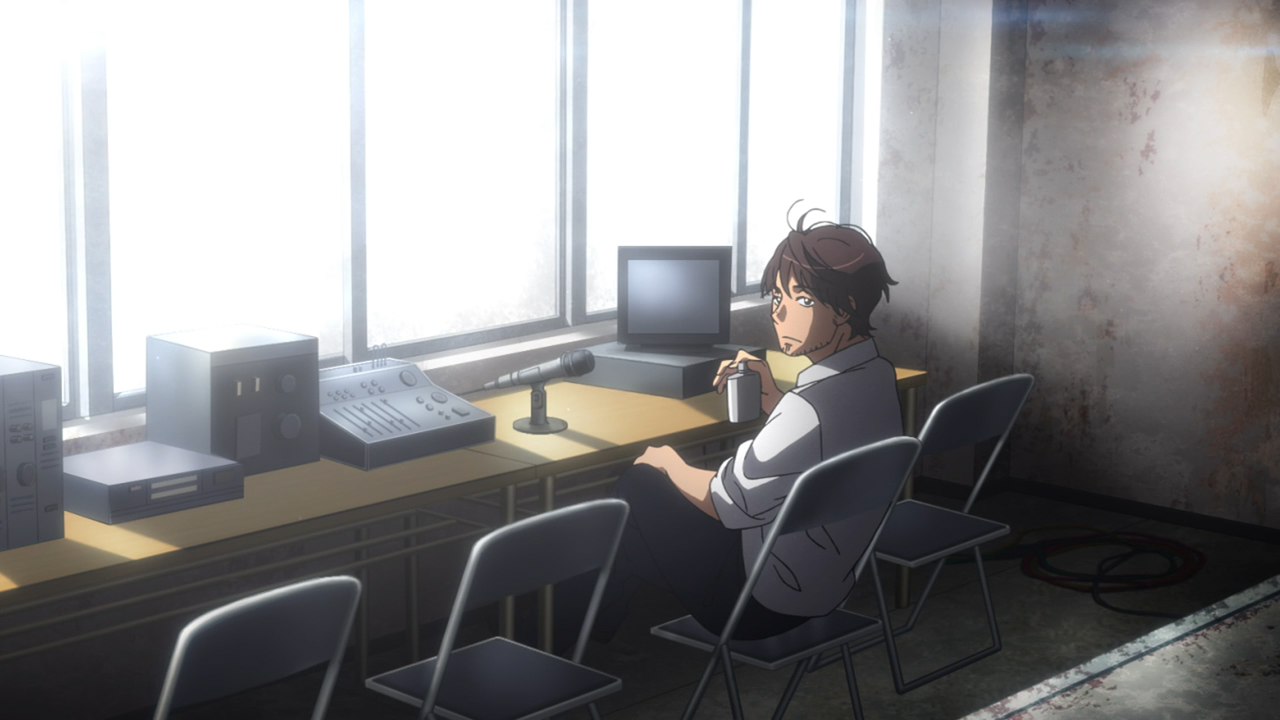 As for the Vers Empire there is Slaine Troyard.  There are other potential characters seen throughout this episode, but he was the most notable and the one that seems to have the most impact on the story.  We don’t know much about him yet besides that he is an assistant and good friend of Princess Asseylum and it’s heavily implied that he may have been an early adopter of Mars and as such is treated as a second class citizen.  This actually goes nicely into something that worries me a bit about Aldnoah.Zero right now, and that is just how bad they’re making out the Vers Empire to be.  Of course this is Urobuchi so things can and probably will change in a snap of a finger, but they definitely made the Martians out to be huge assholes.  They’re basically war-mongering racists who are out to take over the Earth for themselves, and while Princess Asseylum doesn’t know it herself you definitely get the feeling that her visit to Earth has an ulterior motive.  Not to say Earth is made out to be much better, as the United Earth seems to be preparing for war as if it was inevitable themselves. Nonetheless, I hope we get some interesting space politics out of Aldnoah.Zero that aren’t directly black or white which is what this first episode seems to be leaning towards. 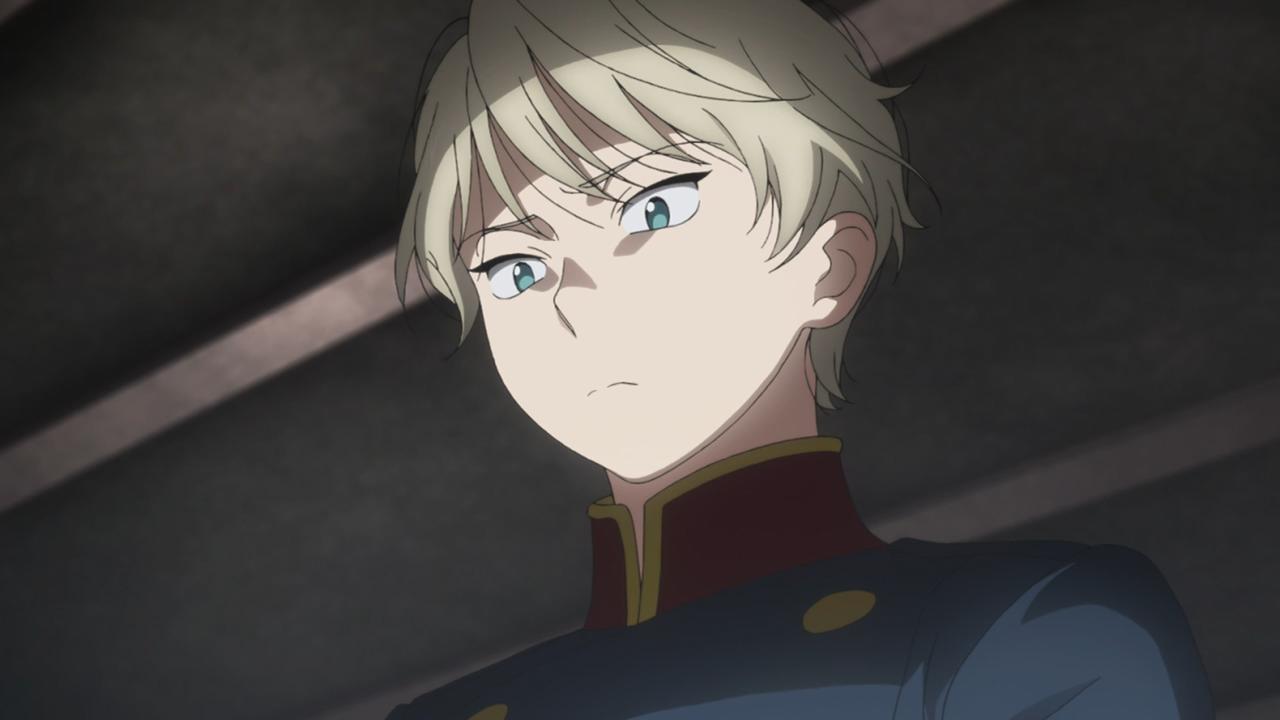 The actual visual fidelity of the show itself is actually pretty impressive in this introduction.  It’s hard to gauge this kind of thing since us anime viewers know exactly what happens when a studio blows their entire budget early on, but character design is certainly good.  The Vers Empire gives off a Victorian Era feeling that definitely accents well with their hierarchical government and attitude.  The martian’s space ships look really cool, as well.  There’s a kind of refreshing amount of color in some of the scenes that is very interesting in contrast to the potentially grim premise of Aldnoah.Zero.  The characters from Earth have pretty run-of-the-mill design so far that doesn’t really impress, but it isn’t bad by any means.  Most importantly, though, are the mechs.  Sadly, you only get to see them for a very short period in a few points of the episode, but from what there is shows a lot of promise.  Earth fittingly has it’s mass produced same-y looking robots, while it looks as though the Vers Empire is getting more of a Zone of the Enders look to it in it’s curvature that definitely has some promise to be cool as hell.  Once again, they’re barely seen at all so it’s hard to say at this point. It’s very exciting to see what comes out of the series when it comes to the visual flair that it flaunts relatively well. 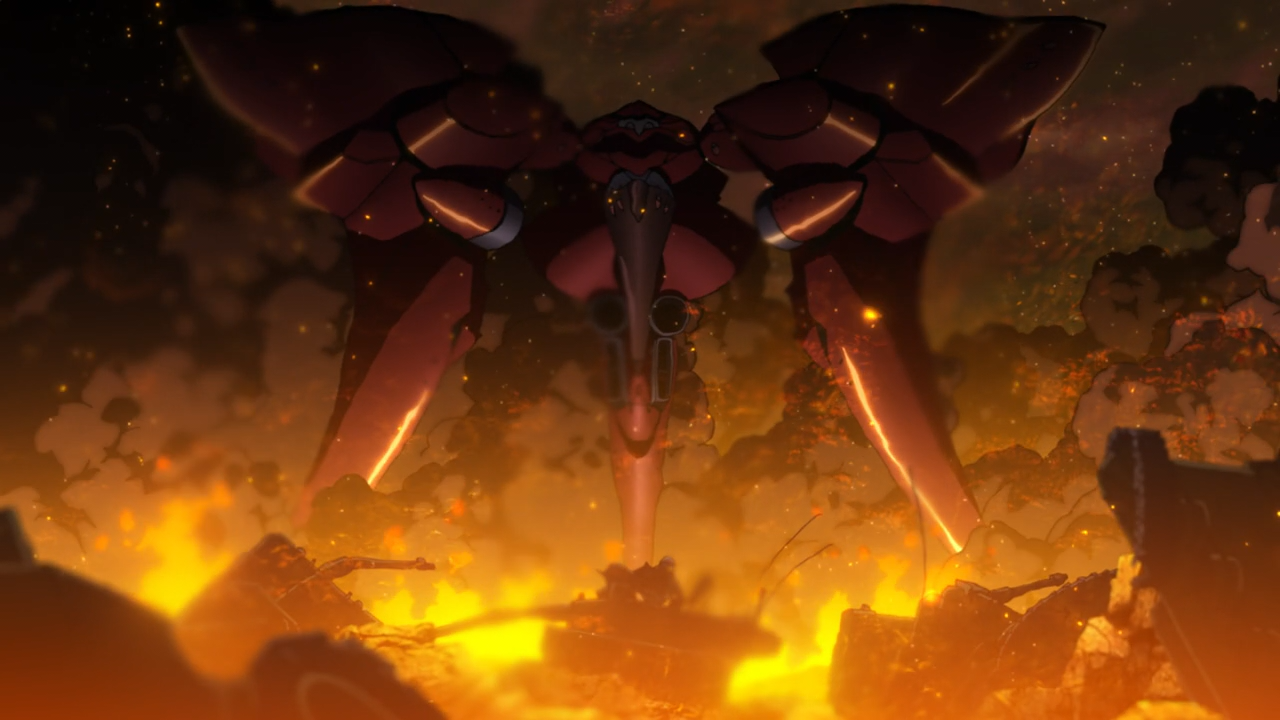 There is not a single doubt in my mind that you should check out Aldnoah.Zero.  It is one of those shows that comes out of nowhere and does something just enough out of the ordinary to warrant your attention.  Gen Urobuchi and Ei Aoki both have history in creating some of the best works to come out of the anime medium, so it’ll be interesting to see what they manage to accomplish with this series.  It also happens to have a theme song by Kalafina who are an absolutely fantastic group of singers that always make the best music, so that’s a plus.  There will definitely be a full-length review once Aldnoah.Zero is finished, so be sure to look out for that.  Until then, I highly recommend this series to anyone looking for an interesting and potentially incredible take on the mecha genre.

If you’re watching Aldnoah.Zero be sure to let us know your thoughts in the comments below!