Figure company FREEing has announced the start of pre-orders for their latest figure, a 1/4th scale of Hatsune Miku’s Winter version. The figure is modeled after their previous 1/4th scale Hatsune Miku V3, which was released in November of last year. Along with a modified color scheme, various  snowflakes have been added onto her outfit to give off a snowy, wintry feeling. Her pose has also been altered slightly, her hand now held up to hold in it a delicate snowflake, and her mouth open in a slight smile.

At 1/4th scale, Snow Miku measures at a massive 42cm (16.5in), and was sculpted by the ever-talented Hiroshi from Sakura Zensen, most known for his beautiful Fate/Extra CCC 1/8th scale Saber Bride released by Meticom Toy. 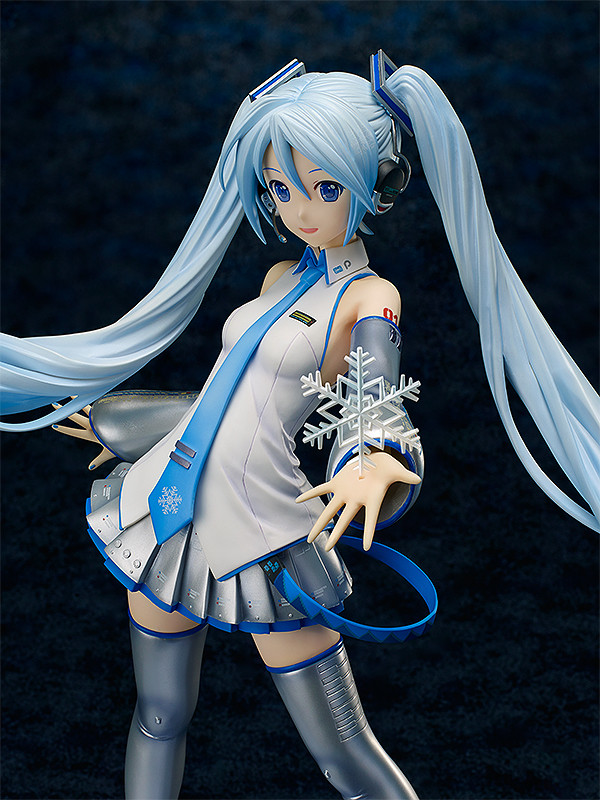 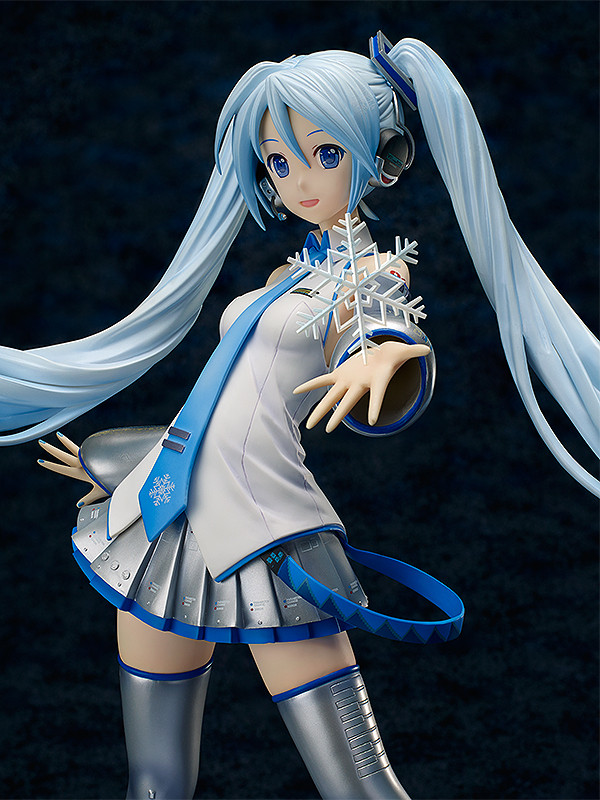 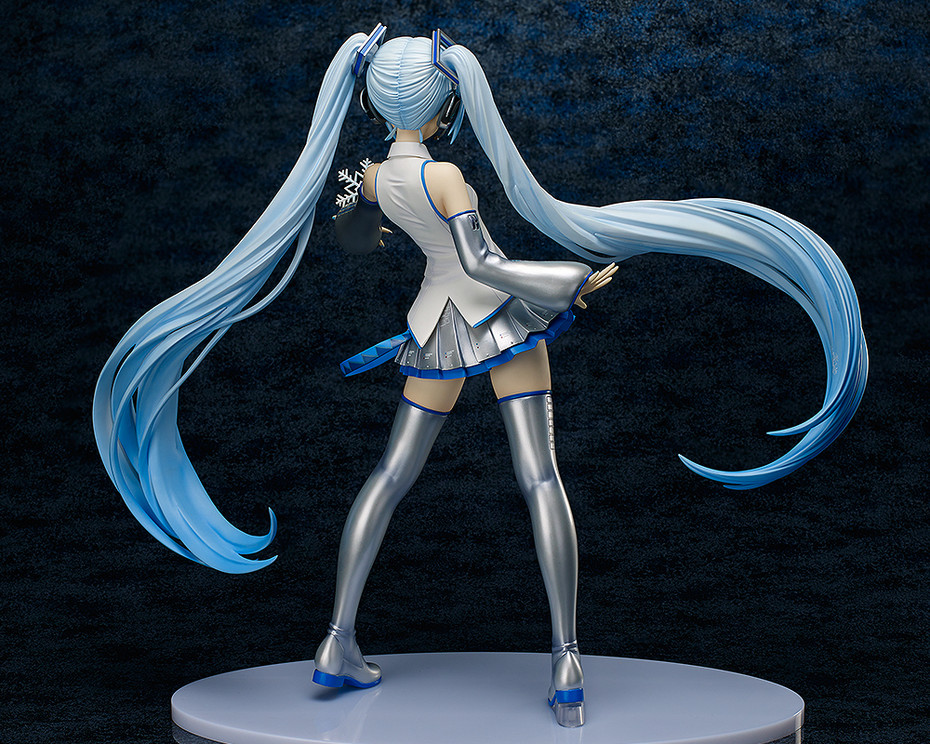 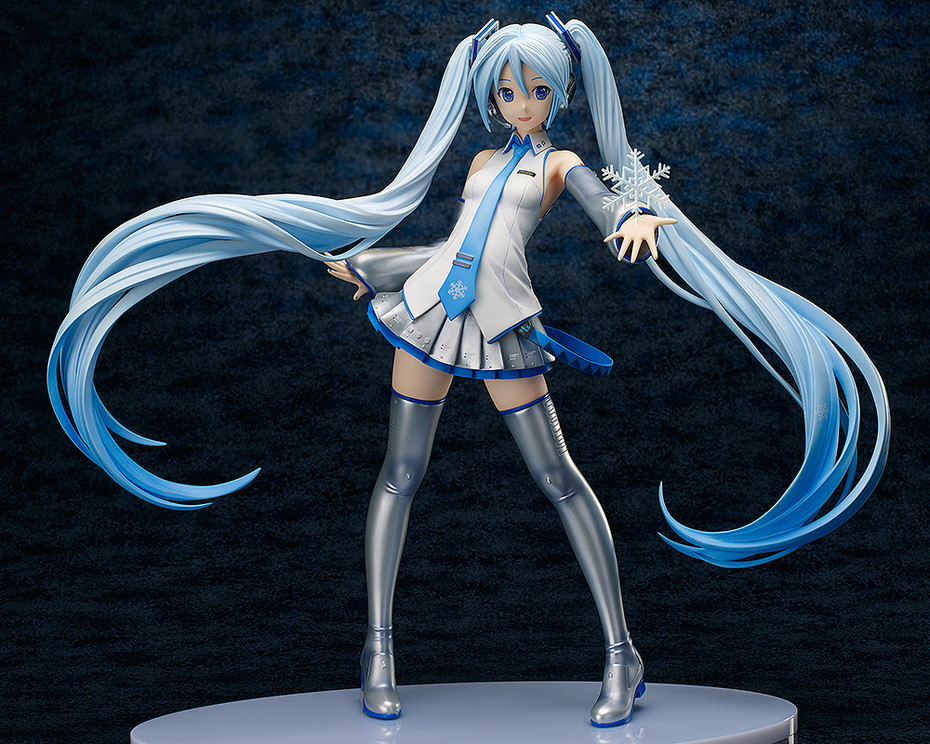 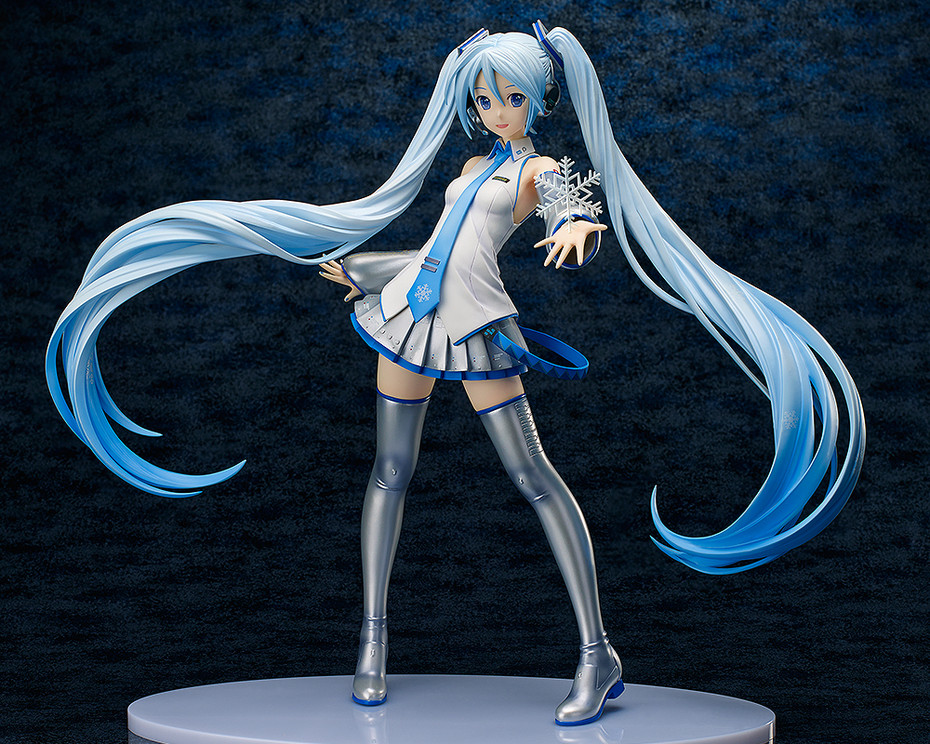 If you want to snag yourself a Snow Miku, you can order her direct through Goodsmile’s online shop for the price of ¥25,741 ($219.96 US) plus tax. She will also be available at various third-party online shops. Pre-orders are slated to end on March 2nd, 21:00JST, and her release is set for some time in June.