It has been announced that an anime adaptation of the manga series Gangsta. has been green-lit. The announcement was made through the wrap-around band on the sixth compiled volume of the manga. 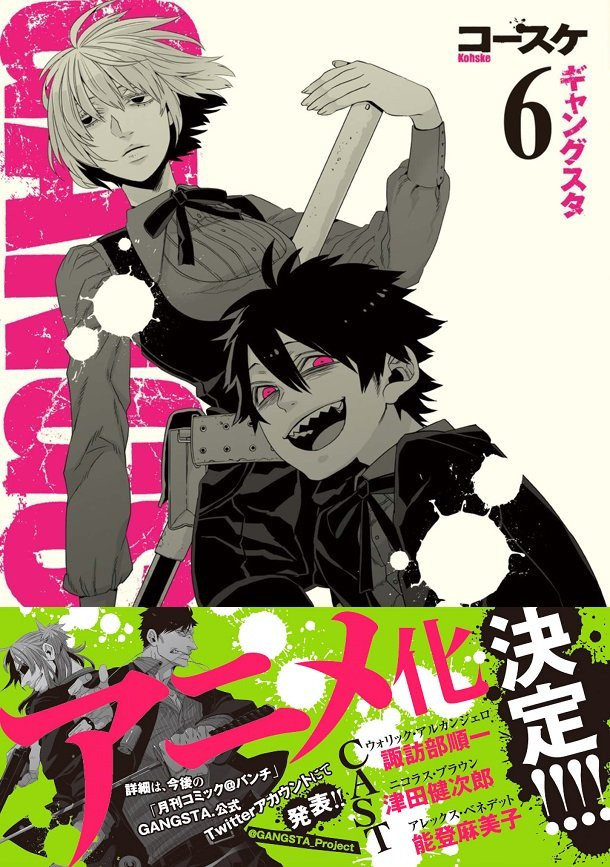 The manga by Kohske (Freelance illustrator and author of two published short manga stories. Her first ongoing serial, GANGSTA., began in 2011. Her second ongoing serial, DOODLE, began in 2013. She currently resides in Hokkaido and owns a pet Java Sparrow named Fumi.) follows Worick Arcangelo and Nicolas Brown, a pair of freelancers in a town that’s chock-full of trouble.