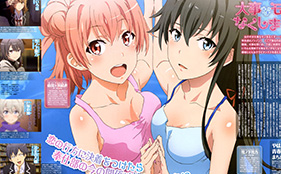 A new visual for the anime adaptation of Wataru Watari and Ponkan8’s Yahari Ore no Seishun Love Comedy wa Machigatteiru. (My Teen Romantic Comedy SNAFU) light novel series has been featured as a double page spread in the July issue of Japanese anime magazine Animedia. The new visual features Yui Yuigahama and Yukino Yukinoshita touching chests in a cute manner. You can purchase this issue of the Animedia magazine here. 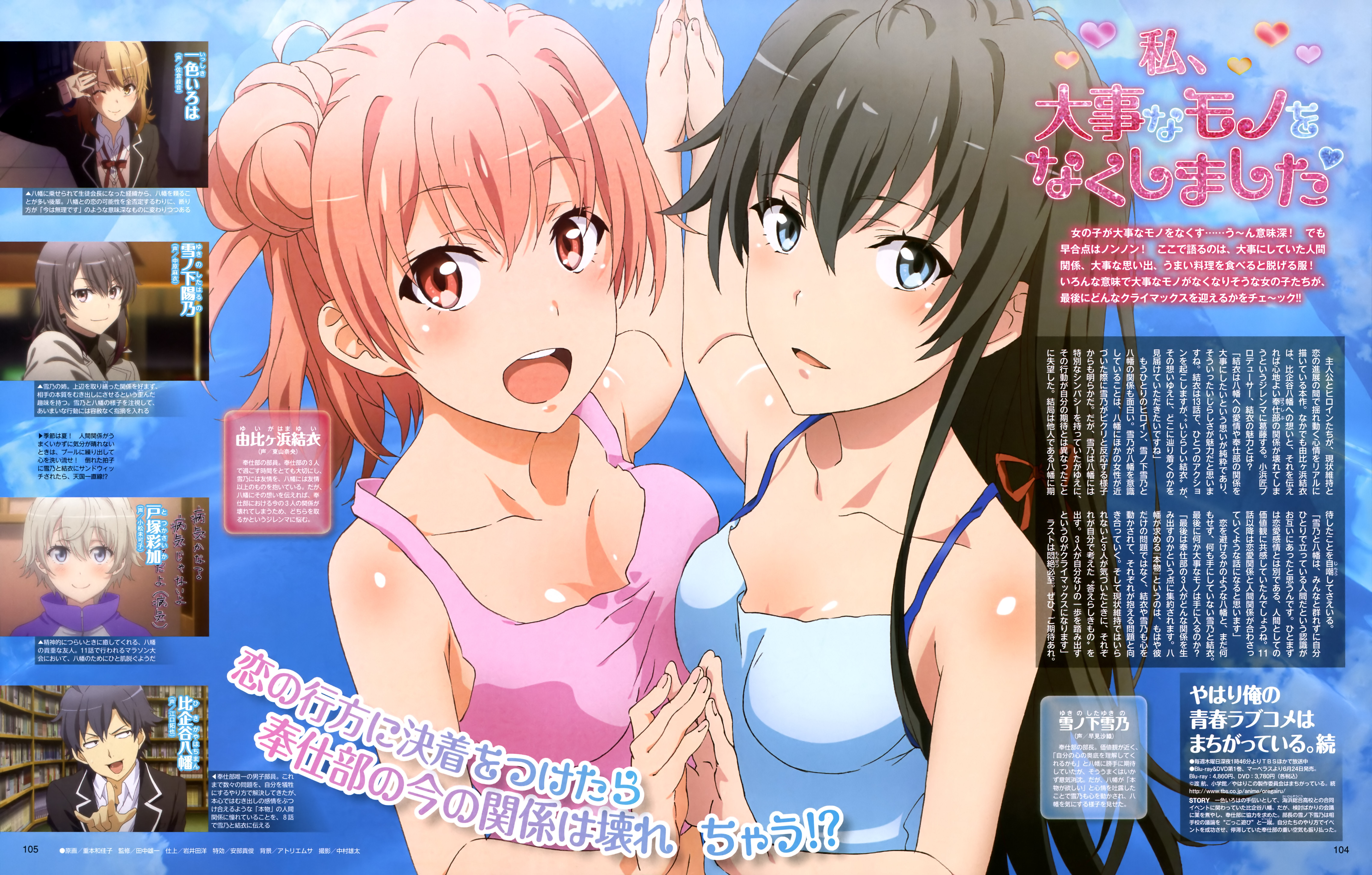 The recent issue of Megami also featured a visual of Iroha Isshiki and Yui Yuigahama revealing signs of plot.