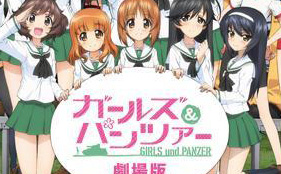 Earlier this week was the 18th annual Oarai Anglerfish Festival where it was announced that the upcoming Girls und Panzer movie will be releasing in Japan in Summer next year, (the film itself was scheduled to release this year). Additionally, the film’s first visual was also released. 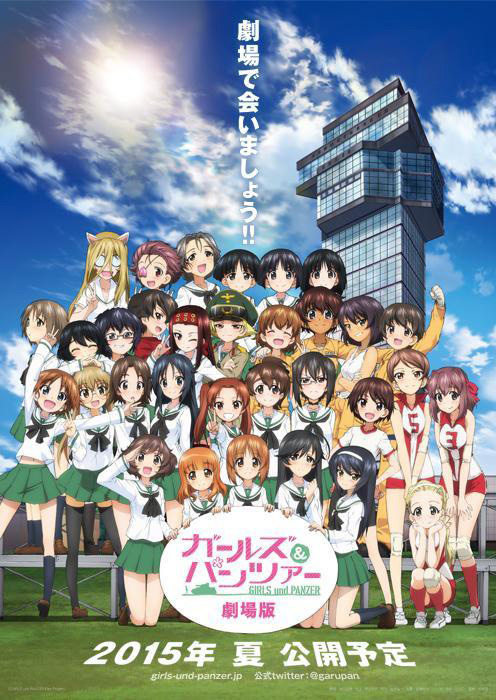 The Oarai Anglerfish Festival is an annual event held in Oarai, Ibaraki celebrating the local marine industry. It is also the location of the setting of the Girls und Panzer anime. The new visual itself features the Oarai Marine Tower in the background. Since the anime’s release, the festival has been gaining more and more visitors with lots of merchandise being sold at the event. Other special anime products includes cutouts of the anime’s characters, anime themed cars – or itashas, anime themed tanks, and even a talk show from the anime’s main cast. The event also revealed that Tsutomu Mizushima (Another, Invader! Squid Girl), the director of the anime will return to direct the film.

The first promotional video for the film released in July this year:

Girls und Panzer is an original anime series that aired from October 2012 till March 2013. The series is produced by studio Actas (Mermaid Melody Pichi Pichi Pitch Pure, Switch) and directed by Tsutomu Mizushima (Another, Shinryaku! Ika Musume). Four manga adaptations of the series were produced since 2012 and all of which are published by Media Factory. A light novel adaptation was also produced in 2012, as well as a video game based on the series that released on the PlayStation Vita in June this year.

The Girls und Panzer movie will be releasing in Japanese theatres in Summer 2015. More information about the series will be released in the upcoming months.