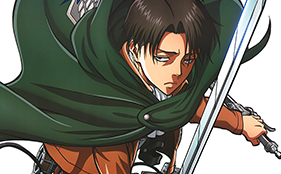 A new visual of the anime adaptation of Hajime Isayama’s Attack on Titan manga series has been featured as a poster visual in the July issue of Japanese anime magazine Animedia. The poster features Levi Ackerman of the Survey Corps. You can purchase this issue of the Animedia magazine here. 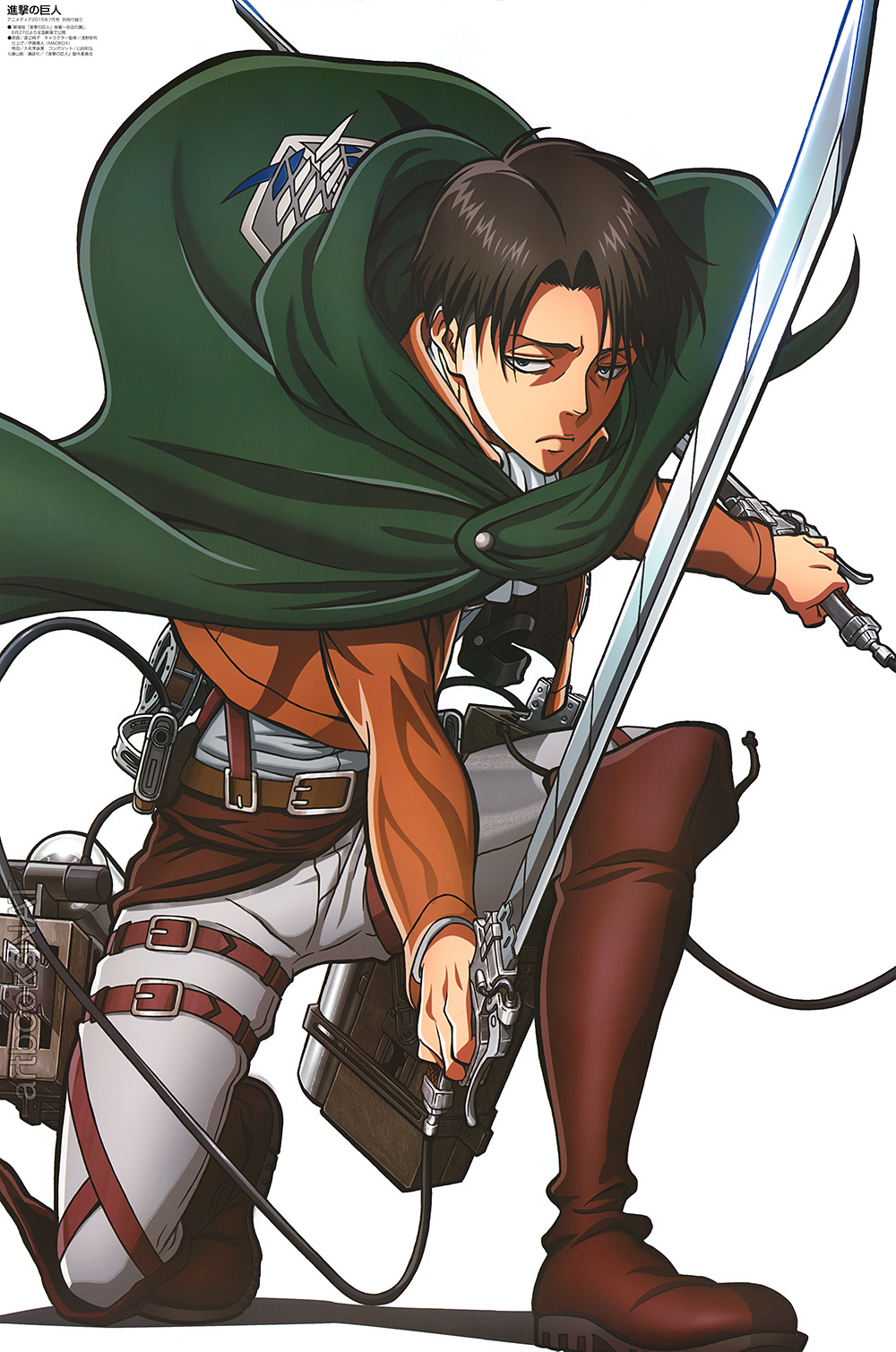 A new trailer for the second Attack on Titan movie, Shingeki no Kyojin Movie 2: Jiyuu no Tsubasa / Attack on Titan: Wings of Freedom, the second compilation film based on the anime series. The second movie will cover the last 12 episodes and will debut on June 27, 2015. The films will not just be the original series edited into a movie length feature, as there will be some changes. The movie will feature new audio with a 5.1 surround sound remaster, and a complete redubbing with the same cast members.