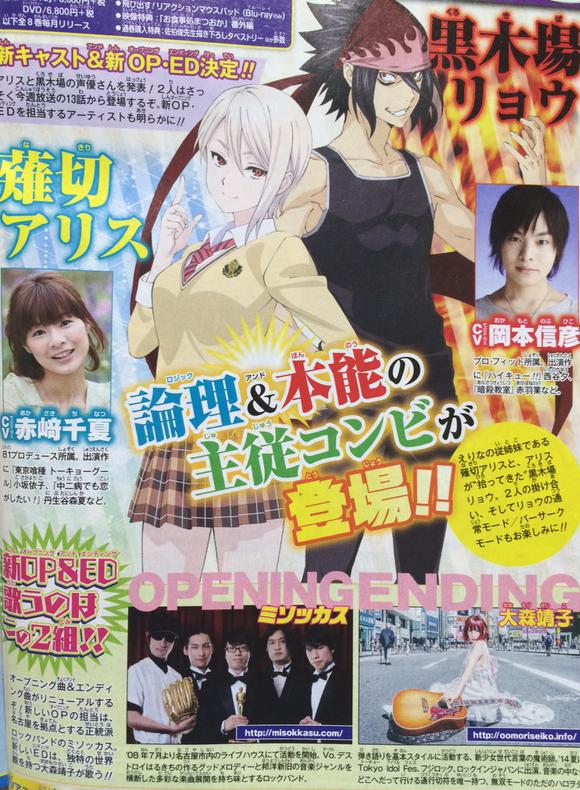 The current anime cast are as follows:

The staff members of the production crew are as follows: