A commercial for the anime adaption of Grisaia no Kajitsu was broadcasted by Japanese television station Tokyo MX on Friday. The 15 second commercial features the voices of the 5 female leads and plays the theme song Rakuen no Tsubasa (Wings of Paradise) by Maon Kurosaki (Jormungand ED). Though not featured in the commercial, fripside vocalist Yoshino Nanjou (Love Live! School Idol Project OP and ED) will be singing the ED.

The cast will include:

The anime’s production team are as follows: 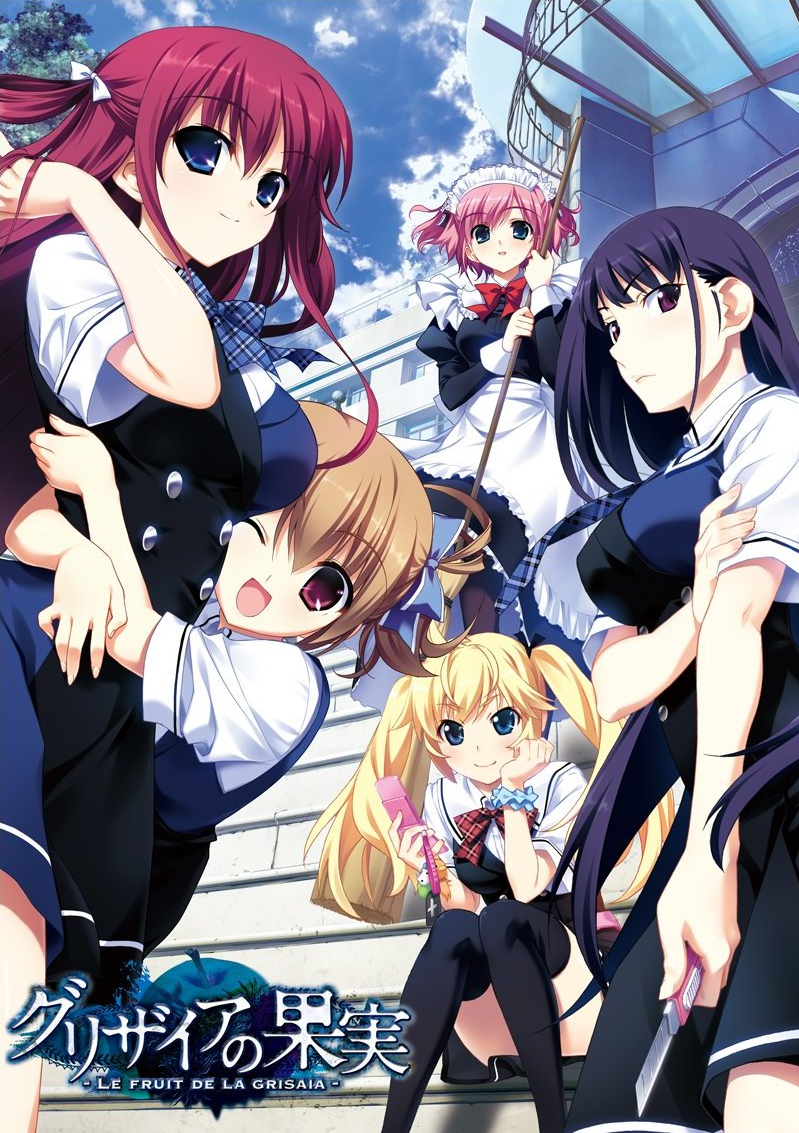 Grisaia no Kajitsu is an anime adaptation based off of the 2011 Japanese visual novel by Front Wing of the same name. The novel features character designs from Akio Watanabe and Fumio (Tomoyo After ~It’s a Wonderful Life~), scenarios written by Nachi Kio, Ryuta Fujisaki, Yoshigazu Kuwashima, and Kazuya, with Elements Garden (Mouretsu Pirates) composing the music. The visual novel won the 2011 Moe Game Awards grand prize, as well as various other awards for its scenario and music. Two sequels followed the release of the original, in 2012 and in 2013. The first novel was ported to the PlayStation Portable and PlayStation Vita last year. Additionally, a manga adaptation began serialization last February.

It follows the story of Yuuji Kazami, a boy with a dark past and a dark demeanor. He enters Mihama Academy trying to become something that he is not. Mihama Academy is a prison-like school, with only five other students. Yuuji is informed that every other student has their own “circumstances” and he need not do anything to interfere or change anyone else. However, Yuuji will soon prove to be the foothold that the other students needed in order to take hold of their own lives and overcome their pasts.

Grisaia no Kajitsu synopsis from Haruhichan:

Grisaia no Kajitsu will be airing October 2014 on Tokyo MX.