The official website of Gundam: G no Reconguista has released a new video which features the first 10-minutes of episode 1. From August 23, 2014 to September 5, 2014 first three episodes will be screened at Gundam: G no Reconguista events to be held in Tokyo at Shinjuku Picadilly and TOHO CINEMAS Nihonbashi. The episodes will also be streamed on “d Anime Store” from September 8, 2014 to September 30, 2014. Regular TV broadcast will start on October 4, 2014 on MBS.

The cast of the anime was revealed on a while ago as well. The majority of the character designs were also released and are as follows:

In addition to the character designs, the first images of the mechs that will be appearing in Gundam: G no Reconguista.

The anime’s official website has also revealed the production crew for the series, which will involve : 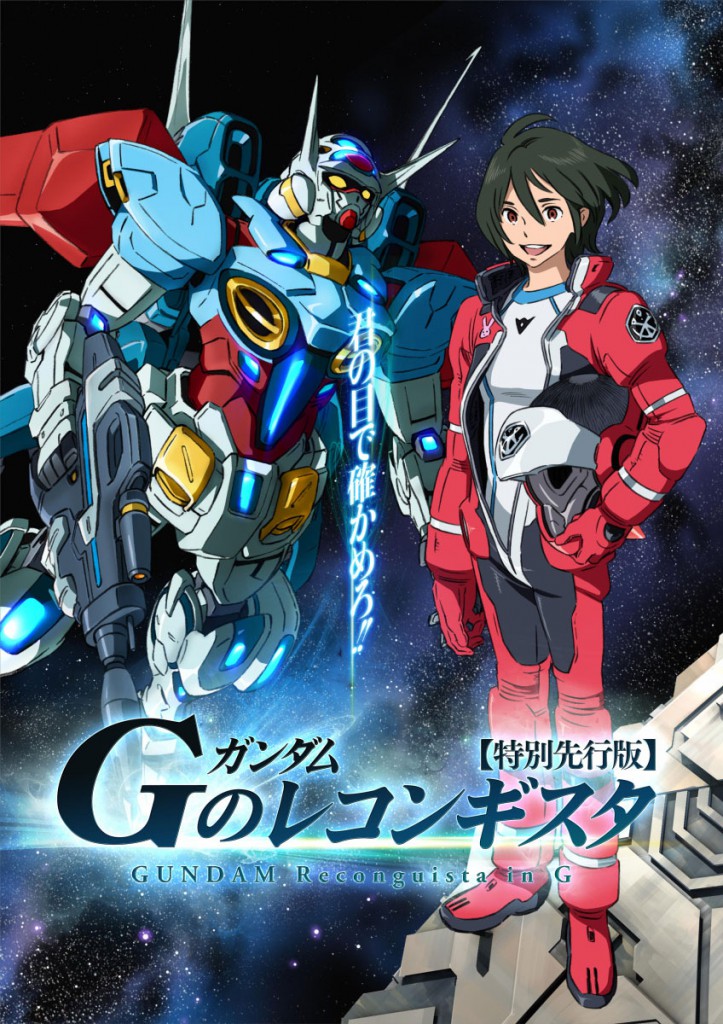 Gundam: G no Reconguista will be airing this October, during the Fall/Autumn 2014 anime season. Further information on the anime will release soon.

It is set in “Reguild Century,” the era set after the Universal Century, and it will follow the adventures of a pilot trainee named Beruri Zenamu in Capital Guard, an organization protecting a space elevator.