The official site of a new original anime titled Shirobako has been launched. It will be aired during the fall 2014 anime season. It is a collaboration of the director Tsutomu Mizushima (Another, Girls und Panzer, Witch Craft Works, Plastic Nee-san) and the studio P.A.Works. More information will be announced during Comiket 86 doujinshi mega-event. 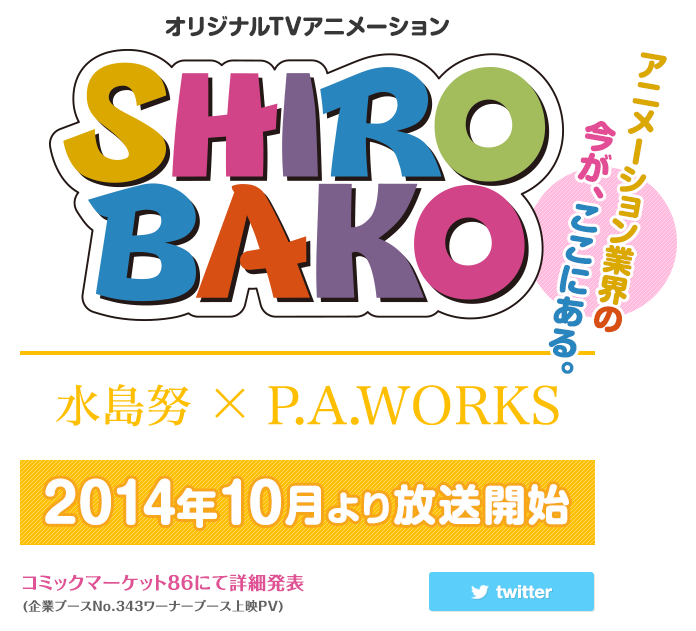